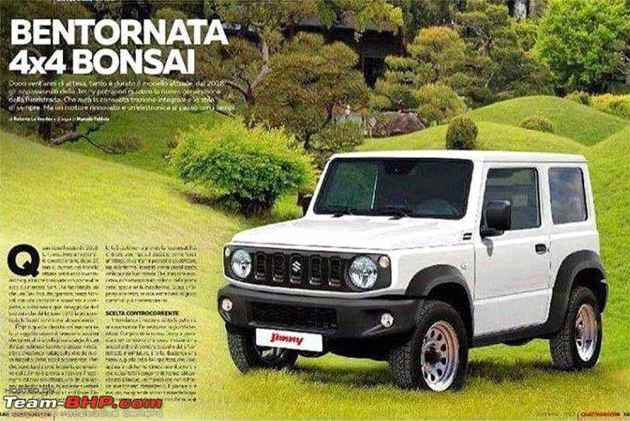 The fourth generation Suzuki Jimny, which is coming after two decades, is making all the right waves! For the uninitiated, the Maruti Gypsy is the second generation Jimny and while it was discontinued globally in 1998, it is still on sale in the country. 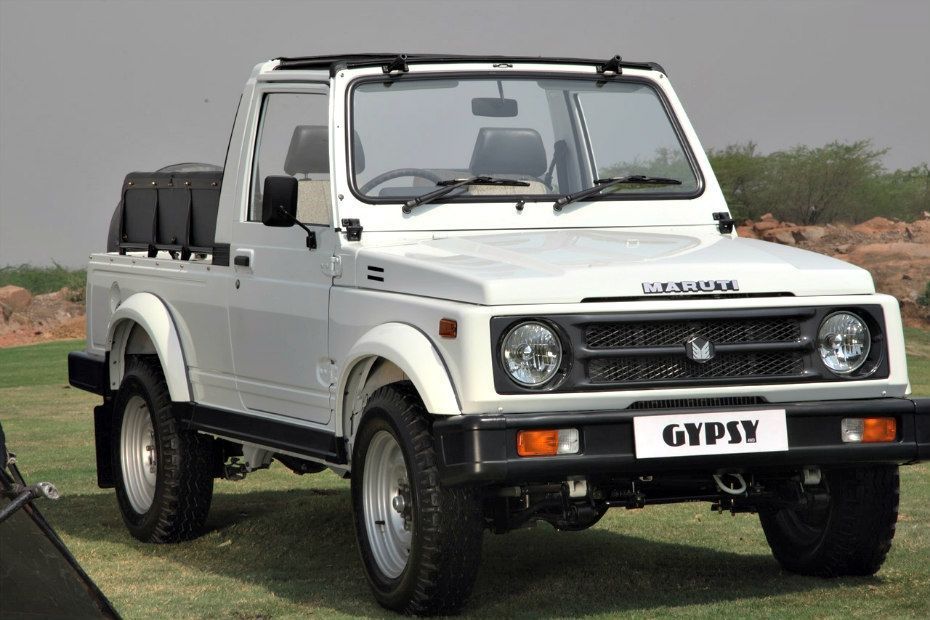 The all new Jimny was spied for the first time earlier this year, while its undisguised production-spec model surfaced online a few days ago. Now, the 2018 model has been spied again, this time featured in a magazine. The new Jimny was expected to make its global debut at the 2017 Tokyo Motor Show in October, but that didn’t happen. However, it is now believed to make its premiere at the 2018 Geneva Motor Show in March. 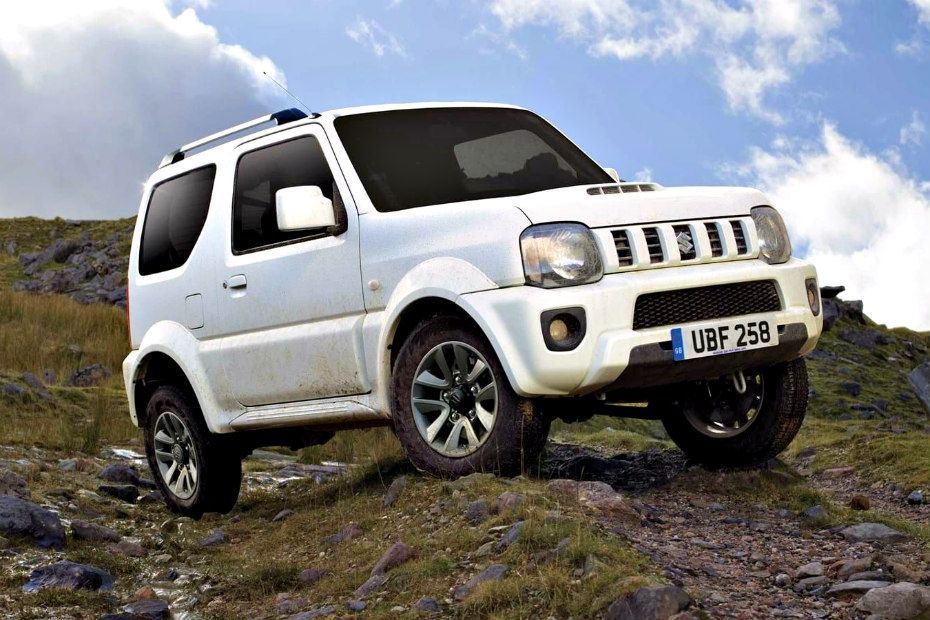 It is pretty much evident that Suzuki has not parted ways with the classic Jimny theme with the new gen model. The boxy silhouette makes it unmistakably Jimny, especially that Gypsy-like clamshell bonnet with twin openings at the sides. Additional Gypsy-inspired touches include circular headlamps, which were also present in the outgoing model, chunky wheel arches and rear bumper placed tail lamps. It boasts a very retro-modern character much like the newly introduced 2018 Jeep Wrangler. These are some of the cars on this planet that will never deviate from their classic styling because that’s what people adore about them. 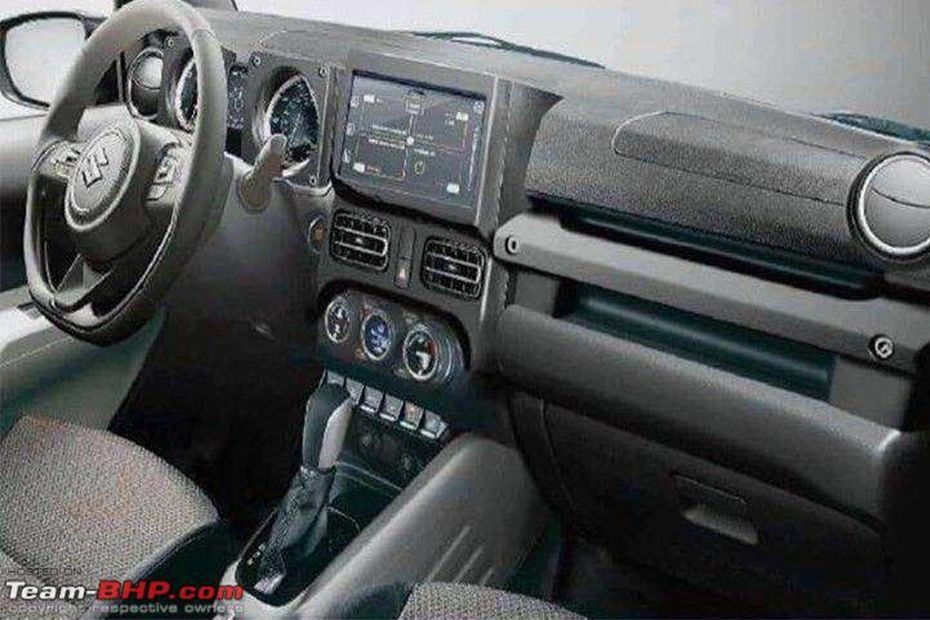 Even the interior of the fourth gen Jimny are inspired by the Gypsy thanks to its retro styling. Notice the two-dial instrument cluster, which looks similar to the Gypsy’s. Beside this, it has borrowed parts from various new age Suzukis. The auto climate control unit has been borrowed from the upcoming Maruti Suzuki Swift along with the flat-bottom steering wheel (also available with the Maruti Suzuki Dzire). The switches are borrowed from the Ignis while the 7-inch SmartPlay instrument cluster is shared among all Suzukis. 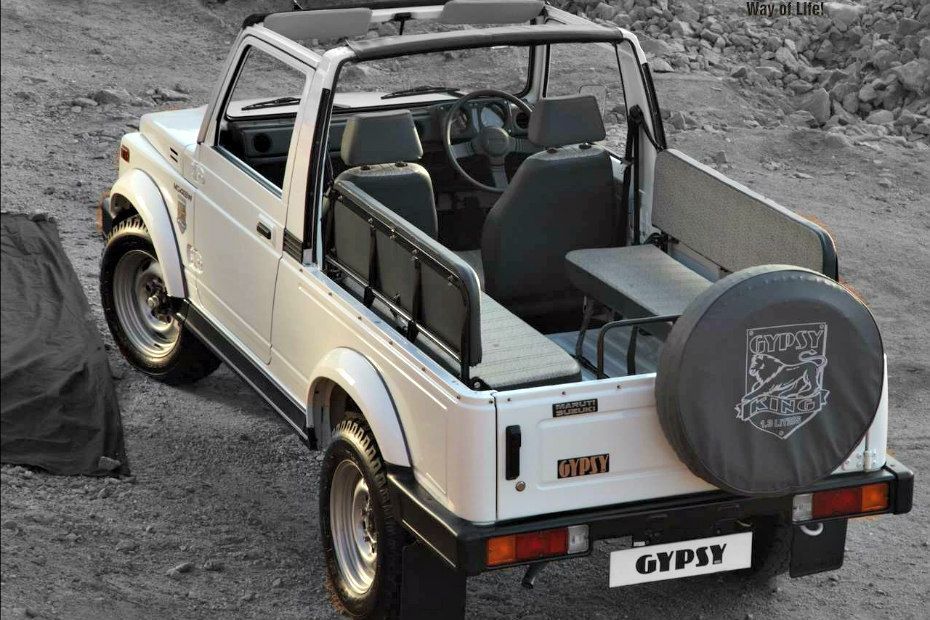 The 2018 model is expected to feature multiple airbags compared to the dual front ones in the current 20-years-old model, along with several additional safety add-ons. Mechanically, it is likely to be powered by the naturally aspirated 1.2-litre petrol motor and the 1.0-litre Boosterjet turbocharged petrol. The outgoing model is powered by a 1.3-litre naturally aspirated petrol engine which is mated to a 5-speed MT or a 4-speed AT in a four-wheel-drive setup. Like before, the fourth gen model is expected to continue with the rugged body-on-frame setup. 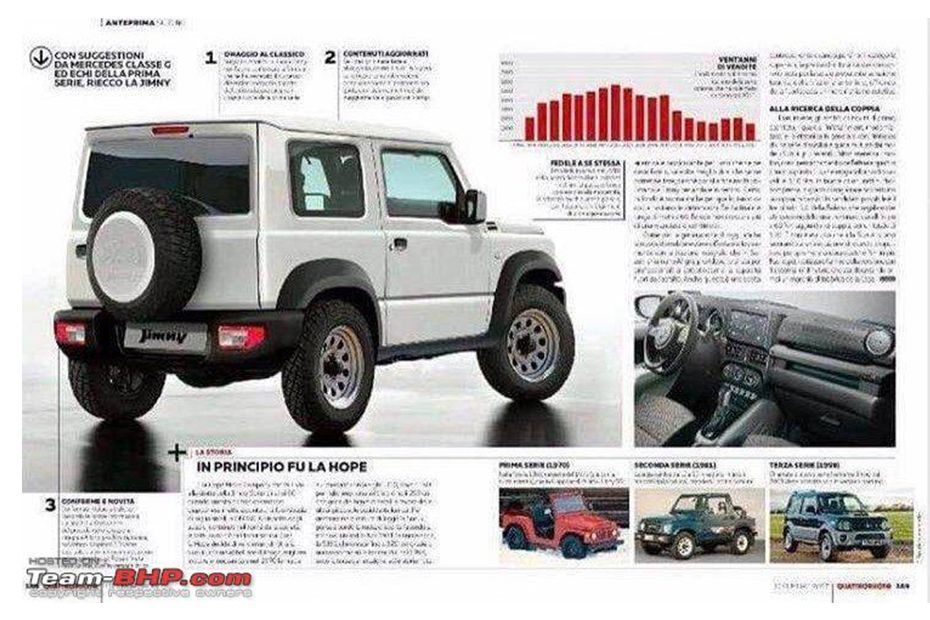 We believe that Maruti Suzuki will introduce the new Jimny in India to replace the ageing Gypsy. Now, even armed forces have opted for the Tata Safari Storme in place of the Gypsy, which was also already dead in the market long ago. Also, there’s no true blue off-roader in Maruti’s lineup apart from the Gypsy, which is hardly rolling out of the showrooms. It could be placed in the Nexa’s lineup as a niche 4x4 offering!