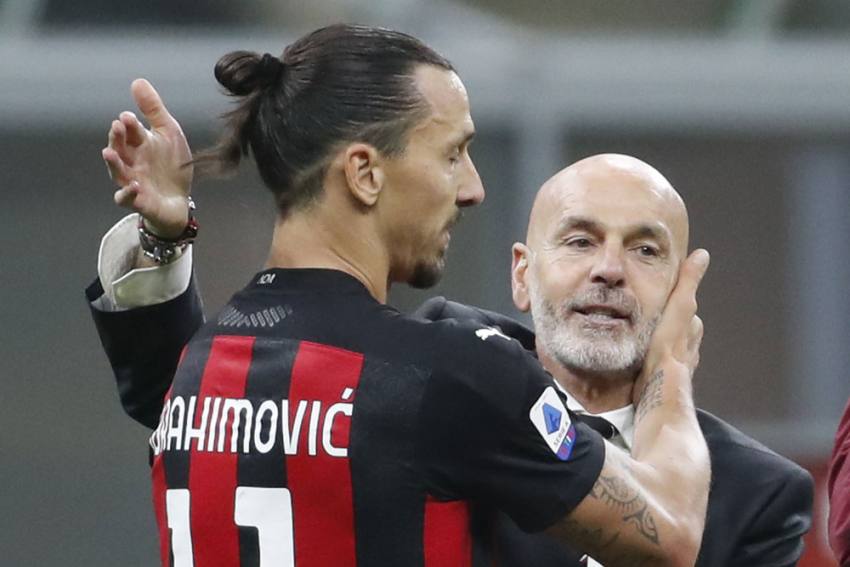 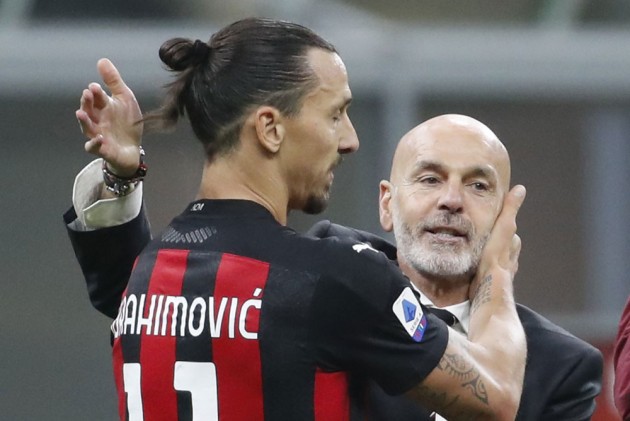 Saturday's 2-1 victory over Inter ended a nine-game winless run in Serie A away games against their city rivals, who had won each of the previous four derbies. It was also Milan's 1,400th victory in the top flight, a tally only previously reached by Inter and Juventus.

But this was all about the present, about a Milan side who look capable at last of at least returning to the Champions League. They are vibrant, spirited and clinical – everything a modern team needs to be. It just so happens that their star performer turned 39 two weeks ago.

Zlatan Ibrahimovic scored twice in three minutes at San Siro to put Milan on their way. He won a penalty after driving beyond Aleksandar Kolarov and drawing a foul and was then alert enough to turn in the rebound after Samir Handanovic saved his spot-kick. He struck again 16 minutes in, an emphatic first-time finish at the end of a swift break that left Inter on their knees. He now has eight goals in this fixture, six for Milan and two for the Nerazzurri, and is only four behind record-holder Giuseppe Meazza. He tested positive for coronavirus three weeks ago.

Milan rode their luck from there, it's true. Romelu Lukaku, who pulled back a goal in the first half, could conceivably have scored four. He spurned a free header, won a penalty only for VAR to intervene with an offside call, and he prodded wide when it seemed harder to miss. The man who had scored with every 1.7 shots in Serie A this year looked suddenly without poise in front of goal.

But this is a mark of this Milan, Stefano Pioli's Milan, a team who have scored in 24 league games in a row, taken 57 points in 2020 and won their first four league matches of a season for the first time since 1995-96: after years in the relative wilderness, they are not pushovers any more. They make you falter.

38 - Zlatan Ibrahimovic has now equaled Silvio Piola as the player who has scored the most times 2+ goals in a Serie A game after the age of 38 years: four. Vin. #InterMilanpic.twitter.com/mFvmNyUBFQ

Ibrahimovic is at the heart of that. He exudes authority and demands success, even now, less than a year out from his 40th birthday. Only Silvio Piola has scored twice in four separate Serie A games after turning 38 other than the Swede, and there is no doubt Ibrahimovic will do so again. The man who scored 14 goals in 29 games to fire Milan to their last Scudetto in 2010-11 is dragging them into another title race few would have expected 12 months ago.

How Inter boss Antonio Conte would have wished for such displays from his own veterans. This was not a game that reflected well on his insistence on signing experienced heads over exuberant talent.

Kolarov distributed well as part of the back three, completing 39 of 49 passes, but looked every inch a converted full-back who turns 35 in November as even Ibrahimovic ran beyond him. Arturo Vidal, a Conte stalwart from their Juventus days, was a midfield wrecking ball who was taken off before he was sent off. Alexis Sanchez and Christian Eriksen were thrown on in hope more than expectation, as Inter ended the second half with just one shot on target.

Inter's title credentials may have taken a hit, but Milan's are only getting stronger. Four wins from four, nine goals scored and one conceded is form to be reckoned with, however early in the season it may be.