Yearender 2021: Olympic Glory, Heartbreak And A Murder Story In Dangal Of A Year For Indian Wrestling

Vinesh Phogat's disappointment in Tokyo 2020 was offset by medals from Ravi Kumar Dahiya and Bajrang Punia but Sushil Kumar ended up in jail in a roller-coaster 2021 for Indian wrestling.

A wrestling icon's disgraceful fall from grace, tears and cheers in Tokyo Olympics and emergence of new talent, 2021 was an eventful year for Indian wrestling. (More Sports News)

Double Olympic medallist Sushil Kumar hogged the limelight in 2021 for the wrong reasons. His attempt to secure a berth for Tokyo Olympics was well appreciated but Sushil Kumar tarnished his image after he was reported for murdering a wrestler.

Wrestling is synonymous with muscle power. While movies like Dangal have been made on how women overcame social taboos to fight just like the men, the sport continues to suffer from some controversy or the other.

If doping tarnished Indian wrestling's image before Rio 2016, it was the murder charges on Sushil Kumar that once again consigned the manly sport to the realm of rowdyism.

Sushil Kumar's sensational fall from grace was a body blow to Indian wrestling. When he was preparing himself for one last hurrah at the Tokyo Games, Sushil Kumar found himself lodged in Tihar Jail after being charge-sheeted in the murder case of a fellow wrestler, Sagar Dhankar.

The way the 38-year old Sushil, the only Indian wrestler to have won two Olympic medals and a world title, played hide and seek with the police before being arrested, exposed the dark underbelly of Indian wrestling ecosystem. Recently, a senior official was seen slapping a young wrestler in public.

But Tokyo 2020 brought some cheer to India. If Sakshi Malik won India a bronze in Rio 2016, the breathtaking rise of Ravi Dahiya at the Olympics and Bajrang Punia's expected podium finish restored the image of Indian wrestling. 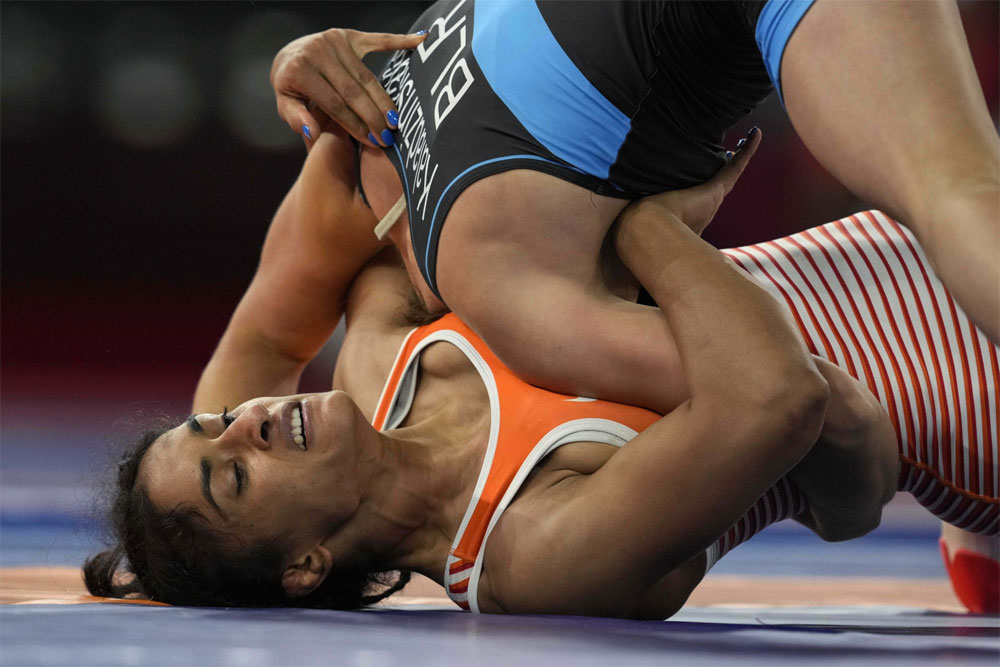 Bajrang Punia and Vinesh Phogat were considered favourites to win medals at Tokyo by virtue of their international performances leading up to the Summer Games. But the script did not unfold the way India saw it.

Vinesh Phogat, a member of the famous Phogat clan of Dangal fame, ended up heartbroken in Tokyo 2020. In Rio 2016, she was hurt by a leg injury, in Tokyo, as Vinesh claimed, she was done in by a combination of health issues - mental and physical in the 53-kg class.

In sport, especially power sports, the stability of mind helps athletes overcome physical obstacles during big match moments. Vinesh, in spite of her experience, came a cropper in Tokyo and was later hauled up by the Wrestling Federation of India for indiscipline. It was a sad ending for Vinesh, who was nominated for the World Comeback of the Year Award by the Laureus Sports Foundation in 2019. 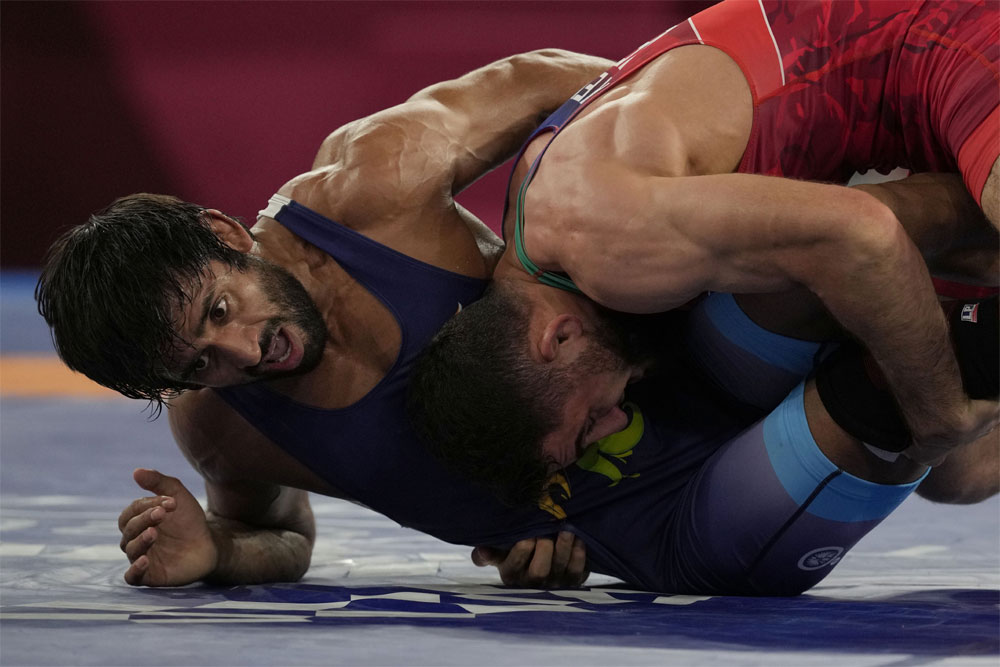 The power of the mind was best displayed by Bajrang Punia, who did not throw in the towel after aggravating a knee injury in the final rounds at Tokyo 2020. After his 2019 world championship bronze, Bajrang Punia hardly lost a tournament and despite the tough competition in his 65kg category, Bajrang was expected to reach at least the final in Tokyo 2020. He finished with a bronze.

But the man who caught everyone by surprise was Ravi Kumar Dahiya. The hype around him was much less. He loved to stay in the shadows of a Bajrang or a Vinesh but when the Games began, Ravi Dahiya went from strength to strength.

In the semifinal against Kazakhstan's Nurislam Sanayev, Ravi Kumar Dahiya displayed power of his mind by coming back from the dead. Trailing 9-2 with less than a minute to go, Ravi turned the bout on its head and pinned his rival down.

Ravi could not repeat his success in the final against Russia's Zavur Uguev that left him disappointed man. After all, he was only the second Indian ever competing for an Olympic gold.

Despite the controversy surrounding Vinesh Phogat, women's wrestling is getting stronger in India. Anshu Malik from Haryana is making waves in the junior circuit. The 20-year-old won the senior Asian title and qualified for the Tokyo Games too but lack of experience at the big stage laid her low.

But Anshu Malik proved a point when at the Oslo world championships, she entered the history books by becoming the first Indian woman to make a final. Anshu could not beat two-time Olympic medallist Helen Maroulis of the USA in the final but certainly cemented her place in India's wrestling record books.

Not far behind was Sarita Mor. She won a bronze at the Oslo world meet, showing steely nerves and proving she had the potential to strike it big in world class events.

Internationally, India have done really well at the junior and cadet levels. Freestyle wrestling has been India's biggest strength while the Greco-Roman wrestlers have been disappointing. Sensible planning, cool heads and fair selection trials will remain the biggest of challenges as India prepare for Paris 2024.