New Zealand thumped India by eight wickets to lift the inaugural ICC World Test Championship mace, a feat which Ross Taylor said will take a while to sink in 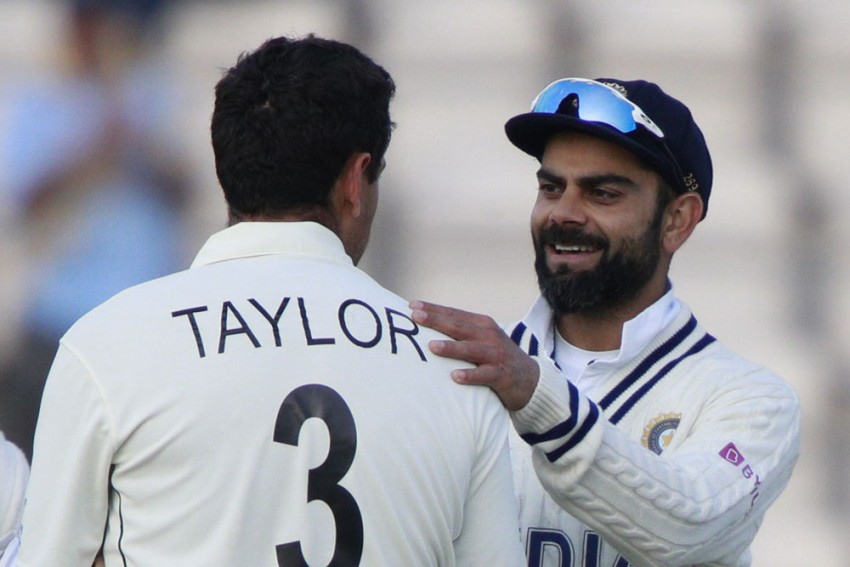 Winning the World Test Championship is the "highlight of my career", gushed Ross Taylor, who thought New Zealand didn't really have a team to win a world title when he started his career with the side back in 2006.

New Zealand thumped India by eight wickets to lift the inaugural World Test Championship mace, a feat which Taylor said will take a while to sink in.

Taylor himself contributed in the massive win with his 47-run knock and unbeaten 96-run stand with skipper Kane Williamson in a chase of 139.

"Still sinking in but it's been a couple of years coming. Lot of rain but the way the team fought from day one, to be out there in a crucial situation for a little bit, it's something I'll never forget. This would have to be the highlight of my career," Taylor said after the match.

"At the start of my career, I felt we probably didn't have the side to do this. But I am sure there are a few Kiwis waking up who will be very proud. There was a lot of pressure, it was nice to be standing up to it."

Another Black Caps veteran, wicketkeeper B J Watling, who retired with this game, said he never imagined that he would be in a team of world champions.

"No, I didn't imagine I'd end as a World Test Champion. My family back home, my mum has stood up for me in tough times, my wife Jess and the two boys - a thank you to all of them.

"It's been a hell of a journey. Huge support over the years from my mates. We've got a special group, this is a great way to finish," he said.

Their colleague Tim Southee too was overwhelmed by the achievement and credited consistency for his side's success.

"We started this journey two years ago. To be sitting here as champions is special. There's a lot of hard work that has gone into it," the pacer said.

"Consistency comes to mind: consistency through performances, consistency in selection. We do a lot for each other. It's satisfying to achieve what we have. The turnaround dates back to beyond the last couple of years."

Southee said the team never had the doubt about the chase but it felt "probably the longest 139 runs I've experienced."

"The change room was a lot calmer knowing we had two experienced guys out there," he said.

"As any international sports person, you want to look for ways to get better. That's what I've gone. This group has pushed each other to get special, work on skills and fitness," he concluded.