Kolkata-based Shree Cement, which has a turnover of over Rs 12,000 crore, on Wednesday signed a letter of intent to buy a 76 per cent stake in East Bengal 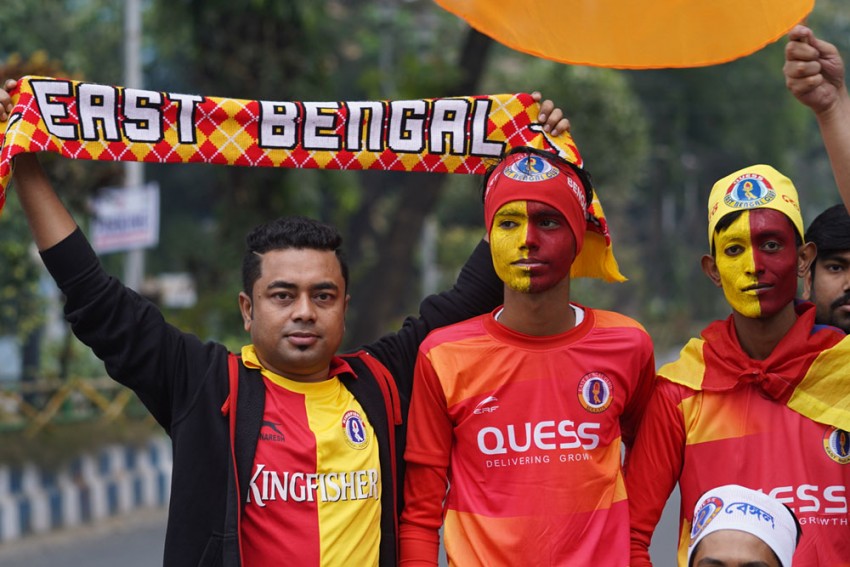 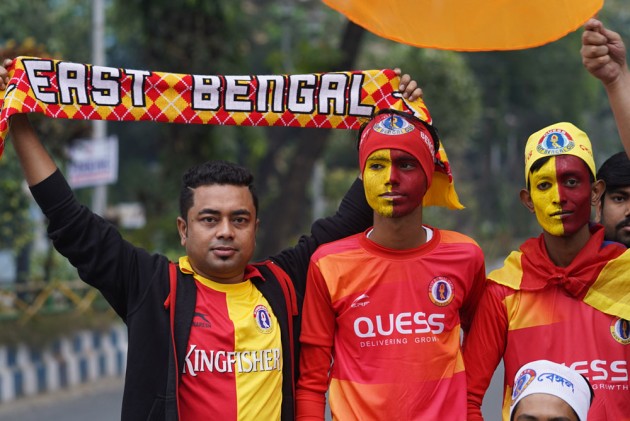 East Bengal will figure prominently in the new name and its jersey colour won't be tinkered with, owner of Shree Cement Hari Mohan Bangur, who has acquired a majority stake in the iconic club, said on Thursday. (More Football News)

Kolkata-based Shree Cement, which has a turnover of over Rs 12,000 crore, on Wednesday signed a letter of intent to buy a 76 per cent stake in East Bengal, paving the way for the century-old club's entry into the top-tier Indian Super League.

In an exclusive interview to PTI a day after the big announcement, the company owner, who is also its managing director, outlined his plans with the club and hoped the relationship "continues perpetually".

"Fans of East Bengal must note that we will bring back the glory of East Bengal. The objective is to return the glorious past of the club," Bangur said.

The formal handover is expected to be completed by the middle of the month so that they can pick the board of directors and the chairman to run the show, which will include finalising the club's name and jersey colours among others.

"We have not thought about the name yet but East Bengal will be very much part of the name and figure prominently.

"But we too want to take some recognition somewhere or other," he said, indicating that there may be a prefix to East Bengal, similar to ATK Mohun Bagan FC.

"We would like to maintain the tradition. We will give full prominence to the jersey colours and logo. We want to give recognition to everything."

The top priority is to enter the number one league in the country in its seventh season, which is scheduled to be held in Goa from November to March.

Time is fast running out for East Bengal and the Football Sports Development Limited, the organisers of ISL, are yet to float a tender for a new team's inclusion.

But Bangur remains "100 per cent" hopeful.

"We are 100 per cent hopeful of completing the formalities and play in the ISL. We will definitely play this season," Bangur said.

"The handover is yet to be done, the intent to take over was signed yesterday. Within 5-10 days, by the middle of the month we will finalise everything."

The deal has also set the stage for the much-anticipated derby clash with Mohun Bagan in Indian football's top tier.

"Derby is long way to go. First let us make the team, be part of the league. Then we will talk about it. Definitely we are very, very excited.

"We will be very competitive on the field, make good teams, rest is up to the team as wins and losses are part and parcel of the game."

"The club has given us football and many other rights. We have long-term planning. I hope it continues perpetually."

"All sports want money and professionalism. Sport will not go forward unless you have big money.

"We have to have good coaching, players, facilities, and for that one way or other some hand holding was necessary. Shree Cement and East Bengal will become good partners."

Talking about their association with sports, he said: "We have been associated with bridge for a long time and have organised many tournaments at state and national level. We have two teams and won many tournaments."

With Mohun Bagan already making the ISL riding two-time champions ATK, it compounded the misery of legions of East Bengal fans, as the club struggled to get its sporting rights back.

It was then, West Bengal Chief Minister Mamata Banerjee came to their rescue and personally involved herself in the negotiation before making the announcement at the state secretariat, Nabanna.

"Let's not get into the details of the history of how the deal was materialised. Didi's (Mamata Banerjee) inspiration, guidance and blessings made it possible. We are very clear to you."

"East Bengal were in search of an investor for quite a long time, and their negotiation last time broke in the final stages.

"And for us, we thought this was an opportunity to become a long-term investor and serve Indian football."

Bangur said they were never apprehensive about the deal despite East Bengal's fallout with Quess Corp.

"At this point of time we think that things will work out very well. We never faced any difficulty. I don't know what happened with Quess, it's their problem," he said.

Too much of interference by club officials in football activities was seen as a reason behind the premature departure of Quess.

"Why will there be interference? We will walk together. Ultimately our objectives are the same. We will handle everything well," Bangur said.

It is learnt that Shree Cement will have maximum representation in the Board.

"We will bring all competent people. There is no point bringing people without any knowledge of running the show," he said.

ICC Should Standardise One Brand Of Ball In Tests: Waqar Younis