After posting 157/8, Pakistan restricted West Indies to 150/4 to win by seven runs 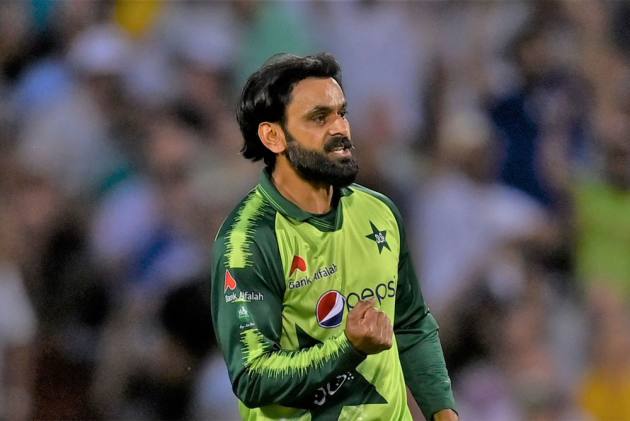 Left-handed Pooran smashed six sixes and four boundaries on Saturday but his unbeaten 62 off 33 balls could carry the West Indies to only 150-4.

Pakistan was put into bat first and scored 157-8 with captain Babar Azam (51) and Mohammad Rizwan (46) continuing to score heavily up front.

Jason Holder grabbed 4-26 and Dwayne Bravo got the wickets of Mohammad Hafeez and Fakhar Zaman off successive deliveries as Pakistan lost six wickets for 23 runs in their last four overs.

Rizwan and Azam combined in a 67-run second wicket stand before Rizwan was run out in the 15th over.

Holder returned in the 17th over and Azam was out caught behind after a television referral. The Pakistan captain walked off the field in disbelief.

The West Indies power-hitters couldn’t mount a charge against the experienced offspin of Hafeez, who conceded just six runs off his four overs and clean-bowled Andre Fletcher with his second delivery.

Legspinner Shadab Khan (0-22) also gave away just one boundary that strangled the West Indies run chase on a slow pitch.

"We were 10-15 runs short, but our bowlers bowled very well, and I think we should give them credit," Azam said.

"Hafeez showed his experience in the powerplay and as captain it pleased me a lot."

When Ewin Lewis had to retire hurt due to cramps after scoring 35 off 33 balls, West Indies still needed 82 runs off the last six overs.

"I thought the way the bowlers bounced back shows we’re consistent with the ball," Pollard said.

"At the end of the day we could have taken a few more singles … there are things we continue to look at, and it's all about improvement as the games go on. We were on the losing end today, but all hope isn't lost."

The first T20 was washed out in Barbados on Wednesday. Guyana hosts the remaining two T20s on Sunday and next Tuesday, followed by a two-Test series in Jamaica.