The West Indies were 45/2 in their second innings at Stumps on Day 3 of the second Test against India, still needing another 423 runs for an improbable win in Jamaica 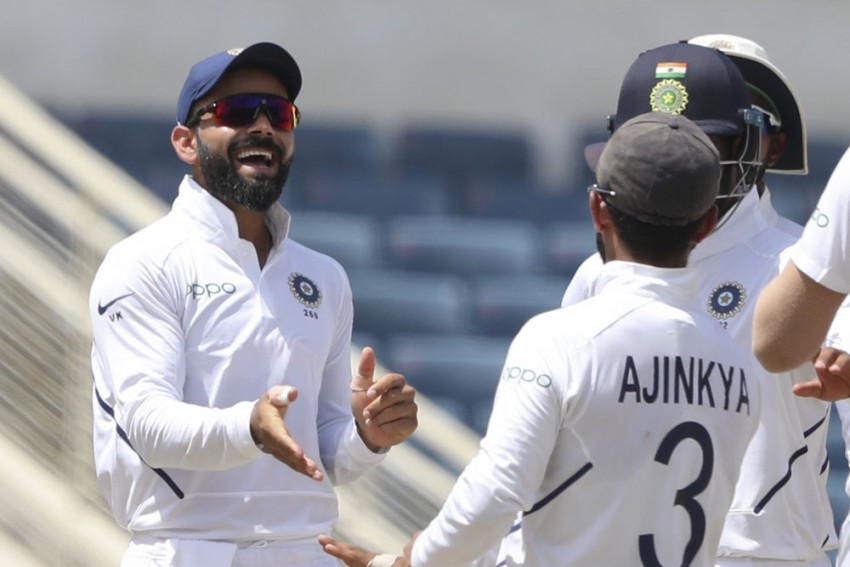 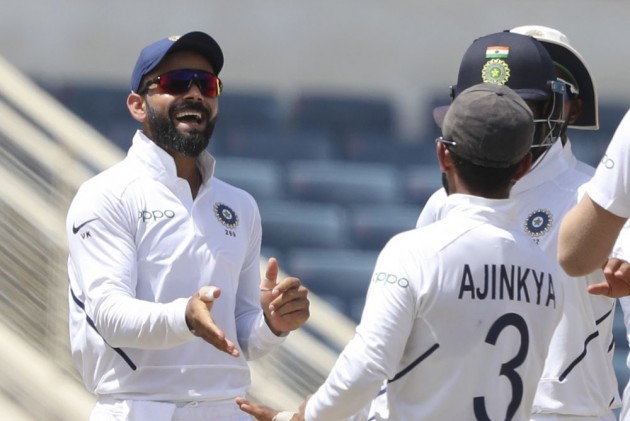 Hanuma Vihari and Ajinkya Rahane took India closer to a series sweep with an unbeaten 111-run stand, helping the visitors set an improbable 468-run target for the West Indies on Day 3 of the second Test at Sabina Park, Kingston, Jamaica on Sunday.

The in-form Rahane (64 not out) and Vihari (53 not out) got India's second innings back on track after the top-four were dismissed for 57 runs. The fifth-wicket partnership allowed India to declare at 168 for four, giving their bowlers 13 overs to have a crack on the struggling West Indies batsmen.

The West Indies were 45 for two at stumps and with their batsmen showing very little application in the series, the hosts are unlikely to get anywhere close to the massive target.

Interestingly, India had decided against enforcing the follow-on despite gaining a 299-run lead by bowling out the West Indies for 117 an hour into the morning session.

The Virat Kohli-led side struggled against top-quality fast bowling from the West Indies and laboured to 73 for four in 37 overs at tea. However, the momentum was back with India in the final session where Rahane and Vihari extended their good run in the series.

Kemar Roach was all over the Indian top-order but the way Vihari played him was commendable. His 76-ball innings comprised eight fours including a delightful straight drive off Roach. Rahane too looked in control in his 109-ball effort that comprised eights fours a six.

Both the batsmen were able to score freely but it was not case in the afternoon session when the batsmen were made to work hard for every run on a testing pitch. The West Indian pacers, led by Roach, made the ball talk.

After dismissing opener Mayank Agarwal (5) before lunch, Roach came out firing on all cylinders and removed K L Rahul (6 off 63) and India captain Virat Kohli (0 off 1) off successive balls to be on a hat-trick.

Both were identical deliveries, pitching just outside off-stump before moving slightly away to take the edge. While it was a rare duck for Kohli, Rahul never really got going before making his way back into the dressing room, leaving India at 36 for three.

Cheteswar Pujara (27 off 66) too found it tough in the middle before West Indies skipper Jason Holder got the better of him with a ball that rose sharply from back of a length, surprising the experienced Indian batsman who edged it to gully.

The dismissal marked the end of Pujara's tour in which he failed to cross the 30-run mark in four innings, a complete contrast to his series-winning effort in Australia eight months ago. It was also a forgettable tour for Rahul whose highest score in four innings was 44.

The West Indies, resuming the day at a dismal 87 for seven, batted for 14.1 overs before getting all out in the morning session.

Earlier, Roach (17 off 31) once again proved his worth with the bat when the specialist batsmen surrendered to a rampaging Jasprit Bumrah (6/26) who could not add to his overnight wicket tally after becoming the third Indian to take a Test hat-trick.

Jahmar Hamilton (5 off 59) tested the patience of the Indian bowlers before Ishant Sharma got rid of him for his sole wicket of the innings.

The first to be dismissed on day three was Rahkeem Cornwall (14 off 31) who could not deal with a well-directed bouncer from Mohammad Shami, spooning a simple catch to Rahane.

The West Indies did well to last a little more than an hour in the morning session after showing no application with the bat on day two when Bumrah wreaked havoc.