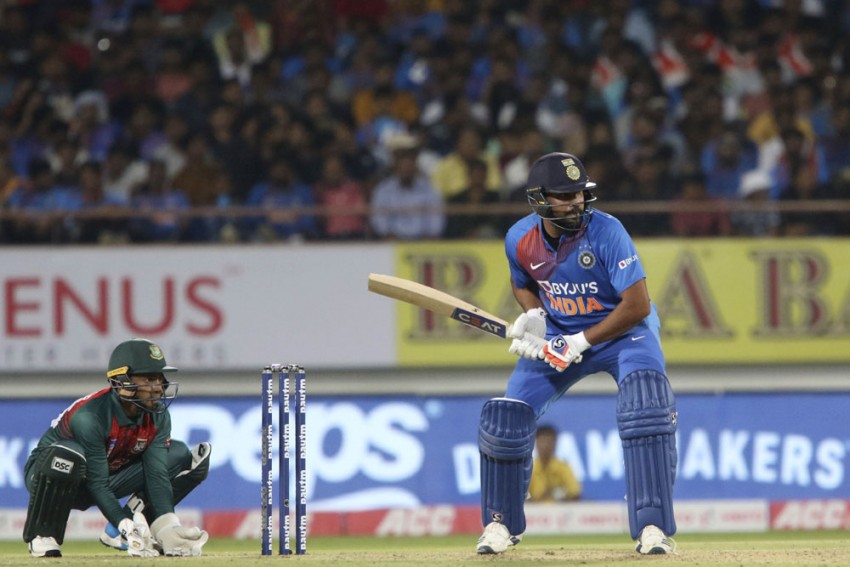 After Bangladesh won the first fixture of the three-match series in Delhi, Rohit Sharma was on a mission and secured the victory for India.
AP
Outlook Web Bureau November 08, 2019 00:00 IST 'What An Asset To Indian Cricket' Sourav Ganguly Lauds Rohit Sharma After Win Vs Bangladesh 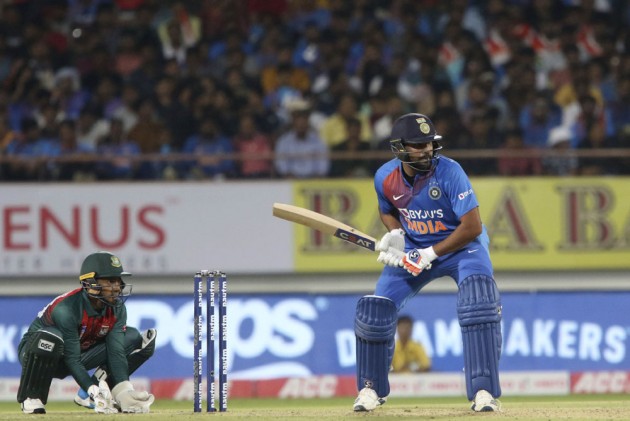 Board of Control for Cricket in India's (BCCI) president Sourav Ganguly praised Rohit Sharma for his swashbuckling performance in India national cricket team's T20I win over Bangladesh, at Rajkot.

The Mumbaikar became the first Indian men's cricketer to play in 100 T20Is. "Rohit Sharma 100 matches in t20 .. What an asset he is to indian cricket ...@ImRo45_FC @bcci.. congratulations," tweeted Ganguly.

After Bangladesh won the first fixture of the three-match series in Delhi, Rohit was on a mission and secured the victory for his team.

The hosts won by eight wickets, with Rohit also slamming 85 runs off 43 balls.

India women's T20 captain, Harmanpreet Kaur, is the only other Indian to have played in 100 T20Is. Also, other than Sharma, MS Dhoni is the most experienced in this format with 98 games. Meanwhile, Shoaib Malik is the only men's cricketer to play more than 100 T20Is.

Both sides face each other in the series decider on November 10, at VCA Stadium (Nagpur).