West Indies Vs India, 1st Test, Day 2: Tried To Give My Best As I Was Worried, Says Ravindra Jadeja

Ravindra Jadeja slammed 58 runs to help India post 297 in the first innings Vs West Indies on Day two of the ongoing first Test in Sir Vivian Richards Stadium. He was chosen over spinner Ravichandran Ashwin 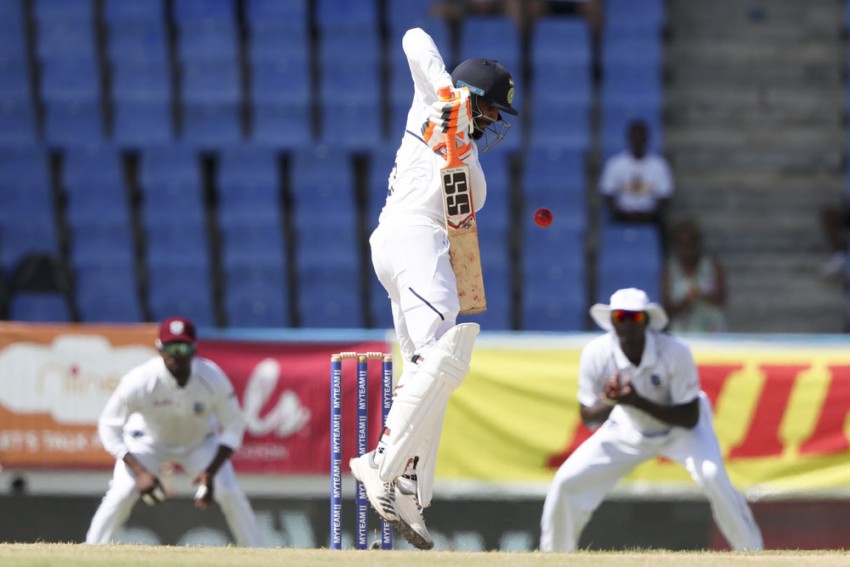 Jadeja said that he was constantly talking to Ishant to put together a strong partnership.
AP
ANI August 24, 2019 00:00 IST West Indies Vs India, 1st Test, Day 2: Tried To Give My Best As I Was Worried, Says Ravindra Jadeja 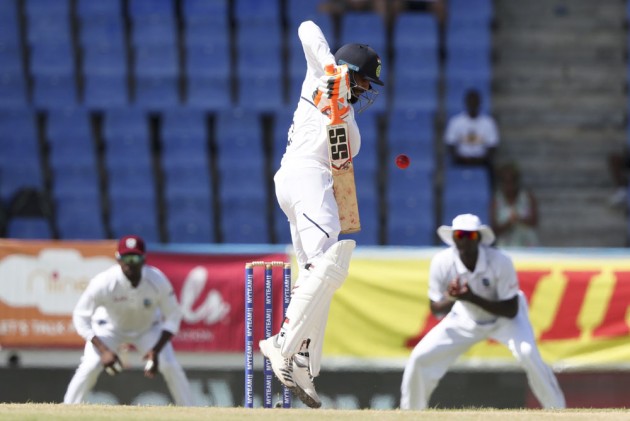 After smashing a half-century Vs West Indies on Day two of the ongoing first Test in Sir Vivian Richards Stadium, India all-rounder Ravindra Jadeja revealed that he was worried about the game, and was trying to perform his best.

India were in a bad situation at 189/6 when Jadeja came into bat. But he stayed out there in the middle with the tailenders to propel his side to 297 runs in the first innings. The left-hander went on to play a knock of 58 runs.

"When I was batting out there in the middle, I just looked to build a partnership. I was focussing to play with the tailenders. I was just worried about my game, I was trying to give my best out on the park," Jadeja told reporters after the close of play on day 2 of the first Test match.

Wicket-keeper Rishabh Pant was not able to stay at the crease for a long time on day 2, and as a result, Ishant Sharma came into bat next. He along with Jadeja stitched together a 60-run stand, giving India much-needed relief.

Jadeja said that he was constantly talking to Ishant to put together a strong partnership.

"I just looked to build a partnership. I was constantly talking to Ishant, and we talked about staying out in the middle for as long as possible. We were thinking about one over at a time," Jadeja said.

"I am just very positive in my mind, my shot selection is positive. When Rishabh got out, I was talking to Ishant about staying out in the middle and building a partnership. It is not good for opponents if the lower order is constantly scoring runs, so it was the gameplan from our side," he added.

Jadeja was chosen over spinner Ravichandran Ashwin for the first Test match. Many former cricketers have criticised the decision of leaving out Ashwin, but Jadeja said that a player feels good when he knows he has the backing of the skipper.

"Obviously you feel good when the skipper believes in you, thinks of you as the main player. Luckily, I have been able to repay the faith by performing well," Jadeja said.

When India came out to bowl, Ishant was the trump card for skipper Virat Kohli. Ishant bowled with line and length which resulted in him getting a five-wicket haul and as a result, at the close of play, West Indies were left at 189/8.

"Ishant bowled well. The two caught and bowled were remarkable, and I believe those two dismissals as the turning point," Jadeja said.

"On this wicket, you have to bowl in the right areas. Ishant's rhythm improved by each over he bowled. If he did not hold on to two return catches, the situation might have been different. Those two dismissals helped us in turning the momentum into our side," he added.

Jadeja also gave his views on the condition of the pitch in Antigua. He said the wicket has bounce and it will keep on assisting pacers.

"I talked to both Ishant and Bumrah. We knew if we kept believing in our defense and technique, then we can stay out in the middle. The wicket has bounce and the ball was also moving around. As the game has progressed, the wicket has settled down, but the bounce is still there and it is helping the fast bowlers," Jadeja said.

West Indies will resume day three of the first Test at 189/8, still 108 runs behind India.