Vijender Singh Aims To Extend Unbeaten Run, Gears Up For 'Battle On Ship'

The 2008 Beijing Olympic bronze medalist has not lost a bout after turning professional, boasting of a 12-0 record, which includes eight knock-outs. 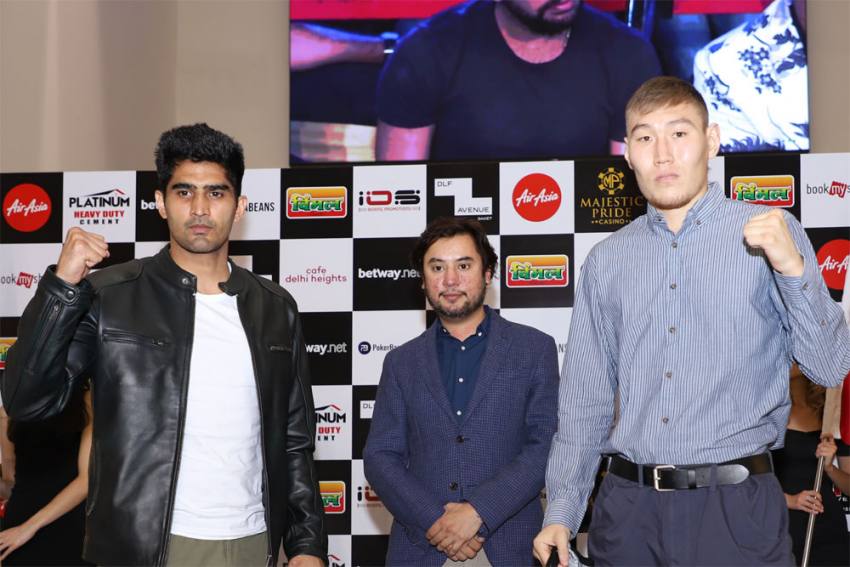 Unconquered thus far, star Indian boxer Vijender Singh would look to extend his unblemished record when he spars with tall Russian opponent Artysh Lopsan in the 'Battle on Ship', here on Friday.

The 2008 Beijing Olympic bronze medalist has not lost a bout after turning professional, boasting of a 12-0 record, which includes eight knock-outs.

Come Friday at the 'Majestic Pride Casino Ship', the 35-year-old would enter the ring after a considerable while.

His last bout was against Ghana's former Commonwealth champion Charles Adamu in Dubai in November 2019.
Vijender is expected to face a stiff challenge from the 26-year-old Russian, who also has a decent record as a professional boxer.

Lopsan, who is 6ft 4-inches tall, in his six bouts as a professional boxer, has won four, including two knock-outs and has registered one defeat and one draw.

Both the boxers have been training in the coastal state ahead of the marquee event. Vijender had a sparring session with friend-cum-coach Jai Bhagwan at the Salvador-do-Mundo boxing hall on Wednesday.

Vijender is unfazed that he is up against a very tall rival.

"He is tall and I will take it slow at the start but I’m confident of beating him nonetheless. Height is not everything and in boxing, you need strength and strategy. I have experience under my belt and Lopsan is still a kid. My unbeaten streak will continue after March 19. The tougher the opponent, the more fun to beat him," Vijender had recently said.

The contest will be streamed live on 'Book My Show' and Fancode.