Ultimate Dream Is To Qualify For World Cup: Sandesh Jhingan 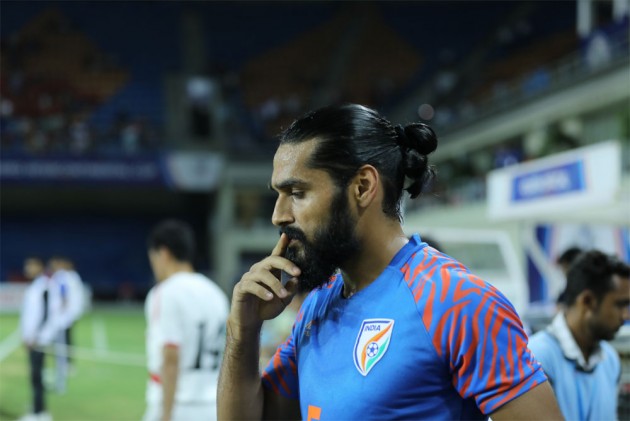 Jhingan said to make the world's biggest tournament, the Indian team will need to regularly feature in the AFC Asian Cup, break into the top 100 and then aim for the top 50 in the FIFA rankings.

"Our ultimate dream as a nation is to qualify for World Cup," Jhingan said.

"... but there are certain steps which we need to climb on the pathway - like being regular for the AFC Asian Cup, breaking into the top 100, then into the top 50, winning tournaments at home, and abroad."

"Physically and mentally, you need to be in sync. As players, we need to stay hungry," he added.

Jhingan became the 27th footballer to receive the Arjuna Award.

Considering the circumstances arising out of the COVID-19 pandemic, the player from Punjab said hosting the national sports awards virtually was appropriate.

"Under current circumstances that were on the cards, and no complaints at all. The Secretariat House in Chandigarh is a grand place too. As kids, we grew up looking at it with awe from outside. So getting into it -- that too to receive the Arjuna Award is huge - that's my happiness."

"Life does not end here. The fact that I have not been able to meet the honourable President motivates me to do more, and get an appointment with him in the near future," Jhingan said.

Is the award a motivation or an extra pressure, given that he now joins an elite list, Jhingan said he takes it as a responsibility.

"I always prefer to be that guy in the room with all the responsibility than one sitting at the corner. The recognition of my performances makes me extremely happy.

"A big thank you to the AIFF president Mr. Praful Patel and general secretary Mr. Kushal Das for nominating me," Jhingan said.