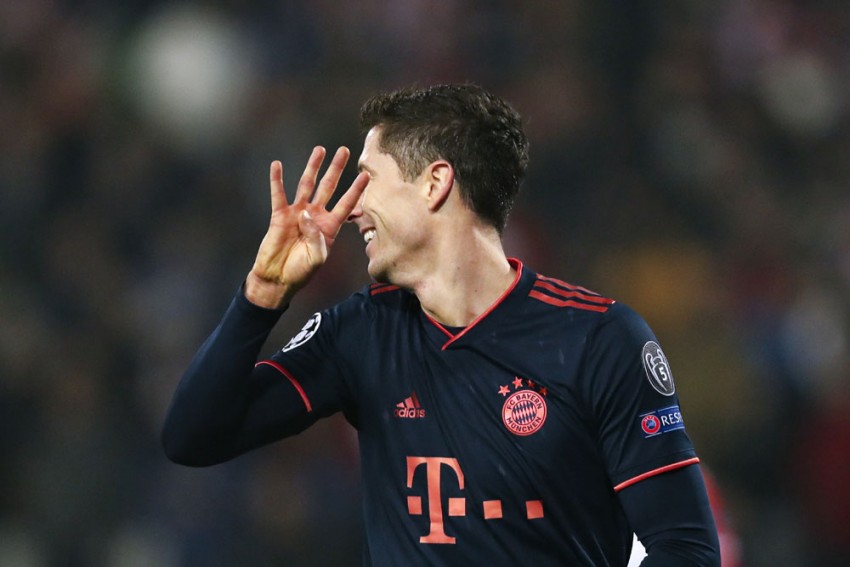 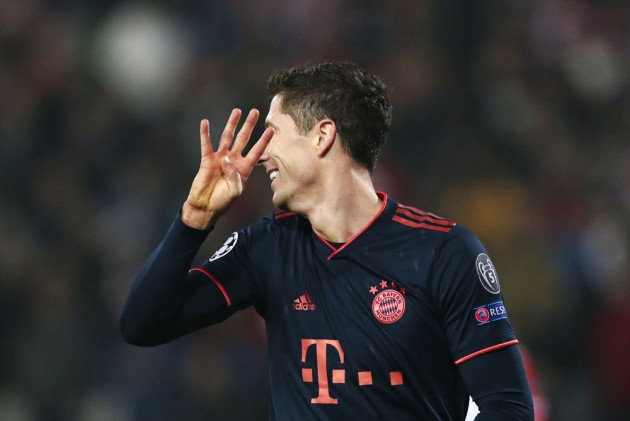 Leon Goretzka put Bayern – rejuvenated under Hans-Dieter Flick – in front, but it was Lewandowski who was the star of the show at Rajko Mitic Stadium on Tuesday.

Having been denied a goal by VAR earlier on, Lewandowski tore Red Star to shreds with four goals in 14 second-half minutes – the quickest quadruple in Champions League history.

After doubling Bayern's lead with a composed penalty, Lewandowski tucked in a close-range second before completing an 11-minute hat-trick with a header.

14 - Robert Lewandowski has scored in 14 minutes & 31 seconds the fastest ever quadruple in the history of the Champions League. Cyborg @FCBayernpic.twitter.com/HOCI7Pk3bF

He was not done there and moved onto 10 Champions League goals for the season in typically composed fashion, with Corentin Tolisso adding further gloss late on.

Lewandowski did not have a great start, missing a fantastic chance early on, slicing wide with only Milan Borjan to beat.

Borjan was called into action moments later to deny Lewandowski and Kingsley Coman, though Red Star's goalkeeper could do little to prevent Goretzka's towering header finding the top-left corner of the net soon after.

Goretzka would have had a second with a stunning volley if not for acrobatic goalkeeping from the busy Borjan, who then kept out Philippe Coutinho's excellent free-kick.

Lewandowski thought he had curled in an exceptional second for Bayern five minutes before the break, only for VAR to rule the goal out for a handball from Tolisso.

The Poland international had his goal eight minutes into the second half, coolly sending Borjan the wrong way from 12 yards after Milos Degenek's handball.

Tolisso turned provider for Lewandowski again on the hour, with the goal standing this time despite Red Star's appeals for offside.

Tolisso hit the crossbar with five minutes remaining, but there was still time for him to thump in from close-range to complete the rout.

What does it mean? Four on the bounce for Flick

Mauricio Pochettino has been heavily linked with taking over at Bayern, yet Flick – who is reportedly set to remain in charge until the end of the season - has started brilliantly with four successive wins, the Bavarian giants scoring 16 goals without conceding.

While Bayern can now look forward to a potentially favourable draw in the last 16, Red Star must avoid defeat against Olympiacos in their last group outing to secure a Europa League place after Tottenham sealed second place.

Undoubtedly the most in-form striker in European football, Lewandowski is already closing in on 30 goals for the season.

He was level with Lionel Messi on 31 group-stage goals since the 2014-15 start of the season prior to this drubbing, but now leads the way, having netted in his last nine group matches in a row.

Vladan Milojevic's gameplan was clear from the off for Red Star, but they never stood a chance against Bayern's rampant frontline and once they went 1-0 down, their coach had no plan B.

- Bayern have won all five Champions League matches this season, scoring 20 goals - with eight of those coming against Red Star.

- Only Lionel Messi and Cristiano Ronaldo - with eight each - have scored more Champions League hat-tricks than Lewandowski, who now has three to his name.

- Lewandowski became only the second player in Champions League history to score four goals in a game on more than one occasion, Messi also striking four times twice..

- Red Star did not have a shot or take a touch in the Bayern box in the first half.