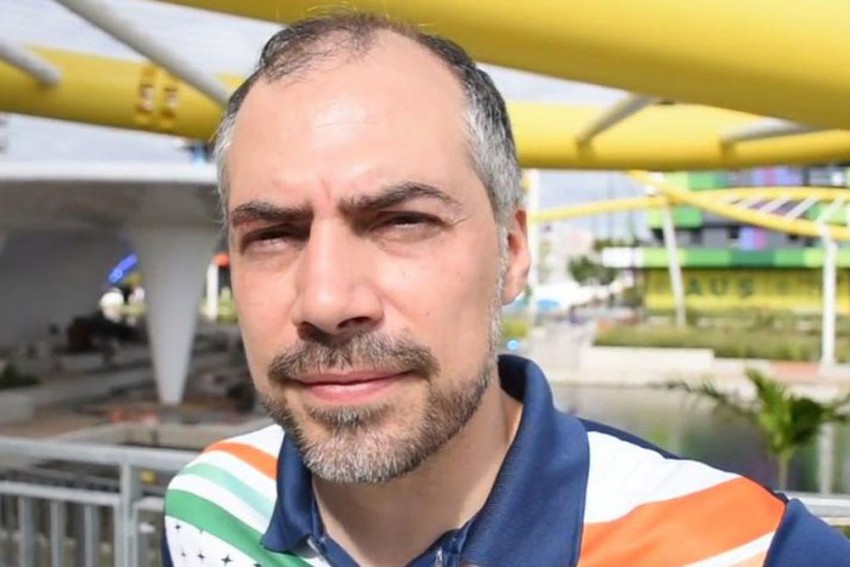 "It's like the big final exam after studying hard," said Indian boxing's High Performance Director Santiago Nieva, a touch nervous but mostly excited ahead of his own Olympic debut, aware that all the "good work of past four years wouldn't count if there is no medal to show in Tokyo". (More Sports News)

In an interview before the nine Olympic-qualified boxers left for Tokyo on Saturday, Nieva spoke about the many changes that have been brought in to the boxers' approach and technique for a successful Olympic outing.

"A little tense, not all the times but sometimes. Mostly I am excited because it is like the final exam after all the hard work," Nieva said when asked about his thoughts heading to Tokyo.

"This is my first Olympics, I was there in London 2012 as an expert on the sport, if that counts for anything," he added.

READ: Indian Boxing Team Is Better Prepared Than Many Other Countries For Tokyo Olympics: Santiago Nieva

The nine boxers and the support staff landed in the Japanese capital this morning and cleared the COVID-19 related health safety protocols to enter the Games village smoothly following expected procedural delays.

"Everything that we have done so far, all that we have worked on will not be appreciated if we don't get an Olympic medal. I am aware of that," Nieva said.

Before being appointed by the Boxing Federation of India in April 2017, Nieva was with the Swedish men's team and quit the position after the Rio Olympics.

The 47-year-old former bantam and featherweight boxer has also served as a manager of the Argentine boxing team and even competed for the country at the 1997 World Cup. Nieva was born in Argentina.

Nieva is primarily in charge of the men and he said several aspects of their game have improved considerably to give them a fair shot at a medal. Indian boxers could not win any medal at the 2016 Rio Games.

"I believe we have achieved the training targets that we set for ourselves, especially with this last trip to Italy, we could log the sparring sessions that we wanted," he said.

The aspects that needed to be addressed in the Tokyo-bound boxers included balance in the ring, punching while being held in clinches and the ability to think of a plan B without looking towards their corner for ideas.

"Clinch was a major issue in Indian boxing. We were not used to making the time in clinches count. It was random and poorly executed mostly. Now, I can say the scoring rate in clinches is 70-80 per cent better. The idea is not to stagnate," he explained.

Apart from this, Nieva said Indian boxers will step inside the ring in Tokyo with a better control over their minds.

"I am confident that it will be a stronger performance. They have to take control of the centre of the ring. They cannot evade that and expect to win. They have to control the pace, ease up a bit when in lead. The disbalance problem is also sorted now.

"They have to think quickly and adapt quickly to any situation without looking at the corner for tactical guidance. We have worked on all these aspects," he elaborated.

And what about the uncontrollables, like the COVID-19 threat, which is looming heavily over the Games?

"We are dealing with it for over a year now. It is not coming as a shock to anyone anymore. We have kept ourselves in a good state of mind and made the health safety protocols a habit," he said.

With the Olympics, starting July 23, it is the completion of a cycle for Nieva and women's High Performance Director Raffaele Bergamasco, both of whom joined in quick succession.

"It has been an amazing ride. I was made to feel welcome from the very first day. My suggestions and inputs were taken in good spirit and I found it very easy to work in India. I can say I have been fortunate to work in the country," he said.

"I am also aware that nobody will like any of what I did if there is no medal in Tokyo and I am confident that we will meet the expectations of medals. But even otherwise, we have done our job to the best we could," he added.

Being an Argentina-born, football is Nieva's other passion and he recently drew happiness from Lionel Messi finally getting his hands on an international trophy -- the Copa America.

"Hopefully we can also do something great in Tokyo. I mean, watching Messi lifting Copa was so much happiness. He deserved it because he had worked so hard. Nobody deserved it more than him," he said.