Stricter regulations have been put in place for all travellers - including athletes, coaches and support staff - of 11 countries, including India 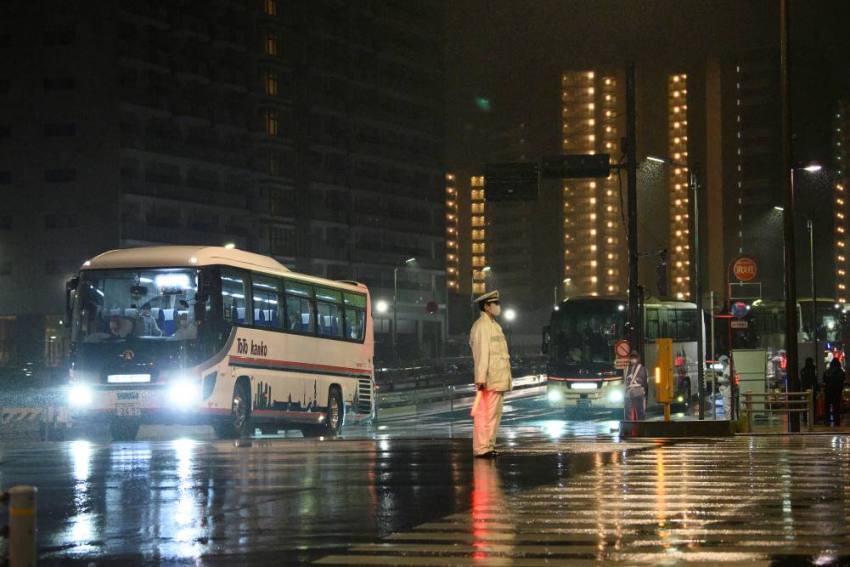 Buses leave the Olympic and Paralympic Village during a transport operations simulation for the opening and closing ceremony of the Tokyo 2020 Games in Tokyo on Sunday, June 20, 2021. Tokyo 2020 Organizing Committee of the Olympic and Paralympics Games simulated transporting mock athletes and stakeholders across the city in buses early on Sunday in preparation for COVID-19 appropriate travel during the games.
Akio Kon/Pool Photo via AP
Associated Press (AP) 2021-06-20T16:46:30+05:30 Tokyo Olympics: Organisers Working On Safe Stay And Training Of Indian Athletes In Games Village 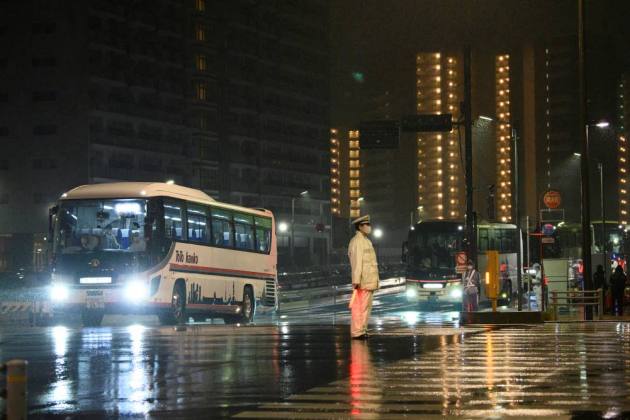 The Tokyo Olympic organisers are working on how to ensure safe stay and seamless training of the Indian athletes inside the Games Village, according to a letter they have sent to the Indian Olympic Association (IOA). (More Sports News)

The Indian athletes and officials travelling for the Olympics have been asked by the Japanese government to undergo daily COVID-19 tests for a week prior to their departure and not to interact with anyone from another country for three days upon arrival, strictures that have left the IOA fuming.

Stricter regulations have been put in place for all travellers -- including athletes, coaches and support staff -- of 11 countries, including India, where different variants of COVID-19 have been identified, within 14 days of their arrival in Tokyo.

Terming the rules as "unfair and discriminatory", the IOA had written to the Tokyo Organising Committee of the Olympic Games (TOCOG) to ensure that mechanisms to prevent COVID-19 do not have any "adverse and detrimental impact" on performance of athletes.

In reply to the IOA letter, TOCOG said: "Tokyo 2020 is working to define how athletes of your NOC as well from other 10 countries and all other 195 NOCs can stay safe in the Villages and have training.

"We hope to provide you with those information and discuss together as soon as possible we develop it," the Games organisers said in a letter to the IOA.

The IOA, on its part, said that its president and secretary general were in discussion with TOCOG and seeking clarifications on the conditions imposed on the Indian contingent for Tokyo Olympics.

India's COVID-19 situation has improved considerably after a catastrophic second wave with daily cases declining from more than 3 lakh daily a few weeks back to less than 60,000 right now.

Earlier, the advisory from the Tokyo Games organisers had said that athletes from Group 1 countries must be tested every day, for seven days, prior to departure to Japan.

"Physical distancing: For seven days prior to your departure to Japan, you must keep your physical interaction with all others, including from another team, delegation or country, to an absolute minimum," the advisory said.

On arrival, athletes and officials will also not be allowed to interact with anyone else apart from their own delegation for three days.

"At the Games. You will be tested every day as is the case for all athletes and officials.

"For three days after your arrival in Japan, you will not be able to physically interact with anyone from another team, delegation or country."

Athletes have been asked to check into the Games Village five days before their competition begins.

"Athletes are allowed to arrive in the Games Village only 5 days before their event. Now 3 days will be wasted, this is the time the athletes need to be moving towards their mode to peak. Highly unfair for Indian athletes," the joint statement read.

"Where and when will the Athletes have their breakfast, lunch, dinner etc during these 3 days, as everyone has food in the Games Village food hall where all athletes and officials of other NOCs are present all the time.

"If food packets are being delivered outside the rooms of the athletes then who will plan their body requirements like proteins, food preferences etc and will it not affect the performance of athletes, who will not not get their preferred diet, just 5 days before the Olympics."

The IOA had questioned the need for the regulations given that athletes from India will be fully vaccinated and will be undergoing daily tests for a week before their departure.