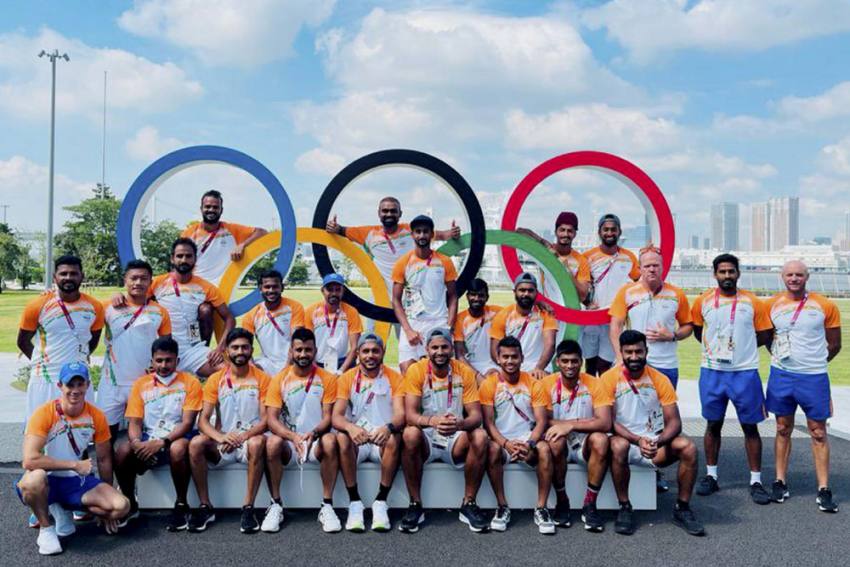 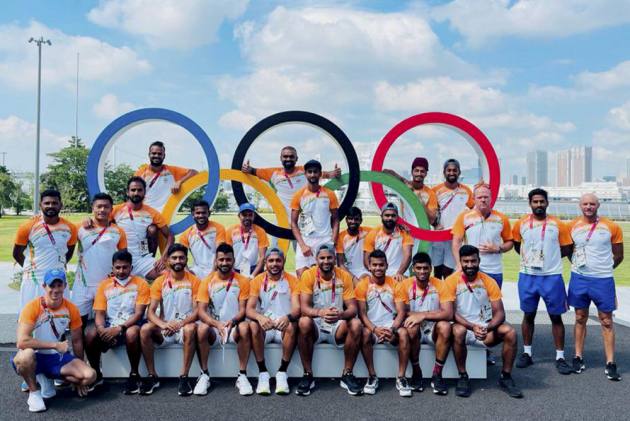 There is palpable tension, a sense of dread actually, but the COVID-hit Olympic Games starting Friday or the 'Games of Hope' as the IOC desperately wants the world to believe, could prove to be a watershed for the biggest ever Indian contingent with shooters, boxers and wrestlers expected to lead an unparalleled medal rush.

The Games were postponed by a year because of the COVID-19 pandemic which hasn't slowed down as much as the world would have wanted despite the advent of multiple vaccines.

The fear of the virus is omnipresent at one of the globe's most densely populated cities, playing host to thousands of athletes, their support staff and officials while logging over 1,000 daily COVID-19 cases.

Only a tiny bunch of them are Games-related but they have been enough to ensure that fear remains a constant in the event.

Spectators were barred weeks back, taking away the very idea of festivities that fuel the Olympic spirit.

The International Olympic Committee is trying its best to focus on hope though and wants everyone else to do the same -- just try and look at the brighter side.

"It is a recipe...for overcoming a crisis and addressing a crisis, and after the Games, that message of hope will translate into a message of confidence," said IOC President Thomas Bach on Wednesday night.

Their eager journey of hope begins with the opening ceremony on Friday, and Bach is confident that it will be a "moment of joy and relief, joy in particular" when action begins to unfold.

"...the road to this Opening Ceremony was not the easiest one. There is a saying that if you feel this kind of relief, there are stones falling from your heart, so if you hear some stones falling then maybe they are coming from my heart," he said.

His musings will have resonance in one country at least.

India, a nation of over 1.3 billion, has just 28 Olympic medals to its credit since making a debut back in 1900. That tally features just one individual gold that Abhinav Bindra picked up in 2008.

This country is definitely more optimistic than before of what its 120 athletes -- 68 men and 52 women -- in Tokyo would achieve.

The expectations are of a first ever double digit figure in the medals tally, surpassing the best haul of six achieved in the 2012 London Olympics, none of them gold.

The foremost among the contenders are 15 shooters. Mostly young, with significant international success to their credit in the past two years and buzzing with energy.

A 19-year-old Manu Bhaker, a 20-year-old Elavenil Valarivan, an 18-year-old Divyansh Singh Panwar, and a 20-year-old Aishwary Pratap Singh Tomar are just some names from whom medal hopes are sky high.

They seem ready for the pressure and come July 24, there could well be a gold rush that India has never seen in the Games.

The jumbo shooting contingent is on one side.

On the other is a lone warrior -- Mirabai Chanu (49kg) in weightlifting. The 26-year-old has come a long way since failing to record a single legitimate lift in the Rio Olympics five years ago.

Since then, she has been a world champion (2017) and a Commonwealth Games champion (2018) and also holds the world record in clean and jerk. If all goes well, hers could be among the first medals that India would celebrate this weekend.

Another bunch to watch out for is the archery team, led by seasoned world number one Deepika Kumari.

Deepika would be eager to exorcise the ghosts of 2012 London Olympics where too, she entered as the world number one only to misfire and go home empty-handed.

With husband Atanu Das, a mixed team archery medal is being seen as a real possibility for India.

There are eight wrestlers in the fray and it would be viewed as nothing short of a debacle, dare say a travesty, if the star duo of Bajrang Punia (65kg) and Vinesh Phogat (53kg) don't end up on the podium after dominating every tournament they have been at in the past three years.

Not to mention dark horses like Deepak Punia (86kg), who was a world championships silver-medallist in 2019 and could well be the big star to emerge from the Games.

The two hockey teams are also going in with loads of optimism after decent outings in international tours of the past one year.

The Manpreet Singh-led men's team and the Rani Rampal-led women's side are in with a genuine chance if they hold their nerves on the big stage.

The last of India's eight hockey gold medals came back in 1980 and for the first time in many years, there is actual hope that the drought could finally end for a new era to begin in the sport.

There is some excitement surrounding the paddlers too with the mixed team of veteran A Sharath Kamal and the spunky Manika Batra being given a shot at a medal together.

In athletics, javelin thrower Neeraj Chopra's spear could end the agony of near misses that the likes of P T Usha and the late Milkha Singh endured.

World champion P V Sindhu is also looking good for a second Olympic medal of her career, an achievement that would cement her place among the all-time greats of Indian sports.

Veteran Sania Mirza spearheads the tennis challenge in her fourth Olympic appearance. She will be seen in the women's doubles event alongside debutant Ankita Raina.

In addition and perhaps a sign of India's growth as a sporting nation, the country would have representation in fencing (C A Bhavani Devi) and equestrian (Fouaad Mirza) for the very first time.

It is also for the first time that two swimmers (three in all) -- Sajan Prakash and Srihari Nataraj -- made the Olympic cut with 'A' qualification marks.

So, India can certainly hope that the gloom of the pandemic would be lifted by the brightness of its athletes' performances.