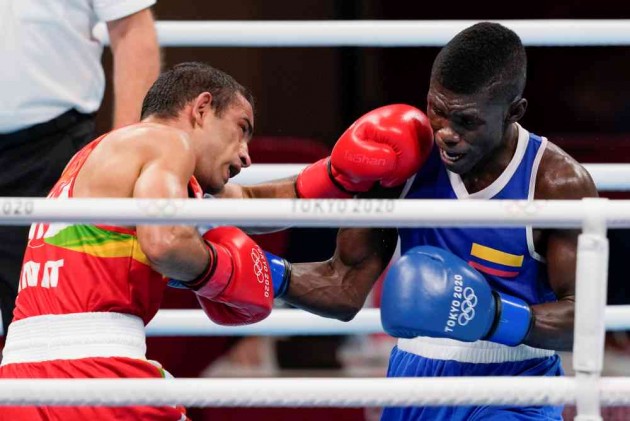 There will be greater focus on making Indian boxers mentally stronger for high-pressure events like the Olympics, Boxing Federation of India President Ajay Singh told PTI, ruling out any "knee jerk reactions" to the mixed bag of performances at the ongoing Games in Tokyo.

An unprecedented nine Indian boxers -- five men and four women -- made the cut for the shopwiece with Lovlina Borgohain (69kg) securing the lone medal, India's first in nine years, by advancing to the semifinals.

Handed tricky draws, the men, however, could log just one win -- through debutant super heavyweight Satish Kumar -- while world no.1 Amit Panghal (52kg) was among those who lost in the opening round.

"Definitely it is not what was expected. I feel particularly bad about the defeats of (an injured) Vikas (Krishan) and Amit," Singh said in a telephonic conversation from Tokyo, there to assess the campaign.

"Then Mary (Kom) lost by the narrowest of margins (in her pre-quarters). So it has been a mixed bag but look at the upside, we got a medal after nine years and it can get better," he added.

India did not win a medal at the 2016 Olympics where none of the female boxers from the country could even qualify. Only three men had made it to the main draw back then.

By that comparison, Tokyo was a marked improvement but what about the fact that none of the men could make the medal rounds in Japan? Will that have consequences?

"Postmortems can wait until after we are through with the campaign but I am not in favour of knee jerk reactions. Let's not discount the last four years. These very men and coaching staff have given us unparalleled achievements, do we ignore all of it for one underwhelming result?" he asked.

The achievements he referred to include unprecedented medal hauls at the world championships and the Asian Games among others.

"I am very confident that had this group competed in the Olympics as scheduled last year, results would have been much better. Their rhythm was broken by the lockdowns, the momentum was affected.

"We had to ultimately send them abroad because as per the SOP here, they couldn't even spar with each other because of the health safety protocols and we can't question that, the cases were simply too high.

"Now you would say it was same for others too, fair enough but we had a very, very deadly second wave too. The boxers and coaches tested positive as well. So it is not black and white.

"Criticism is welcome but let's not crucify people. I am going to back this bunch because even when they win, they are taking a hit on their faces and bodies."

The boxers who came to Tokyo after suffering bouts of COVID-19 were Manish Kaushik (63kg), Ashish Chaudhary (75kg), Simranjit Kaur (60kg) and Satish.

Lovlina Borgohain, who has assured India of their second medal at the Games after reaching the welterweight semifinal, too had tested positive for the virus but that was last year.

Chief national men's coach C A Kuttappa and women's head coach Mohammed Ali Qamar were among those who battled the virus in the support staff unit.

On Saturday, when Pooja Rani lost to former world champion Li Qian, Singh had rushed to give her a hug as she sobbed and he asserted that he truly believes in each every boxer.

"I am going to support them, there is no question on that," Singh said.

And this support, he said, will also extend to the current coaching staff.

"We have a world championship in three-four months time," he pointed out.

Singh said the focus for him after the Games would be to ensure better mental support to the boxers.

"What I am seeing is that there is talent but we need to be mentally stronger. Olympics is a huge stage. We do have a full-time psychologist with the team but we will try to assess what more can be done. It is a brutal and lonely sport, our job is to ensure support," he said.

"Last four years have been spectacular, yes this could have gone a lot better but we have certainly reached a level. Of course, there is a long way to go for us to achieve more, we will get there," he added.