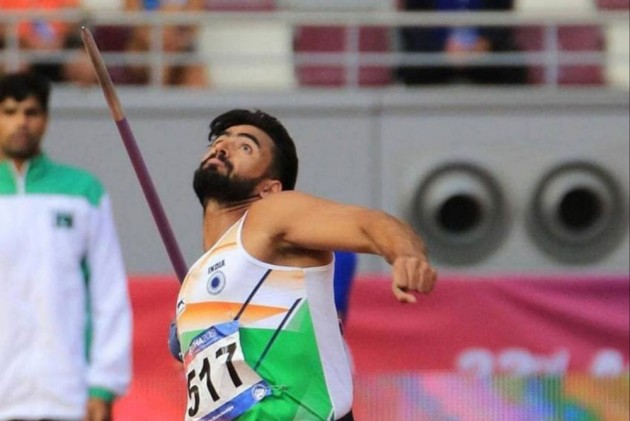 Shivpal, who qualified for the upcoming Olympics early last year and trains under Hohn, and another Tokyo Games hopeful Annu Rani said the German coach "is more interested in training abroad" due to "certain reasons".

"He (Hohn) also trains some other foreign athletes when we are overseas, ignoring us," the duo said in a joint statement.

Asked when exactly they had seen Hohn train foreign athletes, Shivpal and Annu told PTI, "It was in 2019 when we were training in Poland."

The 58-year-old Hohn, a former world record holder javelin thrower, could not be reached for his comment despite repeated attempts. His contract ends in September this year.

A coach on the payrolls of the government cannot train athletes other than Indians during official tours abroad.

"He is more interested in training abroad which we do not agree due to the prevailing situation as we want to save ourselves and avoid risk when travelling," the two throwers said from their training base at NIS Patiala.

Hohn was appointed javelin coach in November 2017 to train the likes of Shivpal and another Olympic-bound star athlete Neeraj Chopra.

But Chopra, an Olympic medal hopeful, does not train with Hohn anymore and has been placed under bio-mechanical expert Klaus Bartonietz for the last two years.

Annu said she did not train under Hohn because of his "working style".

"I have not trained with him due to his working style. I decided not to train under him early this year as he has an overbearing nature," she said.

The 28-year-old Annu, who holds the national record of 62.43m, is expected to qualify for the Olympics on the basis of world rankings even though she is yet to breach the qualifying mark of 64m.

The Olympics women's javelin event will have 32 competitors and Annu is sitting pretty at 19th in the Road to Tokyo list, which also includes all those who have breached the entry standard.

The duo said the Athletics Federation of India (AFI) tried to arrange a few invitational meets abroad but they had to be cancelled due to travel restrictions in view of the COVID-19 pandemic.

"What can we do, we wanted foreign exposure and competitions and the AFI tried but did not happen ultimately. We are happy training at the NIS and we have two domestic events this month," they said.

The Indian Grand Prix 4 (June 21) and National Inter-State Championships (June 25-29), to be held at NIS Patiala, are the two domestic Olympic qualifying events.

"In the last one year of COVID-19, we have been kept in a protected environment by Sports Authority of India and the AFI in Patiala as well as in Bhubaneswar and provided good food, accommodation and facilities including medical support and recommended supplements.

"The AFI and the government imported more than 200 javelins and provided two javelin machines which are rarely available in other countries. We are fully prepared for the Olympics and we will try to give our best in the Olympics."