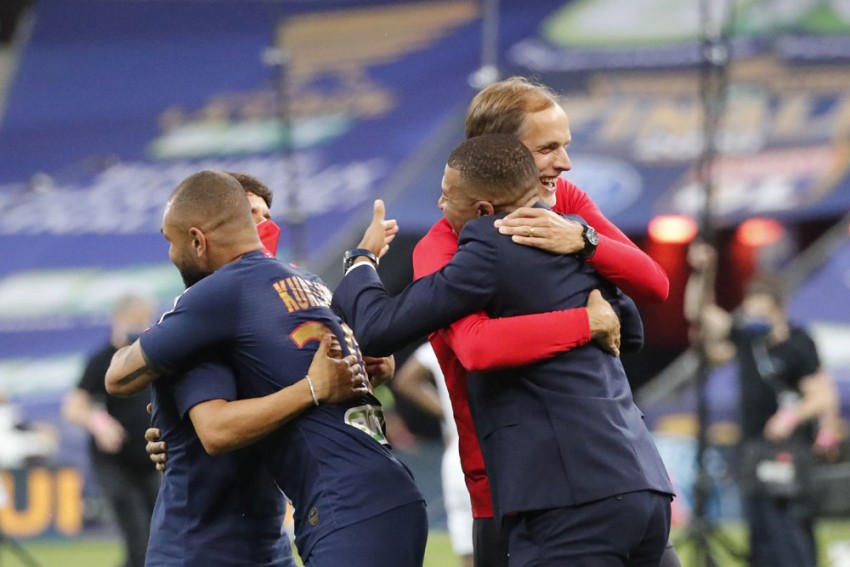 PSG's Kylian Mbappe, back on camera, who did not play due to an injury, celebrates with head coach Thomas Tuchel after the team won the French League Cup at Stade de France stadium on July 31, 2020
AP Photo/Francois Mori
Omnisport August 01, 2020 00:00 IST Thomas Tuchel Proud Of PSG After Domestic Sweep 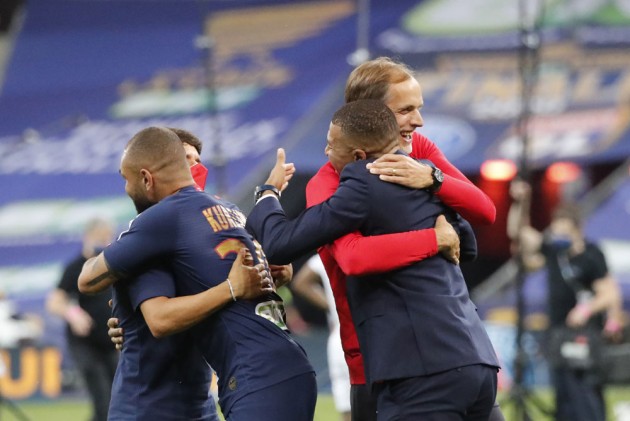 PSG edged Lyon 6-5 on penalties after a 0-0 draw at the Stade de France on Friday, winning their fourth domestic trophy of 2019-20.

Tuchel, whose side are also in the Champions League quarter-finals, was proud of PSG.

"They are reliable guys who play, enjoy working and suffering together," the PSG coach said.

"That makes me very happy. I am proud and happy."

Pablo Sarabia netted the winning penalty for PSG in the shoot-out in what was the last ever Coupe de la Ligue final.

A trophy at the end of the night pic.twitter.com/WuIgbT3OnY

"We did not lose the concentration, the hunger to win, the confidence, we won on penalties and that counts," he said.

"We won these four titles, there is a good atmosphere in the locker room. And I'm very happy because everyone thinks it's okay to win, but it's not that easy.

"Winning four titles is the merit of this team and I am happy."

PSG will face Atalanta in the Champions League quarter-finals in Lisbon on August 12.