The last ever Coupe de la Ligue final was won by Paris Saint-Germain, who extended their dominance of French football against Lyon 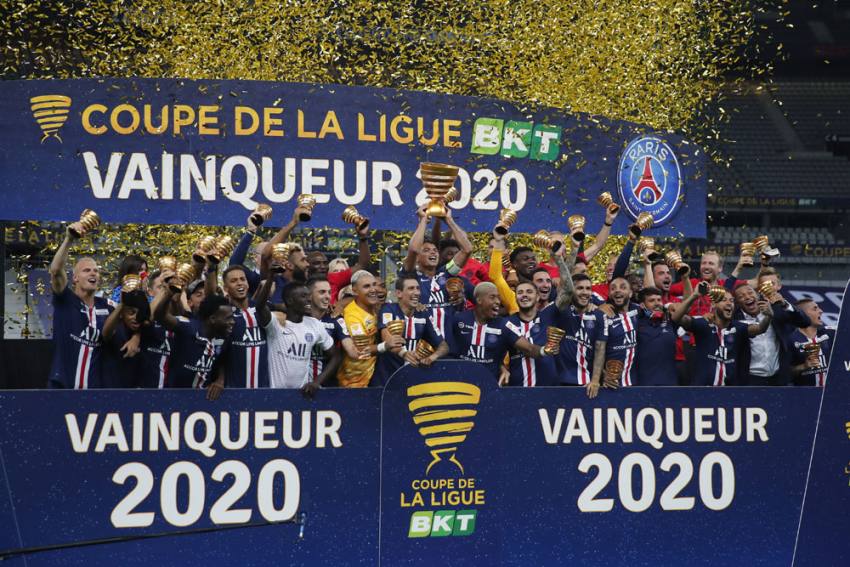 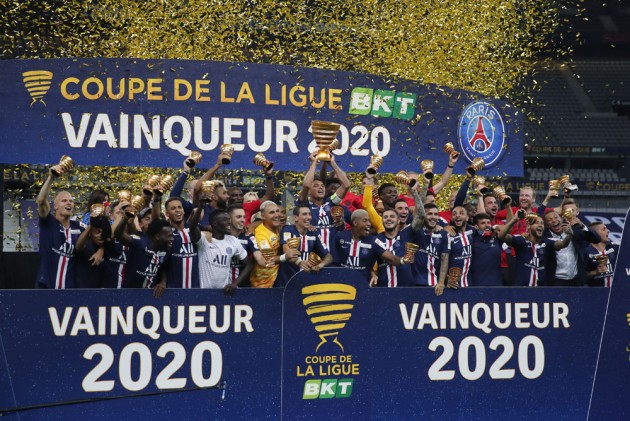 Paris Saint-Germain sealed a clean sweep of domestic French trophies for 2019-20 as Keylor Navas and Pablo Sarabia wrapped up a 6-5 penalty shoot-out victory over Lyon after 120 goalless minutes in the last ever Coupe de la Ligue final. (More Football News)

Thomas Tuchel's men had already clinched the Trophee des Champions, Ligue 1 and the Coupe de France, and despite the absence of the injured Kylian Mbappe on Friday, PSG just about did enough to see off Les Gones.

While both sides crafted several half-chances, the match's tempo resembled that of a pre-season contest as opposed to a cup final, and PSG – who were 1-0 victors in last weekend's Coupe de France showpiece – perhaps unsurprisingly looked a little sharper.

A flurry of activity towards the end of the opening 45 minutes was not sustained in the second half, with the match appearing destined for extra-time long before the regulation 90 expired.

Rafael da Silva's 119th-minute sending-off came too late to have any real impact, but in the subsequent shoot-out PSG held their nerve as Navas saved from Bertrand Traore in sudden death and Sarabia swept home the decisive kick.

A largely uneventful first half burst into life in its final stages, with both sides spurning opportunities.

Neymar and Angel Di Maria wasted similar chances when played in behind the Lyon defence, failing to suitably test goalkeeper Anthony Lopes, who had previously produced an acrobatic save to tip Idrissa Gueye's long-range strike over.

Lyon also showed signs of life at the other end – Houssem Aouar missed his kick in the middle of the box from Memphis Depay's well-placed cut-back, before Jason Denayer nodded just wide in stoppage time.

The increased flow of chances continued at the start of the second period, with Depay seeing a shot deflected agonisingly past the post and Lopes palming away a Neymar free-kick.

But the pace of the contest soon decreased significantly again until the latter stages, when Thiago Mendes had a free-kick well-saved by Navas and Lopes nudged a Neymar header over, ensuring the game went to extra-time.

PSG could not capitalise on Rafael's red card – for tripping Di Maria at full tilt – right at the end of the extra 30 minutes, though they did eventually get the job done.

After five perfect penalties were dispatched by both sides, Traore saw his unconvincing spot-kick blocked by Navas and Sarabia took full advantage with a confident strike past Lopes to seal a fourth domestic clean sweep in six years.

What does it mean? One to go for PSG

We have been here before. PSG's domination of French football is taken for granted these days. But what comes next is the prize they truly obsess over.

PSG's entire being since their 2011 takeover by Qatar Sports Investments has revolved around the goal of winning the Champions League.

Another shot at that challenge is just days away, and the revised one-legged format in the latter stages of this season's competition – owing to the coronavirus pandemic – arguably gives them their best chance yet.

Lyon boss Rudi Garcia had confirmed on Thursday that Ciprian Tatarusanu was due to start in goal, but a back injury sustained in training meant Lopes was in the side, and he relished the occasion. There were few instances where the Portugal international would not have been expected to make saves, but he proved to be a commanding and assured presence in goal throughout the 120 minutes. Unfortunately for him, he just could not get near PSG's penalties.

While there were few standout performers, Mauro Icardi was especially underwhelming for PSG. The Argentinian forward touched the ball just nine times before his 58th-minute withdrawal, and he failed to have a single shot.

Both teams now turn their attentions towards the Champions League, with a potentially exhilarating quarter-final match against Atalanta in Lisbon a week on Wednesday awaiting PSG. As for Lyon, they are in action against Juventus on August 7, as they go to Turin with a 1-0 lead from their last-16 first leg.