The German lawyer was unopposed and won the vote 93-1, with four members abstaining 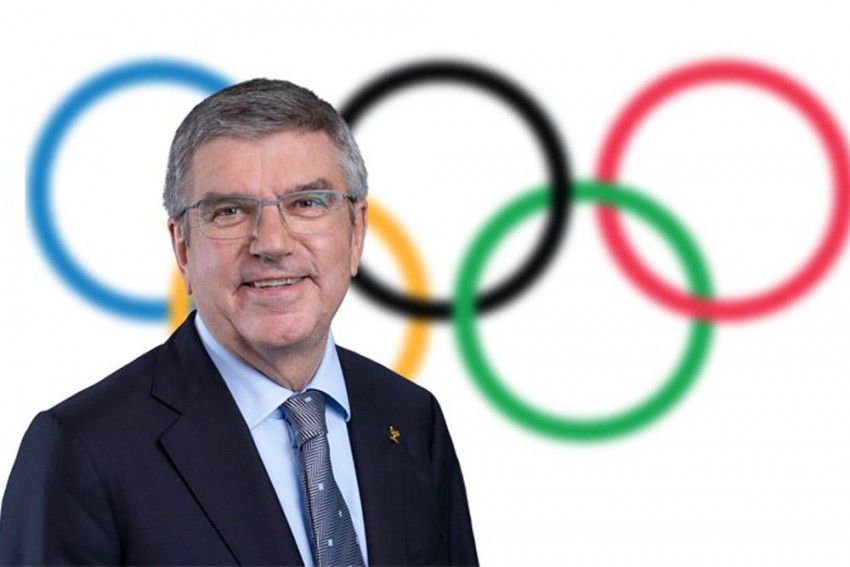 Thomas Bach was re-elected as president of the International Olympic Committee on Wednesday for a final four-year term with his immediate focus on this year's delayed Tokyo Games. (More Sports News)

The German lawyer was unopposed and won the vote 93-1, with four members abstaining, following an opening eight-year mandate dominated by the Russian doping scandal and the first Olympics to be postponed in peacetime.

"Thank you very much from the bottom of my heart for this overwhelming vote of confidence and trust," Bach said during an online meeting of IOC members.

Bach said Tokyo was "the best prepared Olympic city ever" and reiterated the games would open on July 23 despite restrictions imposed during the COVID-19 pandemic.

Because of the pandemic, Bach spoke to a wall of screens connecting members online instead of at a meeting scheduled for June in Athens.

Uncertainty in the past year extended a theme of Bach's presidency — turmoil for games organizers and financial stability for the IOC in Switzerland.

Bach first presided over the 2014 Sochi Games, which were tainted by Russia's state-backed doping program.

It was an "unprecedented attack on the integrity of the Olympic Games," Bach said Wednesday.

Russian teams and athletes have been barred from competing under their nation's name or flag in Tokyo as the latest punishment in fallout from the scandal.

Despite postponement costs for the Tokyo Games, Bach secured the IOC’s long-term future by extending key broadcasting and sponsor deals through 2032.

He also signed future Olympic hosts Paris and Los Angeles, while Brisbane is now being fast-tracked for 2032 — a move aimed at avoiding expensive campaigns and allegations of vote-buying.