The Ashes 2019: 'Most Of Australia Hate Me' - Mitchell Marsh Aims To Win Over Doubters

Mitchell Marsh is aware that he isn't very popular with many Australia cricket fans but is determined to win them over. Marsh took 4/35 in his first appearance of the Ashes series as England collapsed after tea at The Oval on Thursday (September 12). 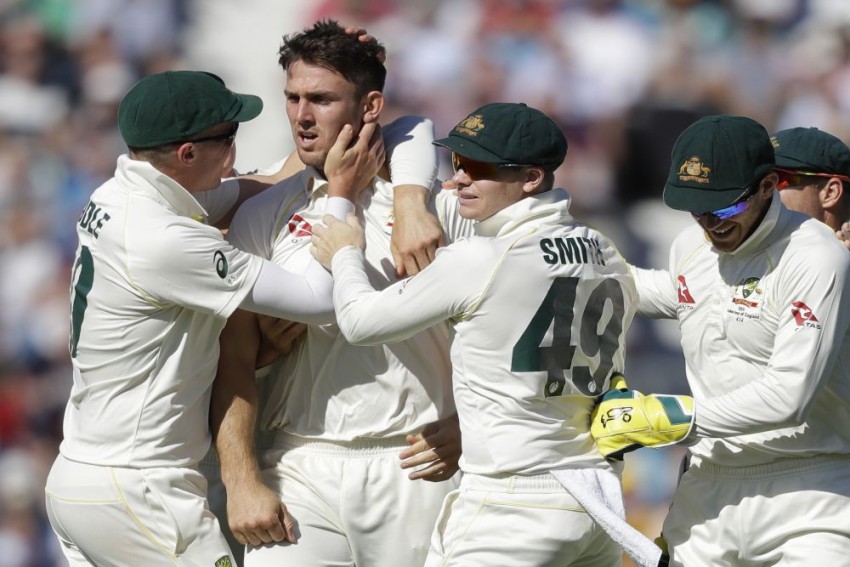 Mitchell Marsh, second left, celebrates with teammates the wicket of Ben Stokes during the first day of the fifth Ashes Test between England and Australia at The Oval on Thursday.
AP
Omnisport September 13, 2019 00:00 IST The Ashes 2019: 'Most Of Australia Hate Me' - Mitchell Marsh Aims To Win Over Doubters 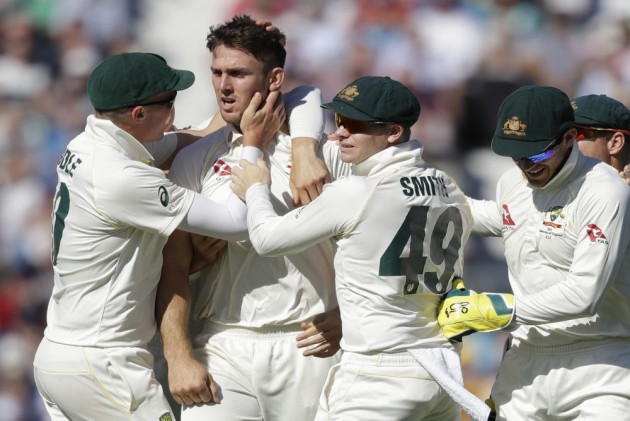 Mitchell Marsh declared "most of Australia hate me" after making a big impact on Day 1 of the fifth Ashes Test at The Oval. (HIGHLIGHTS | SCORECARD)

Marsh took 4/35 in his first appearance of the series as England, unable to regain the urn but striving to salvage a 2-2 draw, collapsed after tea in London on Thursday. (CRICKET NEWS)

The recalled all-rounder generated plenty of swing, with England losing five wickets for 56 runs after tea before Jos Buttler took them on to 271/8 by making an unbeaten 64.

Marsh has had a mixed international career and offered a candid response when asked why he divides opinion in his homeland.

"Yeah, most of Australia hate me," a smiling Marsh said in reply to the question. "Australians are very passionate, they love their cricket, they want people to do well.

"There's no doubt I've had a lot of opportunity at Test level and I haven't quite nailed it, but hopefully they can respect me for the fact I keep coming back and I love playing for Australia.

"I love the baggy green cap and I'll keep trying and hopefully I'll win them over one day."

Marsh said there were a variety of reasons why he fell out favour at international level.

He added: "I wasn't making runs - if you bat number four for Australia you need to make runs. Last year was a range of stuff, a few things in my personal life.

"I lost a close friend to suicide at the start of the summer and when things like that happen, I didn't handle it as well as I could have and that transitioned into my cricket at times as well. I understand everyone goes through tough periods in their life but I certainly didn't handle it as best I could.

"But to have gone through that and got through the summer the way I did and finished with WA [Western Australia], I knew I still had love for the game. It was a tough summer last year. I tried to put it behind me as quickly as possible and here I am.

"It took me until probably March, the last three Shield games of the year for WA. When you play cricket, or you do anything and you want to do well badly and it doesn't work out, it's very easy to get down on yourself."