He also took a sly dig at Sachin Tendulkar, saying this is not a team of Gods and demi-Gods. 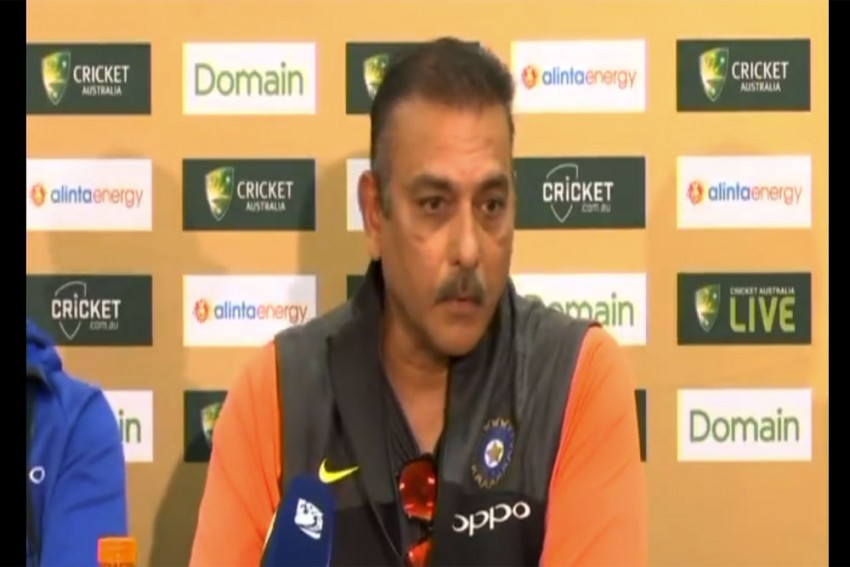 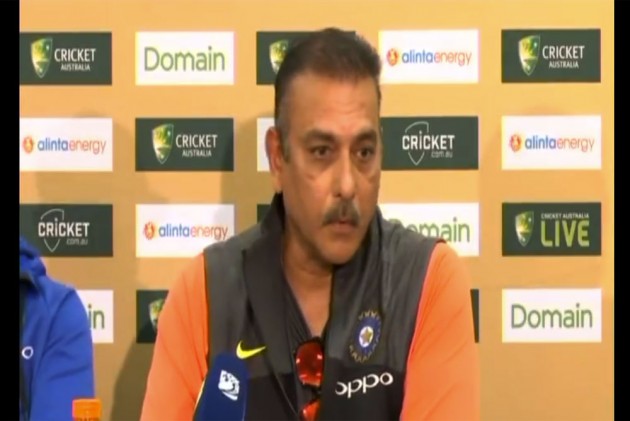 Minutes after India's historic maiden Test series in Australia, head coach Ravi Shastri started a controversy by claiming that what the Virat Kohli-led side has achieved is bigger than the 1983 World Cup triumph under Kapil Dev in England.

In the post-match press conference, Shastri told the gathering at Sydney Cricket Ground, "I'll tell you how satisfying it is for me – (winning) World Cup '83, (winning) World Championship '85, this is as big or even bigger because this is in the truest format of the game, that's Test cricket which is meant to be the toughest."

Shastri's comments, however, failed to impress fans and pundits.

And the prominent among them was Sunil Gavaskar, in his and Aussie great Allan Border's honours, the series was named. The legendary Indian opener reacted, "I think what he said was clearly about the Test format – this is the biggest victory as far as he is concerned; because he was a part of the '83 and '85 limited overs competition win".

"Those were 50-over format wins and this is a Test format win so, therefore, that's a big high for him – to be a part of it because he is the coach. I think that's why he was feeling so chuffed about it," said Gavaskar in one of the official broadcasters' studio.

Then there are not so gentle reactions:

Who is the God or Demi-God coach Ravi Shastri is referring to? There is just one God we all know. But the question is why? This #TeamIndia deserves praise. Great praise for the unprecedented achievement. But not at the cost of denigrating others. Please. #bordergavaskartrophy pic.twitter.com/Bgbii4W0fB

The only bad thing about a series victory abroad wud be a post match press conference by Ravi Shastri. Hope to God there isn't one . Something's gotta give here. #INDvsAUS

Another lowblow from Ravi Shastri before ending the press conference. Leaves us all (yet again) with a bad taste in the mouth.

Says, "I'd like to thank my media buddies from India for what they've done" while laughing and Kohli giggling from behind #AUSvIND

This is why Kumble was never a favourite to these spoiled brats..ravi Shastri is a perfect coach for them..

Completely disagree with @RaviShastriOfc. 1983 win was against the strongest team in the WC. This Australian side is weakest ever.#AUSvIND #INDvAUS

@36notout Though the Aus series win by India is commendable, Ravi Shastri's comment on Series win being bigger than 1983 World cup win is to immature. This proves he didn't deserve nor deserves to be in either place.

The final day of the fourth Test of the 2018-19 Border-Gavaskar Trophy series was abandoned due to inclement weather, thus giving India a 2-1 win.

Then, there was a sly dig at Sachin Tendulkar, who is often hailed as the 'God of Cricket'. Here's what he said:

Who is the God or Demi-God coach Ravi Shastri is referring to? There is just one God we all know. But the question is why? This #TeamIndia deserves praise. Great praise for the unprecedented achievement. But not at the cost of denigrating others. Please. #bordergavaskartrophy pic.twitter.com/Bgbii4W0fB

In the run-up to the series, many have said that this was India's best chance to win a series Down Under thanks to the absence of Steve Smith and David Warner, and also due to the declining fortunes of the Australian team.

The World Cup win in 1983 is still one of India's greatest sporting achievements, often rivalling those of hockey teams' Olympics triumphs.  Symbolically, it liberated the Indian society from the clutches of the colonial hangover, but in purely sporting terms, it's unrivalled in every sense. It's also the raison d'etre of India's emergence as the cricketing superpower. Tendulkar or Kohli or Dhoni might not have picked up the bat had it not been for Kapil's Devils.