Sushil Kumar and his associates allegedly assaulted wrestler Sagar Dhankar at the Chhatrasal Stadium on the intervening night of May 4 and 5. Sagar succumbed to the injuries later 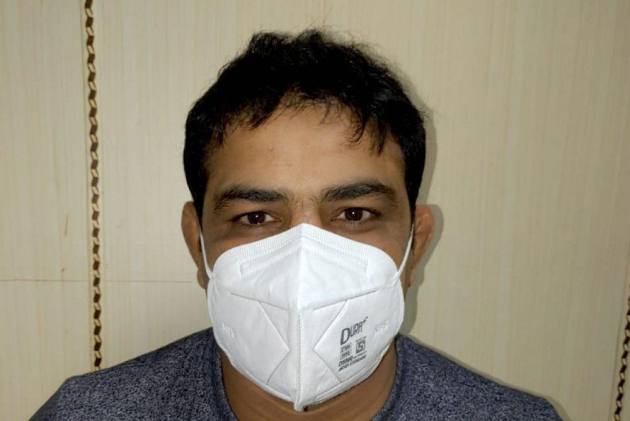 Two-time Olympic medallist Sushil Kumar, who was sent to six days' police custody on Sunday for interrogation in connection with the killing of a fellow wrestler, had reportedly asked his associates to make a video of the incident. (More Sports News)

Kumar and his associates allegedly assaulted wrestler Sagar Dhankar (23) and two of his friends, Sonu and Amit Kumar, at the Chhatrasal Stadium in Delhi on the intervening night of May 4 and 5. Sagar succumbed to the injuries later.

Kumar asked one of his associates, Prince to make the video in which Kumar and his associates were seen thrashing Sagar of the brawl to ensure he continues to have his influence in the wrestling circuit.

Kumar was arrested along with co-accused Ajay from outer Delhi's Mundka on Sunday. They were on the run for nearly three weeks.

Metropolitan Magistrate Divya Malhotra allowed the custodial interrogation of Kumar, who was produced before the court by the police, which sought 12 days of custody to quiz him.

"Sushil had asked (his friend) Prince to make that video. He and his associates thrashed the victims like animals. He wanted to establish his fear in the wrestling community," the police told the court, reported NDTV.

Allowing the police to interrogate Kumar for six days, the magistrate said, "No one is above law and law treats everyone equally. Our Constitution guarantees the right to life and liberty to all persons subject to exceptions. The allegations against the accused persons are grave in nature."

The court also noted that the involvement of a large number of people, including members of notorious gangs from outside Delhi, is suspected in the case and they are yet to be arrested.

"The CCTV installed at the place of incident has allegedly been tampered with and there is no sign of its DVR. All these points require a detailed investigation by the police. As such, in the interest of justice, I deem it appropriate to allow the application to the extent of six days," the magistrate said.

During the course of the proceedings, Additional Public Prosecutor Atul Shrivastava told the court that Kumar's custodial interrogation was required to unearth the conspiracy and motive behind the crime.

He said the weapon used in the commission of crime, Kumar's mobile phone, SIM cards and the clothes he wore during the brawl have to be recovered.

A rent agreement supposedly executed between the wife of the accused and one of the victims, Sonu, is also to be recovered, he added.

Police are also probing the link between Sushil Kumar and alleged gangster Kala Jatheri, whose nephew Sonu was also injured in the brawl, and the exact motive behind the incident, the officials said.

The case will now be handed over to the Delhi Police's Crime Branch.

The police said the case, which is currently being investigated by the northwest district police, will be officially transferred to the Crime Branch unit by Monday.

Sushil Kumar left the city as soon as he got to know about the wrestler's death, the police said, adding that multiple teams were formed to trace him and his aide but he kept changing his location regularly.

Several teams, including the Crime Branch and four teams of the Special cell, conducted raids in Delhi, Uttar Pradesh, Uttarakhand, Haryana and Punjab, another official said.

The Delhi Police had announced a reward of Rs one lakh for information leading to the arrest of Sushil Kumar, who had since been on the run. Another reward of Rs 50,000 was announced for Ajay Kumar's arrest.

"On Sunday morning, we got source-based input that Sushil Kumar, along with his associate, was on the way to collect cash from one of his friends in West Delhi when he was caught by a team of special cell from Mundka," a police officer said.

Earlier, a Delhi court had refused to grant anticipatory bail to the two-time Olympic medallist, saying he was prima facie the main conspirator and allegations against him were serious in nature.

The case was also registered under sections 188 (Disobedience to order by public servant), 269 (negligent act likely to spread infection of disease), 120-B (criminal conspiracy) and 34 (common intention) of the IPC and various sections under the Arms Act.