India will face second-placed Great Britain in their final round-robin league-stage match on Friday, a day before the final 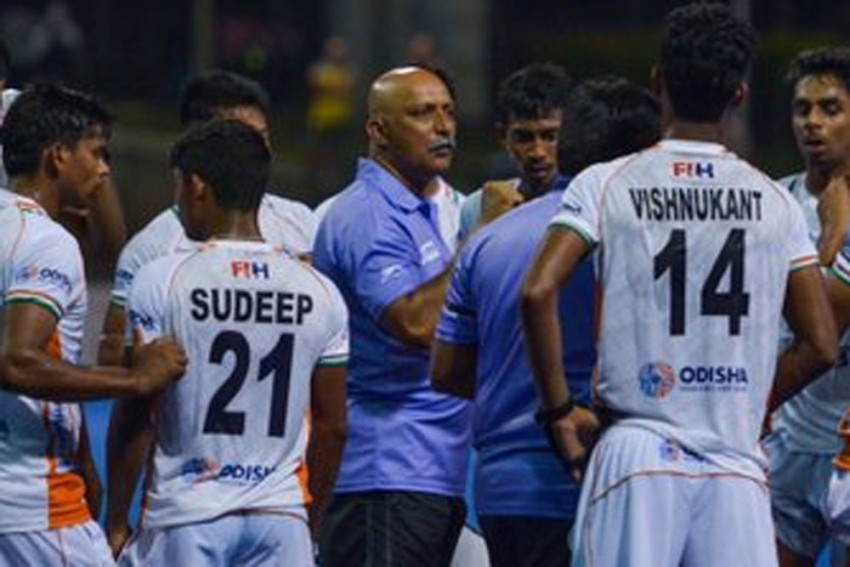 Despite being two goals up, India didn't take their foot off the pedal in the third quarter.
Courtesy: Twitter (@TheHockeyIndia)
PTI October 16, 2019 00:00 IST Sultan Of Johor Cup: India Beat Australia 5-1, Qualify For Final 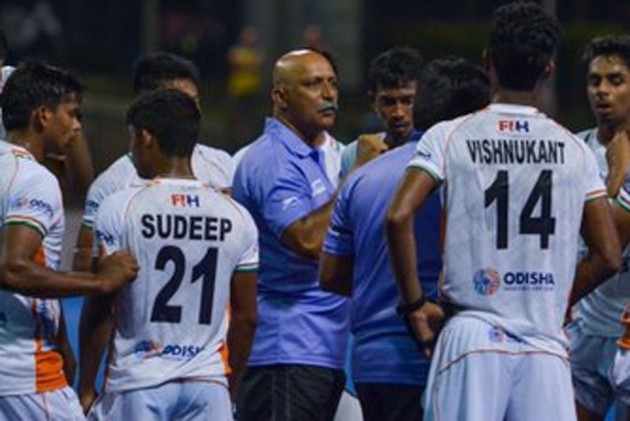 The Indian junior men's hockey team thrashed Australia 5-1 to qualify for the final of the 9th Sultan of Johor Cup at Johor Bahru, Malaysia on Wednesday. (More Hockey News)

India had the first sight of goal in the opening minute because of an Australian mistake. A misjudgement off an aerial ball meant Gursahibjit was clear on goal in the circle, but Robert Maclennan was quick to come off his line and block the angles before clearing the ball to safety.

For the rest of the quarter, both teams looked for control in midfield with the Aussies earning the first penalty corner of the game in the eighth minute.

Early in the second quarter, Prashant Chauhan was called into action. Off a swift attack, Michael Francis' shot was deflected by Sam McCulloch towards goal.

Chauhan was alive to the anger though, pulling off a reflex save to keep the scores level. India earned their first penalty corner of the game minutes later, but Gursahibjit dragged his attempt wide.

India had the lead through Lakra. The move was kicked off from a counter, Dilpreet Singh' inch-perfect pass unlocking the entire Aussie defence. The ball fell to Lakra in the circle, who had time to go around a charging Maclennan to score and give India the lead.

Right at the end of the quarter, Australia almost hit back, but Chauhan saved superbly to keep his team in the lead.

Off a penalty corner, India launched a counter and it was the Dilpreet-Lakra combination again that caused havoc in the Australian defence, the latter tapping one to double India's tally. India went into half time leading 2-0.

Despite being two goals up, India didn't take their foot off the pedal in the third quarter.

India will face Great Britain in their final round-robin league-stage match on Friday.