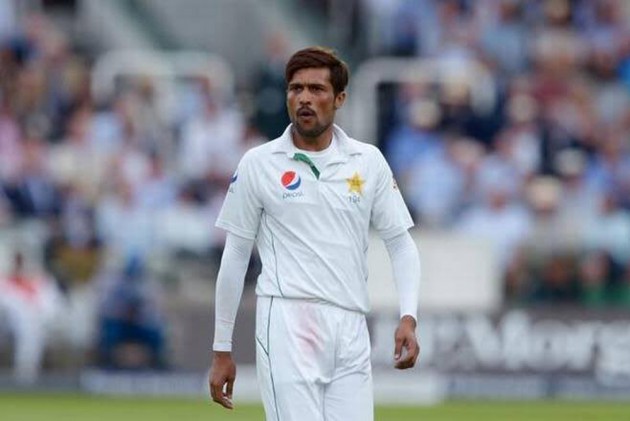 Pacer Mohammad Amir recently announced his retirement from Test cricket at the age of 27, which received plenty of criticism from greats like Shoaib Akhtar and Wasim Akram. Now, Pakistan national cricket team head coach Mickey Arthur has stated that he is not surprised by the bowler's decision, as his career in the longest format took a big hit by the spot-fixing ban.

The left-arm bowler was banned for five years after his involvement in the 2010 spot-fixing scandal in England. He made his comeback in 2015. He has played in 26 Tests and registered 119 dismissals.

"He (Amir) had five years out of the game...In those five years, he didn't do anything. His body was not up to the rigours of day in, day out Test cricket," Arthur told 'ESPNCricinfo'.

"We pushed him as much as we could during the England and South Africa series, because he is such a good bowler whom we wanted during those tours. We've tried everything we possibly could with Amir.

"He could have managed those five years better. He'd be the first one to acknowledge that. But I understand where he was in his whole life, so it was a tough period for him. I understand all that," Arthur said.

The 51-year-old feels that Amir could have become of the best Pakistani Test fast bowlers in history if he would not have lost five years.

"The Amir hype all those years ago was justified because he is a quality bowler. When the ball swings there's not much better. But he's not the bowler now that he was in 2009 and 2010. He was different, his body was different," he said.

"Making a connection between the bowler now and then would be wrong. But had he not had those five years out of the game, I think he would be up there with the very best Pakistan have ever had," he said.

"It was on the cards for a long while. Amir had been speaking to me about it with me for some time now. His Test career was taking a strain on his body," Arthur said.

"It's not about management here. It's about his desire to play Test cricket and the effects it has on his body... reluctantly I accepted his decision because that's what he wanted to do and that's what he thought was best for himself."

Arthur said the team will now have a "rejuvenated" limited-overs bowler in him.

"I've got a very soft spot for Mohammad Amir. As a person and as a cricketer, I admire him greatly. Yes, I am disappointed he won't be playing Test cricket for us. But it was made in the best interests of his white-ball cricket in mind," the head coach said.

"We get a white-ball bowler who's going to be rejuvenated, refreshed, and with a T20 World Cup just around the corner, in 18 months' time we've got a potential match-winner because we know he performs on the big stage."

In the recently concluded 2019 Cricket World Cup, where Pakistan didn't go past the league phase, Amir was his side's best bowler with 17 scalps.