Nicolas Pepe, who scored on his previous Premier League start at Everton in December, levelled before Bukayo Saka gave Arsenal the lead with his fifth league goal of the season. 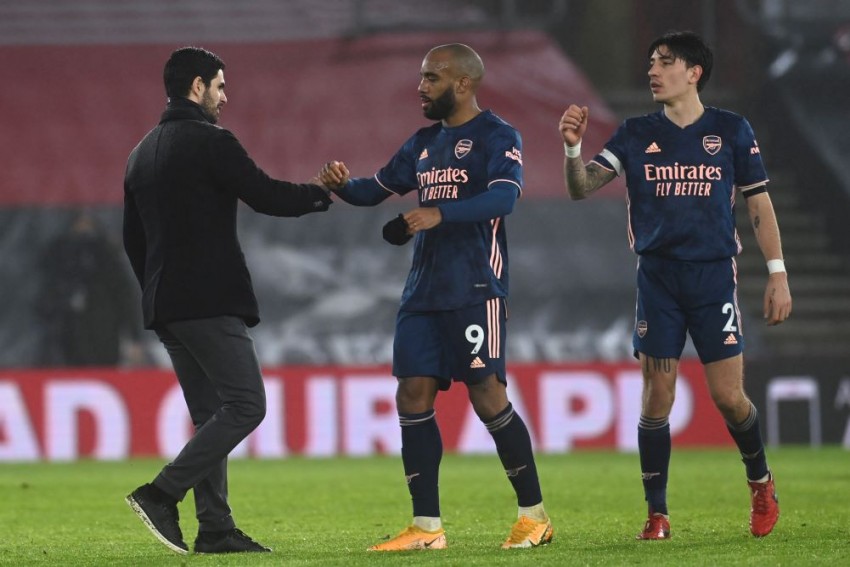 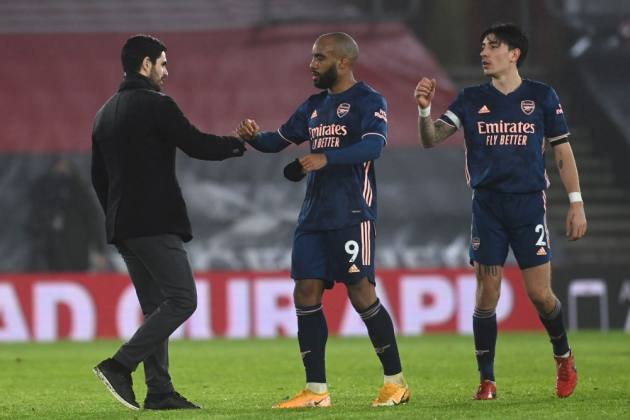 Arsenal earned revenge for their FA Cup defeat to Southampton by coming from behind to beat Ralph Hasenhuttl's side 3-1 at St Mary's in the Premier League on Tuesday. (More Football News)

Having suffered a 1-0 loss on the same ground three days earlier, Arsenal looked a different team as they attacked with great panache, but fell behind to a superb Stuart Armstrong strike after three minutes.

Nicolas Pepe, who scored on his previous Premier League start at Everton in December, levelled before Bukayo Saka gave Arsenal the lead with his fifth league goal of the season.

Southampton created several chances to claim a share of the points but found Gunners goalkeeper Bernd Leno in good form, and Alexandre Lacazette scored in the 72nd minute as Arsenal leapfrogged their hosts into eighth place in the table.

The home side stormed ahead after just three minutes when Armstrong met a James Ward-Prowse corner with a shot on the half-volley that flew past Leno and into the top corner of the net, despite the Arsenal goalkeeper getting a hand to it.

The lead lasted five minutes, as Arsenal pounced on a sloppy Jack Stephens pass and Granit Xhaka played Pepe into the area where he fired a low shot into the far corner of the net from 10 yards out.

Leno made a superb diving save from Che Adams to keep the scores level before Arsenal, six minutes from half-time, went ahead when Lacazette's incisive pass found Saka, who rounded Alex McCarthy and drilled the ball into the gaping net.

Armstrong carved an opening for Theo Walcott early in the second half but Leno was equal to the former Arsenal winger's effort.

Lacazette then finished a sweeping Arsenal attacking move from point-blank range at the other end to seal the victory with his eighth league goal of the season.

What does it mean? Arteta's men turn on the style

The turgid performances Arsenal produced earlier in the season seemed a distant memory as they delivered a high-octane display full of attacking intent, though Southampton did match them for attempts on target (five each).

Arteta's men are now unbeaten in their last six Premier League matches, winning five of those, and are climbing the table at a crucial stage in the season.

10 - Alexandre Lacazette is the first Arsenal player to reach 10 goals in all competitions this season, whilst he has now hit double figures for goals in all four seasons since joining the Gunners. Poacher. pic.twitter.com/xBX3Ykztfa

Smith Rowe defends from the front

Emile Smith Rowe's poise is essential to Arsenal's high-press, closing Southampton down before they could impose their customary passing style, and he distributed the ball superbly with a passing accuracy of 93.8 per cent in the opposition half.

Danny Ings has been in good form for Southampton this season, scoring seven goals in 14 league appearances, but he hit the target with just one of his three shots on goal here and failed to trouble Leno.

- Arsenal have won back-to-back away Premier League games against Southampton for the first time since winning in March and August 1997 under Arsene Wenger.

- Only Manchester City have won more points (18) and conceded fewer goals (one) than Arsenal in the Premier League since Boxing Day (16 points and two goals conceded for the Gunners during this period).

- Arsenal have won an away Premier League game after conceding the first goal for the first time since December 2019 against West Ham. The Gunners were winless in such fixtures under Arteta prior to today (P7 D2 L5).

- Only Lacazette (12) has been involved in more goals for Arsenal in all competitions this season than Pepe (nine - six goals, three assists).

Arsenal entertain Manchester United at Emirates Stadium in the Premier League on Saturday, while Aston Villa are the visitors to St Mary's on the same day.