The first group of about 100 people received the first doses at a state-run hospital in Seoul as the country prioritized vaccination program for its Olympic delegation. 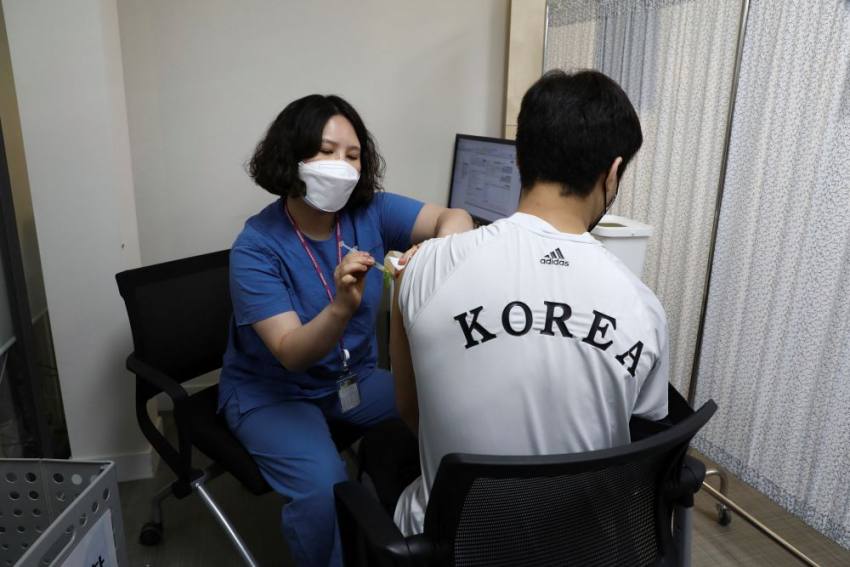 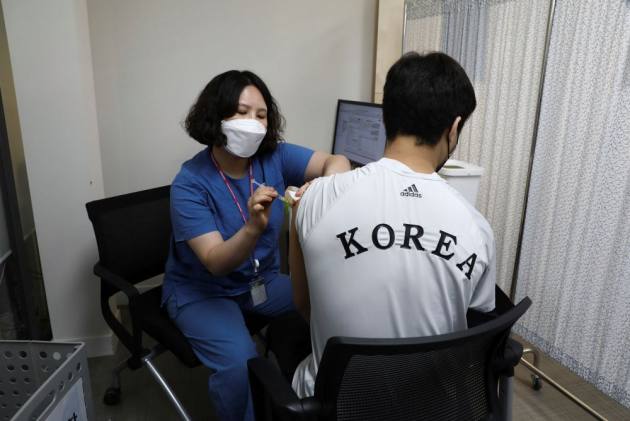 The Korean Sport and Olympic Committee said the first group of about 100 people received the first doses at a state-run hospital in Seoul at the start of the country's prioritized vaccination program for its Olympic delegation. They will be given second shots in the coming weeks.

A total of 930 athletes, coaches, officials and other support staff will be vaccinated ahead of the Tokyo Games, which is set to open on July 23. Athletes can receive the vaccines if they have already qualified for the Olympics or are in qualifying tournaments, so some may get vaccinated but not attend the games.

The sports ministry said in a statement on Monday it supports South Korean athletes preparing for the Olympics and hopes their vaccinations would help realize their "safe, successful participation in the games."

It said athletes and coaches will all get the Pfizer vaccine. Officials, support staff and journalists who are 30 or older will be given the AstraZeneca vaccine but those younger than 30 are to receive the Pfizer vaccine in line with a national vaccination program, the statement said.

South Korea tentatively aims to send about 800-900 people to the Olympics, 350 of them athletes and coaches in 27 events. Olympic committee officials expect to finalize the Olympic delegation in late June when all qualifying tournaments are finished.

The sports ministry said about 150 athletes and coaches hoping to attend the Tokyo Paralympics will separately get virus shots on Friday and May 4. Ministry official Park Seungjoon said support staff for the Paralympics are expected to be given shots in May.

The 150 people also include athletes who are still in qualifying events. South Korea sent about 160 athletes, coaches and others to the Rio Paralympics in 2016, Park said.

Earlier Thursday, South Korea’s health authorities said they have inoculated about 2.8 million people, about 5.4% of its 52 million people. The government recently said it has secured enough vaccines for 99 million people, nearly twice its total population, and that it seeks to achieve herd immunity by November.

South Korea has avoided a widespread outbreak like ones seen in India, the United States and elsewhere, but it has recently experienced a steady surge in new infections. As of Thursday morning, the country has reported 121,351 cases with 1,825 deaths.

Meanwhile, rival North Korea said last month it won’t take part in the Tokyo Games, citing virus concerns. It is the first time the country will skip a major international sports event because of an infectious disease. North Korea maintains some of the world’s toughest anti-virus steps, though it has repeatedly claimed to be coronavirus-free, an assertion disputed by outside experts.