India defeated South Africa with considerable ease, registering a 3-0 whitewash. Head coach Ravi Shastri got so bored by the visitors' poor performance, that he fell asleep during the third Test. 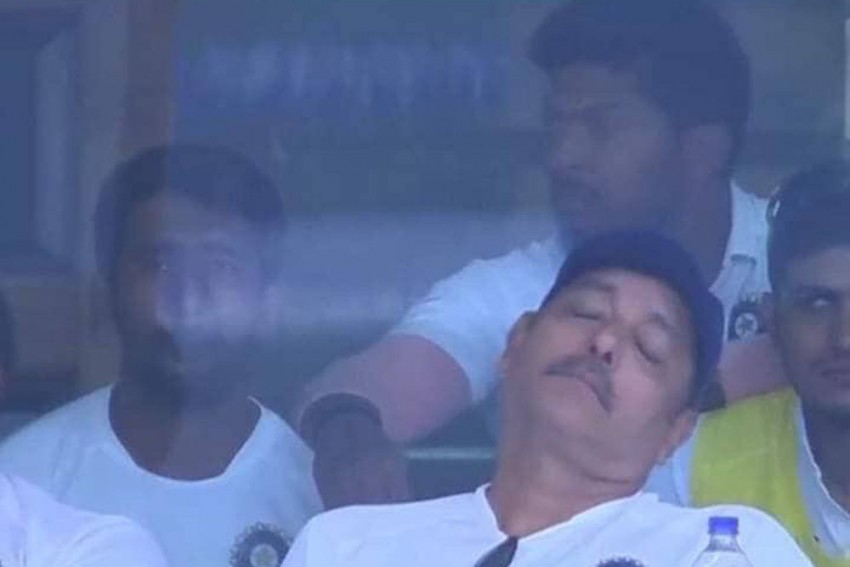 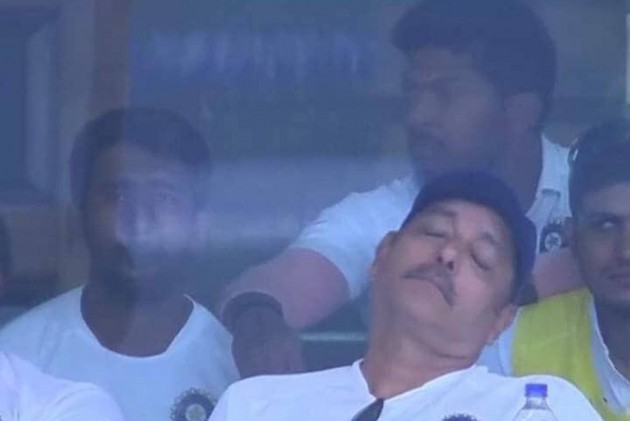 Shastri's latest incident has added a touch of humor to his side easy win over the Proteas. The head coach has also faced the brunt of trolls in the past due to his social media photographs.

Here are the reactions to his latest gaffe:

Every Indians dream is to get job like #RaviShastri do nothing and get payment in crore. pic.twitter.com/nI0AeTT0Vu

Dada @SGanguly99 do we really need him as head coach? Please do something. When team is playing out there he is njying his dream as a coach. @BCCI #RaviShastri #sackRaviShastri pic.twitter.com/j5Eb833ETN

Shastri also praised Rohit Sharma who received the man of the series award.

"Ajinkya Rahane was always there in the middle order, he only needed to rediscover, which he did himself. Rohit is different class. As an opener he needed to have a different mindset, he acclimatised. It was a difficult pitch to start with but usne jhela," Shastri told official broadcaster 'Star Sports' at the end of the match.

"He has it in him to be unfazed by difficult conditions. What he has done in this series is tremendous," he added.

Shastri lauded the mindset of the team, which he said, is never perturbed by the conditions it encounters whether at home or abroad.