Simone Inzaghi has stepped down as head coach of Lazio amid strong links with the Inter job, which was vacated by Antonio Conte on Wednesday. 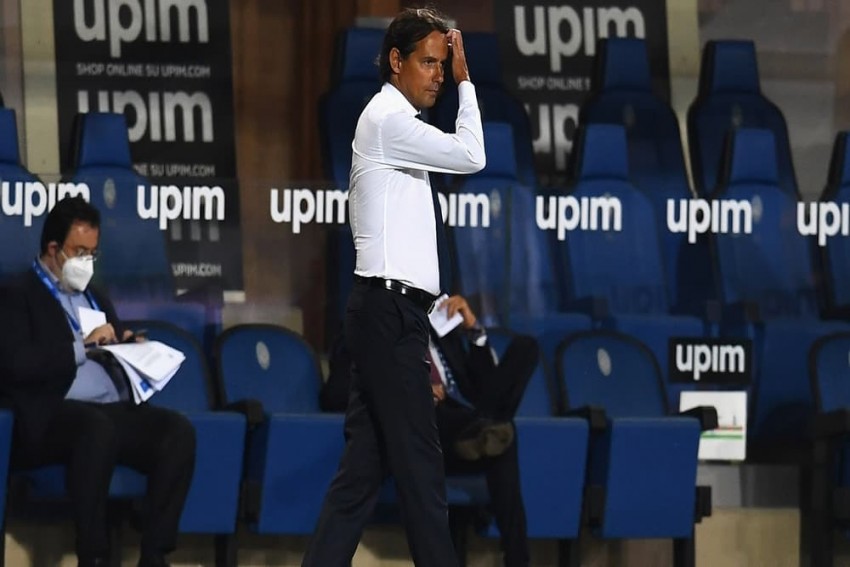 Simone Inzaghi has stepped down as head coach of Lazio amid strong links with the vacant Inter job. (More Football News)

The 45-year-old has spent his entire five-year managerial career at Stadio Olimpico, where he also enjoyed 11 years of service during his playing days.

Inzaghi guided Lazio to Coppa Italia success in 2018-19 and a couple of Supercoppa Italiana triumphs in 2017 and 2019, as well as ending the club's 13-year wait for Champions League qualification.

He had been widely expected to extend his contract with the Biancocelesti, which is due to expire at the end of next month, but it has now been confirmed the former Italy international is leaving the club.

Lazio released a statement on their official website on Thursday but did not refer to Inzaghi by name.

"We respect the change of mind of a coach and, before that, of a player who for many years tied his name to the Lazio family and the many Biancocelesti successes," the statement read.

Inzaghi, who was previously touted as a contender for the Tottenham job, won 108, drew 35 and lost 55 of his 198 matches in charge of Lazio.

"With the strongest emotion, I wish to inform you that from June 30 my marvellous adventure with Lazio will conclude," he later told news agency ANSA.

"I thank the club, the president, the players and fans who accompanied me in these splendid 22 years as player and coach.

"We fought and won together. These colours will always remain in my heart: the Biancocelesti will forever be part of my soul."

Reports from Italy suggest Inter are close to agreeing a deal with Inzaghi to succeed Antonio Conte, who left San Siro by mutual consent on Wednesday just a month on from ending the Nerazzurri's 11-year Scudetto wait.

Conte's departure came amid a reported dispute between the coach and the club's owners over salary cuts and player sales, with Inter reportedly looking to raise €100million to help balance the books.