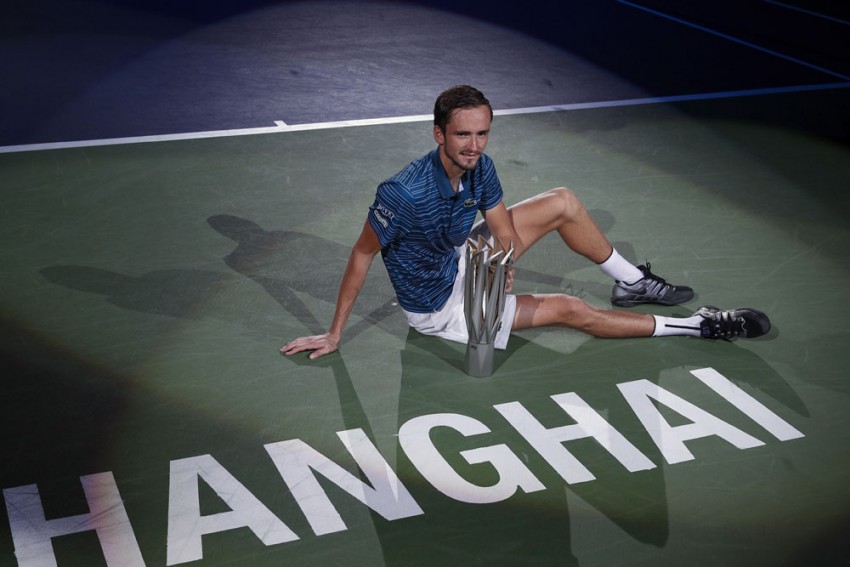 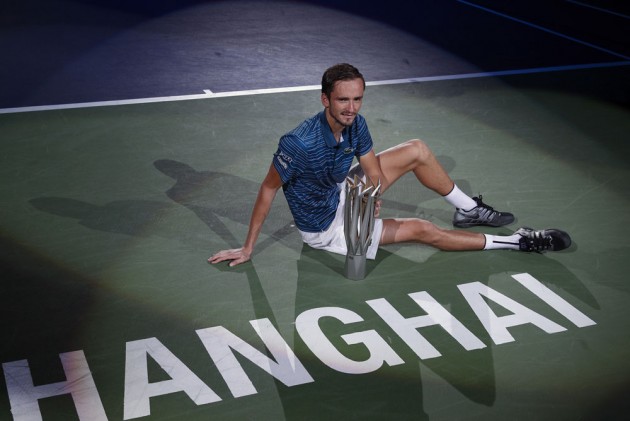 Daniil Medvedev won his fourth title of a spectacular year with a thumping 6-4, 6-1 victory over Alexander Zverev in the Shanghai Masters final on Sunday. (More Tennis News)

Victory for the 23-year-old Russian, contesting a sixth final in a row, was more evidence that he is the prime contender to join the "Big Three" of Novak Djokovic, Rafael Nadal and Roger Federer.

The US Open finalist is also able to say that he has finally beaten the German Zverev, another young contender at 22, at the fifth attempt.

This was an emphatic statement from the world number four, needing just 74 minutes to seal the crown.

"I think the stadium was full today and you guys are amazing support, starting from my first match," Medvedev told the crowd.

"You gave me good energy to win this tournament. Thank you very much, Shanghai will always be a special place in my heart." Zverev, long touted as the best of the new generation of men's tennis stars, was error-prone, but had no complaints.

"As I said yesterday, you are probably the best player in the world right now," the world number six told Medvedev.

"How you are playing is unbelievable."

Medvedev made a fast start, winning his service game and then breaking Zverev's for an early 2-0 lead.

Under a closed stadium roof because of rain in Shanghai, Zverev was suffocating, down 3-0 after 11 minutes.

But the German sent down an ace to finally get a foothold in the match and then broke back for 3-2.

The duo went with serve until Zverev conceded the set with two calamitous double faults on the trot, the last of which he transpired to gift with a horribly mis-hit second serve that drew a few giggles from the crowd.

The second set began in the same way as the first -- Medvedev breaking Zverev's first service game for a prompt 2-0 lead.

He then broke once more in the fourth for a dominant victory, and sealed the title with an ace -- and the most subtle of smiles.

The next generation has stamped its authority on Shanghai with Djokovic and Federer -- beaten by Zverev -- both going out in the quarter-finals.

Nadal failed to play because of a wrist injury.