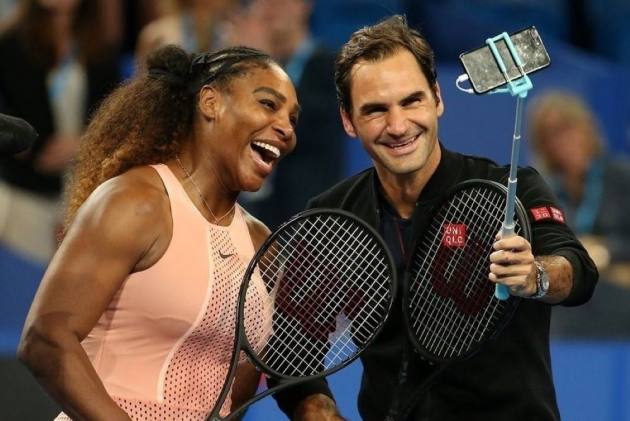 Knee surgery kept Federer out of action for more than a year following the 2020 Australian Open, with the Swiss finally returning to the court in a competitive match in March.

A swift exit in Doha, in just his second match, prompted Federer to return to practice, not playing again until this week's Geneva Open.

His comeback will capture the attention of a fellow tennis legend, as Williams, herself ramping up French Open preparations in Parma, discussed her love for the ATP icon after a win on Monday.

"He's just a synopsis of greatness and class and amazing and really changed the game," Williams said.

"I just feel like he is really the greatest player. Just look at him. You can't not like the guy, that's how I feel.

"His game is so fantastic. If I could only play like him!"

Federer is not entirely sure his game will be "so fantastic" when he steps out on the court against Pablo Andujar, though.

The lack of match practice means Federer has modest targets, rather than thinking about challenging great rivals Novak Djokovic and Rafael Nadal.

So good to see @rogerfederer back on clay

Watch him prepare for his return to action at the @genevaopen

"Of course there are question marks around my level right now. We will find out a little bit more tomorrow [Tuesday].

"In practice, things have been going well, so I'm happy there, and when you come back from an injury, you are in a different place to everybody else.

"The players are there, I'm here at the moment.

"I'm excited about the comeback; that's what my focus needs to be on and not trying to be the same level as Rafa and Novak right now."

And Federer suggested he might have to be even better than before to again be competitive.

"The generation of [Stefanos] Tsitsipas, [Alexander] Zverev, [Andrey] Rublev and [Daniil] Medvedev have all again gotten better naturally, because they have more experience," the 39-year-old said.

"Dominic [Thiem] won a slam in the meantime, Rafa and Novak are still where they are.

"So, you would think that the game has improved again. For me, that's going to be an extra challenge, extra hard to find that level.

"But one I knew from the get-go that would never be simple, regardless if I was going to be out for three months or now almost a year and a half."