Home  »  Website  »  Sports  »  Santiago Solari, What Will You Say To Julia Roberts Now?

Santiago Solari, What Will You Say To Julia Roberts Now?

After Real Madrid's season got wiped out in a week, Solari must be wondering about all the possible scenarios, including reactions from the Holywood superstar 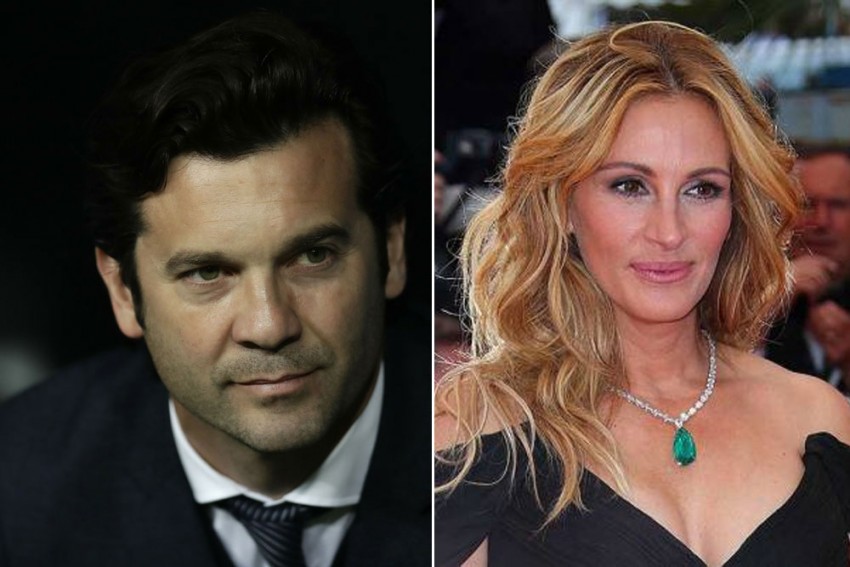 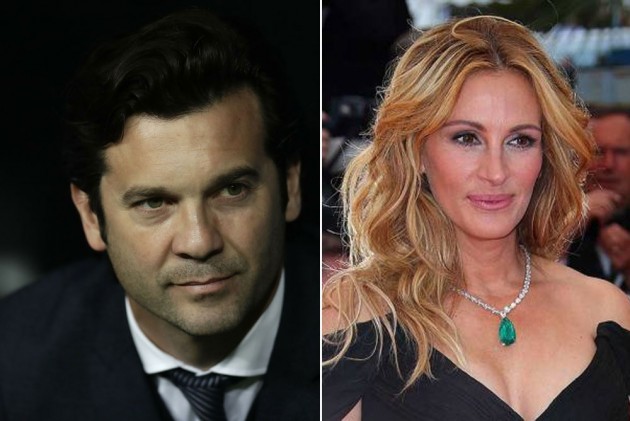 After Tuesday night's 1-4 defeat at the hands of visiting Ajax, which ended Real Madrid's UEFA Champions League title defence, manager Santiago Solari has vowed not to give up.

But Julia Roberts, a self-professed Manchester United fan, may not agree with the Argentine, who only a night ago joked about the Hollywood superstar in the build-up to the second leg of the Round of 16 match against the Dutch outfit.

Reacting to former Real manager Jose Mourinho's statement that he "will have no problem at all" to return to "a club where you [I] worked before wants you [me] back," Solari said that the 13-time European champions have "always been more courted than Julia Roberts."

And when asked whether the actress would prefer himself or Mourinho, Solari replied with, "You should ask her."

An Oscar winner and once the highest-paid actress in the world, Roberts had relationships with actors Jason Patric, Liam Neeson, Kiefer Sutherland, Dylan McDermott, and Matthew Perry.

But after a brief engagement to Sutherland, she married country singer Lyle Lovett then dated actor Benjamin Bratt. And now she is married to cameraman Daniel Moder.

Now after their season got wiped out in a week, Solari must be wondering about all the possible scenarios, including possible reactions from Roberts. As of now, there is no public reaction from the actress, but club fans have already denounced him, calling for his head.

After back-to-back defeats at the hands of eternal rivals Barcelona, which ended their Copa del Rey campaign and left irrelevant in La Liga, the three-time defending champions were bundled out of the world's most famous club competition, 3-5 on aggregate.

The 1-4 defeat at home in the second leg of the Champions League round of 16 was the fourth straight home loss in all competitions, something that hadn't happened since 2004. It capped one of the worst weeks in the club's recent history.

The shocking defeat at the iconic Santiago Bernabeu also spelled the end of Real Madrid's unprecedented era of European dominance – a reign of more than 1,000 days.

The uber-successful club will now endure a trophy-less season in its first campaign since the departure of Cristiano Ronaldo.

Real hadn't lost a Champions League knockout tie since the 2015 semi-final against Juventus. It had reached at least the semifinals in eight straight seasons and hadn't failed to make it past the last 16 since 2010.

And it prompted many publications to run polls like: Quien es el culpable de la debacle del Madrid? (Who is to blame for the debacle of Real Madrid?)

But a defiant Solari, after the match, said that the club is "bigger than any of us" and he "did not come to the club in such a difficult moment to give up."

Solari, a former Real midfielder, replaced Julen Lopetegui as manager in November, signing a contract until 2021.

Ajax was playing in the last 16 for the first time since 2006 and will be making its first quarterfinal appearance since 2003.

Meanwhile, Roberts reportedly paid £80,000 for a pair of seats for her and husband Danny Moder at the 2022 FIFA World Cup.