Barcelona are no longer in title contention after letting an early lead slip to lose at home to Celta Vigo, as rivals Real Madrid and Atletico both won 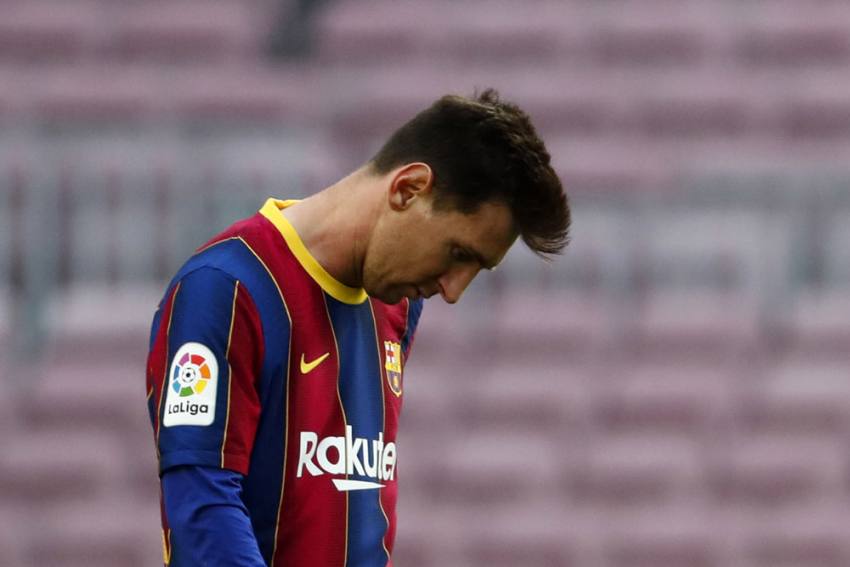 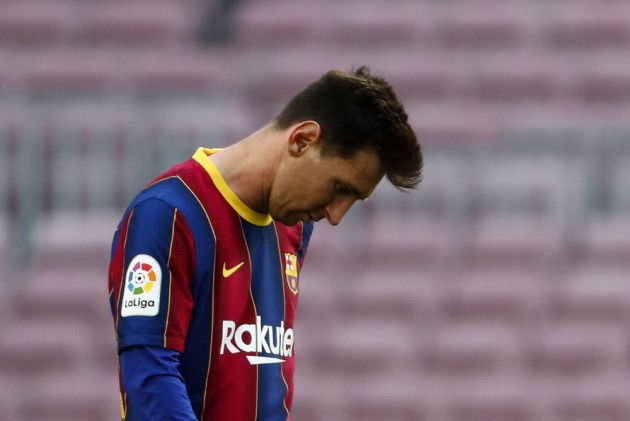 The Blaugrana entered the penultimate matchday of the season in third, four points behind leaders Atletico Madrid and two shy of second-placed Real Madrid.

But Atleti and Madrid both won, meaning Barca's challenge would have concluded early even if they had protected the lead forged by Lionel Messi.

As it was, Mina had the visitors level seven minutes before the break and then, after Clement Lenglet was sent off for a second booking, the Celta forward lashed in an 89th-minute winner.

It had all started so well for Barca, with Messi predictably at the heart of their best work up to and including his 28th-minute header.

Sergio Busquets' deep cross from the left found Messi beyond the Celta defence to nod past Ivan Villar, who had repelled the hosts' best chance to that point when he blocked from Antoine Griezmann.

But Celta levelled with their first shot, a smart Mina finish from 20 yards that wrongfooted Marc-Andre ter Stegen, apparently unsighted behind Gerard Pique.

Although that goal did not initially alter the pattern of play, Barca became increasingly impatient as they struggled to forge clear-cut openings and left gaps at the back.

A far more impressive contribution from Ter Stegen saw the goalkeeper dive to his right to deny Denis Suarez, while he tipped away an awkward free-kick moments after Lenglet earned his second card seven minutes from time for a rash challenge on Kevin Vazquez.

There was another stop from Suarez, too, and those saves might have provided a platform for a Barca winner, only for Martin Braithwaite to miss the target from close range.

The decisive goal instead arrived at the other end, with Ter Stegen caught under Augusto Solari's cross, which bounced back out off the post for Mina to blast into the net. 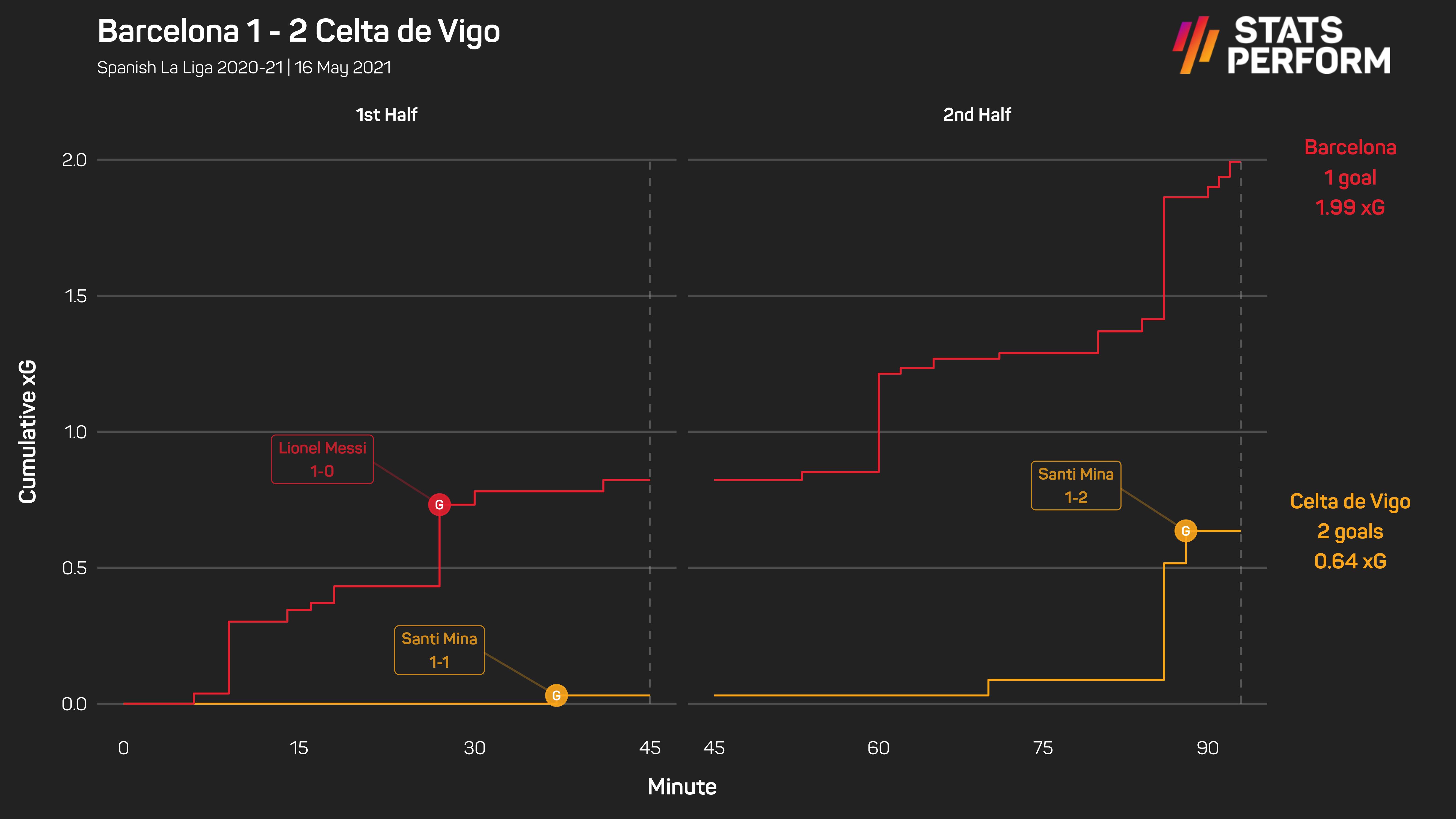 What does it mean? Barca bow out of contention

"We didn't throw it away," was Koeman's assessment of the title race on Friday. "We made a comeback that cost us a lot of effort."

The Barca coach is right in that his side wemeant re never in pole position, stringing together 19 games without defeat just to enter last month's Clasico a point off the pace. But a subsequent run of three wins in eight matches showed they had little left for the run-in.

Even with expectations gone and the pressure off on Sunday, Koeman's side could not see off a passive Celta side, who needed only a single forward foray to equalise, setting the stage for their effective late flurry.

Little blame could be laid at Messi's door as he did more than most to attempt to keep Barca in the picture. In a first half in which Celta were outshot nine to one, Messi had a hand in six of those home efforts, attempting five of them himself.

Barcelona's belief wavered when Celta's sole attempt before the break found the net and Messi, who still has a decision to make on his future, could not lift his team-mates again.

The Barca goalkeeper has been another of the team's better performers this term and there were some big stops again here.

But this defeat came after a pair of soft concessions from Ter Stegen, who might argue he could not see Mina lining up the opener but allowed an attempt worth just 0.04 expected goals on target to find the net.

Barca finish the season at Eibar next Sunday but now have nothing riding on that game, much like eighth-placed Celta at home to Real Betis on the same day.