Greek 14th seed Tsitsipas had enjoyed a fairytale run to his first Grand Slam last four, including a win over Roger Federer, but found Nadal in ruthless form as he won in 1hr 46min. 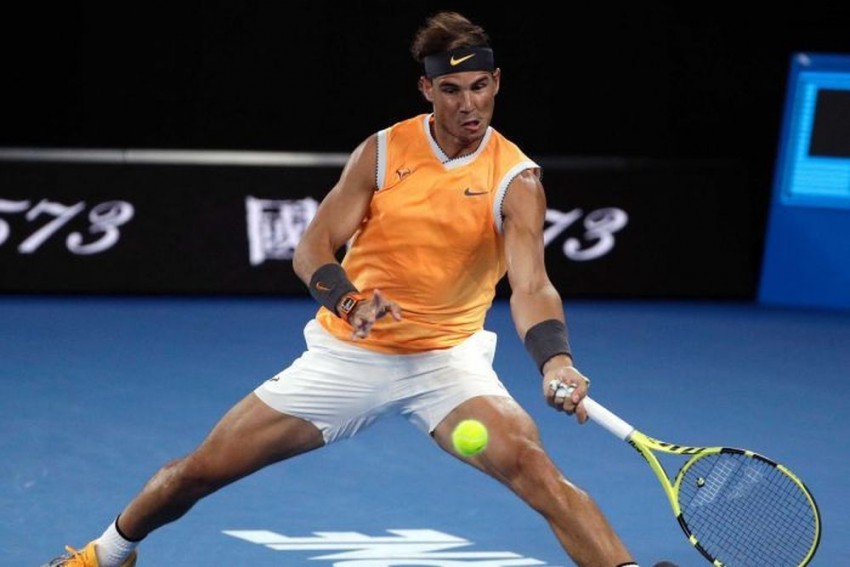 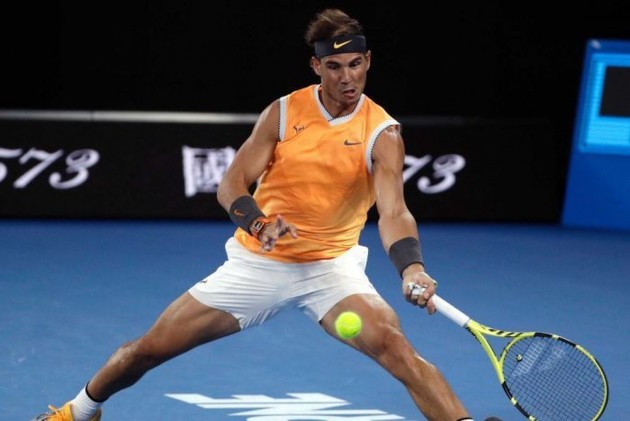 Rafael Nadal handed rising star Stefanos Tsitsipas a tennis lesson on Thursday as he drubbed him 6-2, 6-4, 6-0 in the Australian Open semi-final.

Greek 14th seed Tsitsipas had enjoyed a fairytale run to his first Grand Slam last four, including a win over Roger Federer, but found Nadal in ruthless form as he won in 1hr 46min.

The Spanish second seed has not dropped his serve for an astonishing 63 straight games and has not lost a set on his way to the final, where he will face either Novak Djokovic or Lucas Pouille.

"It's been a great match, a great tournament," Nadal said after a breathtaking display of almost perfect tennis.

"I think I have played very well every day. After a lot of months without playing is probably this court, this crowd it gives me that unbelievable energy."

The 20-year-old Tsitsipas had been hailed as a new Greek god of tennis after beating Federer, but his ascent to the summit of his personal Olympus was comprehensively halted by the colossus called Nadal.

Nadal's win put him into his fifth Australian Open final and keeps him on course to become the first man to win all four Grand Slams twice in the Open era if he can add to his sole Melbourne Park crown in 2009.

Tsitsipas, in just his second Australian Open and seventh appearance at a Grand Slam, was looking to become the first Greek player -- man or woman -- to reach a final in a major.

"He has everything to become a multi-Grand Slam champion," Nadal said of the young Greek, who enjoyed a breakthrough 2018, winning the ATP Tour NextGen Finals.

"When at that age he is in the semi-finals that says a lot of good things about him and winning the matches that he won already, so, yeah, I hope to face him in important rounds in the next couple of years, hopefully."

Nadal, who shattered the dreams of two other NextGen stars 19-year-old Alex de Minaur and 21-year-old Frances Tiafoe by jumping all over their serves early, made another immediate statement.

At 1-1 a rasping double-handed backhand and a forehand winner gave him a first break point which the Spaniard duly converted.

With the pressure mounting, Tsitsipas tried to hammer his way out of trouble at 4-2 down by going for huge serves.

Two double faults were the result and with his strategy being scrambled, an ill-advised drop shot gave the rapidly advancing Nadal an easy kill to extend his advantage to 5-2 before serving out the set in just 31 minutes.

The second stanza was on serve at 2-2 when Nadal pulled off the shot of the tournament, a running forehand around the net post from almost behind the umpire's chair on his way to earning three break points.

This time the early break did not come as Tsitsipas suddenly found his first serve accuracy when he needed it most and crucially clung on to hold with an ace.

But at 4-4 he was in trouble again as Nadal swarmed all over him and took the break and again served for a two-set cushion after just 75 minutes of play.

And the great Spaniard was in no mood to hang about at the start of the third, breaking Tsitsipas not once but three times to inflict a humiliating 6-0 "bagel" on the youngster in a further 31 minutes.

The second break came with the help of another outrageous forehand winner after being wrong-footed, a dreamy lob winner followed by a tricky backpedalling overhead smash made to look ridiculously easy.

Australia Open, Semi-finals: Who Plays Whom In Semis, And When?