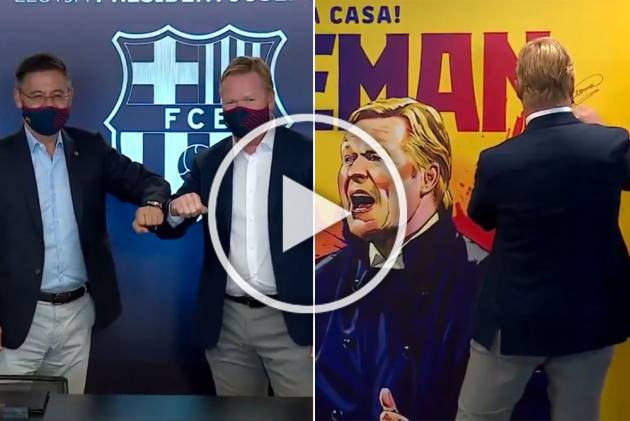 The official announcement comes five days after the team's humiliating 8-2 loss to Bayern Munich in the Champions League quarterfinals.

Koeman, 57, replaced the fired Quique Setien, who stayed only 25 matches on the job after taking over from Ernesto Valverde in January.

Koeman had been coaching the Dutch national team since 2018, and previously coached in the Premier League, La Liga, the Dutch league and the Portuguese league.

He began his coaching career as an assistant with Barcelona in the late 1990s.

As a player, Koeman helped Barcelona clinch their first European title by scoring an extra-time winner in a final against Sampdoria at Wembley Stadium nearly two decades ago.