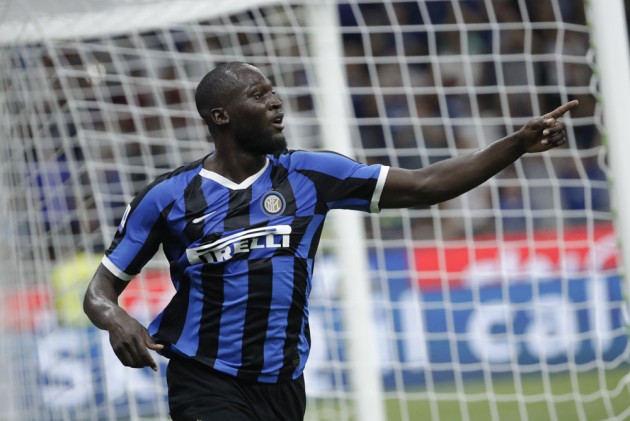 Romelu Lukaku urged footballers to unify against racism and demanded social media companies do more to combat discrimination after the striker was abused by Cagliari fans on Sunday. (More Football News)

Inter won 2-1 in Sardinia thanks to Lukaku's second-half penalty, but monkey chants could be heard coming from fans behind the goal as the Belgium international prepared to take his kick.

After scoring, he glared back at the supporters in question instead of celebrating.

It was the fourth high-profile incident involving Cagliari fans in just over two years, with Sulley Muntari, Blaise Matuidi and Moise Kean all targeted in the past.

Lukaku's former Manchester United team-mates Marcus Rashford and Paul Pogba have been targeted by racial abuse on social media this season, and Lukaku is demanding a greater effort from necessary stakeholders to stamp out discrimination.

"Many players in the last month have suffered from racial abuse," Lukaku wrote on his official Instagram account. "I did yesterday [Sunday], too.

"Football is a game to be enjoyed by everyone and we shouldn't accept any form of discrimination that will put our game in shame.

"I hope the football federations all over the world react strongly on all cases of discrimination!!!

"Social media platforms (Instagram, Twitter, Facebook) need to work better as well with football clubs, because everyday you see at least one racist comment under a post of a person of colour. We've been saying it for years and still no action.

"Ladies and gentlemen, it's 2019. Instead of going forward, we're going backwards, and I think as players we need [to] unify and make a statement on this matter to keep this game clean and enjoyable for everyone."

Cagliari released a statement on Monday condemning the chants and vowed to ban those responsible.