Roger Federer outclassed David Goffin to claim a landmark 10th Halle Open title on Sunday. Federer had never won a single tournament on more than nine occasions before sealing a 7-6 (7-2), 6-1 victory over the Belgian. 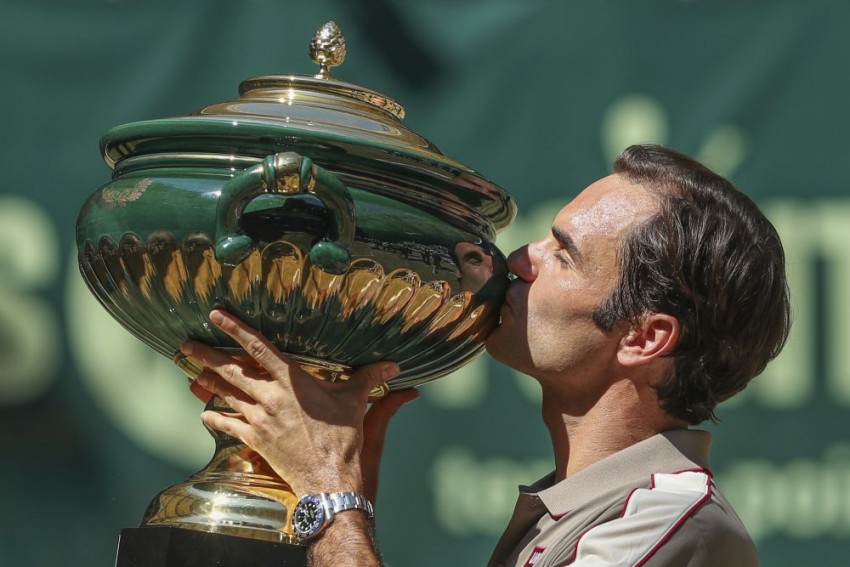 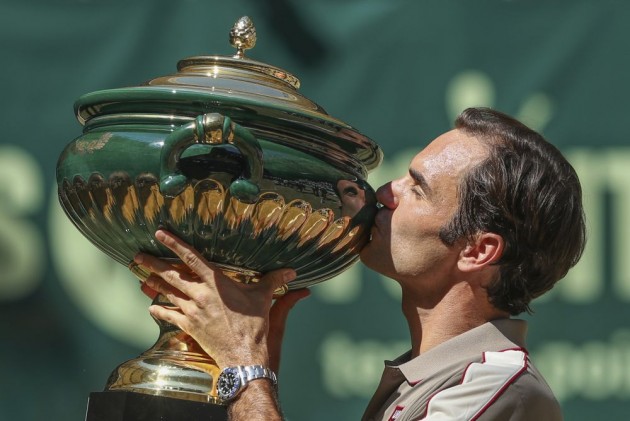 Roger Federer will head to Wimbledon in high spirits after waltzing past Belgium's David Goffin in straight sets to win a record-extending 10th title at the ATP event in Halle on Sunday.

"It's unbelievable. I never thought when I first played here that I would win 10 titles," said Federer.

"I've never won a tournament 10 times before, so I will remember forever that I did so here in Halle."

The Swiss star is chasing a ninth Wimbledon crown in London next month as he looks to extend and defend his record of 20 career majors.

Federer endured a rough ride in the early rounds in Halle, battling to hard-fought, three-set victories over Jo-Wilfried Tsonga and Roberto Bautista Agut.

Things got easier in the latter stages as he thrashed Andy Murray's new doubles partner Pierre-Hugues Herbert in the semi-finals before dispatching Goffin on Sunday.

Federer held off three break points early in the first set before prevailing in the tiebreaker.

An unsettled looking Goffin then gifted Federer the opening game of the second set with a double fault on break point.

From there, the Swiss never looked back, breaking Goffin twice more on his way to a 10th Halle title.

"I thought David was actually better than me in the first 10 games," said Federer.

Goffin added: "I thought I started really well, there was great intensity in the first set.

"I had opportunities, but you have to take them against Roger. This guy is pretty good."

It is the first time Federer has reached double figures at any individual tournament.

He has triumphed eight times at both Wimbledon and the Dubai Open, and has won his home tournament in Basel on nine occasions.