Partnering Feliciano Lopez, Andy Murray sealed a place in the finale with a 7-5, 6-7 (5/7), 10-7 win against John Peers of Australia and his Finnish partner Henri Kontinen. 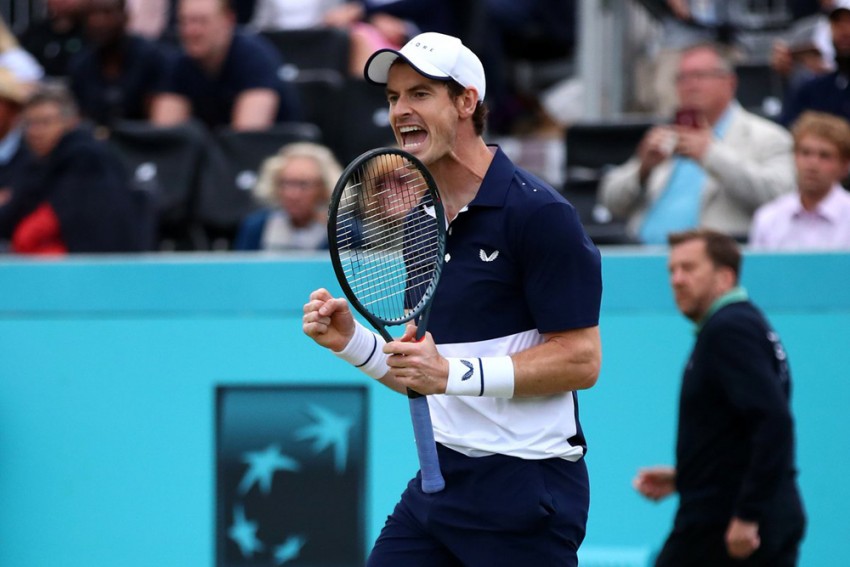 Murray's serve in the following game came under pressure, but he showed great agility and touch to race to the ball and stroke it down the line, earning a grin from Lopez.
Twitter
PTI June 23, 2019 00:00 IST Andy Murray Marks His Return With Doubles Final Berth At Queen's 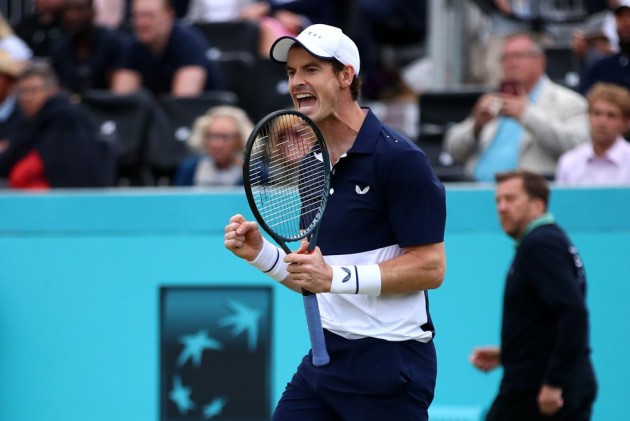 Former world number one Andy Murray's dream return continued on Saturday as he and Feliciano Lopez progressed to the doubles final at Queen's, beating the defending champions in the semi-finals.

The 32-year-old, who is making his first competitive appearance since what he termed "life-changing" hip surgery, and his partner Feliciano Lopez came through 7-5, 6-7 (5/7), 10-7 against John Peers of Australia and his Finnish partner Henri Kontinen.

"It was a good match. We obviously had some chances to finish it in the second set," said Murray.

"I'm very happy to be in the final." Murray, who said he felt zero pain in his hip but that his back was stiff and his arm tired from serving, said he had not expected to get this far.

"I didn't have high expectations at all," he said.

"Yeah, I think things have probably got a little bit better maybe with each match, as well.

"I didn't expect to be playing in the final, no, that's for sure." Murray, who was surprised to hear Maria Sharapova had offered to be his partner in the mixed doubles at Wimbledon despite him slamming her when she failed a dope test, had attracted a visit from former Manchester United manager Jose Mourinho whilst he was practising before his match.

"Was asking a bit about my hip and asked him what he was up to, try and see if he was going to come to Arsenal," added the avid Gunners fan with a smile.

Murray may have been the reason for keeping the stands packed -- although they thinned out a bit by the end -- but he owed a lot to an extraordinary effort by 37-year-old Lopez.

The Spaniard effectively stayed on centre court for most of the day -- winning his singles semi-final in three sets.

Then he and Murray polished off their unfinished quarter-final before a marathon effort in the doubles semi-final.

Lopez said that if anyone had told him he would have played this much a week ago he would have said they were "crazy." He was also generous in his praise of Murray.

"What Andy showed me basically is he is a great champion," said Lopez.

"I'm learning a lot of things from him, no? He's so competitive, he loves winning."

Lopez -- who Murray may regret overlooking as his doubles partner for Wimbledon -- earned a pat on the back from Murray.

Murray chastised himself for a mess he made of one shot in the first set, asking: "What was I doing?" However, his brilliance was epitomised when he fired an unstoppable forehand winner off a Kontinen serve to secure a break point and they moved 6-5 ahead when Peer fired long.

Murray raised his fist and said "come on" as he ran back to his seat, but Lopez stayed standing, his herculean efforts perhaps beginning to tell.

Murray's serve in the following game came under pressure, but he showed great agility and touch to race to the ball and stroke it down the line, earning a grin from Lopez.

That moment of inspirational play boosted them and they sealed the set 7-5.
Murray and Lopez were constantly chatting to each other, even as one waited to receive serve, and something the Spaniard said provoked the two-time Olympic champion into a wry smile.

Lopez was broken early in the second but as the sun went down behind the clubhouse -- the spectators wrapping themselves in towels to keep warm -- they broke back and then broke again, leaving Murray to serve for the match.

However, he was broken and the defending champions went on to win the tie-break.

Murray and Lopez, though, were not to be denied and, despite some nervy moments in the champions tie-break, they came through and just about had the energy to embrace each other and raise a hand to the crowd at the end.