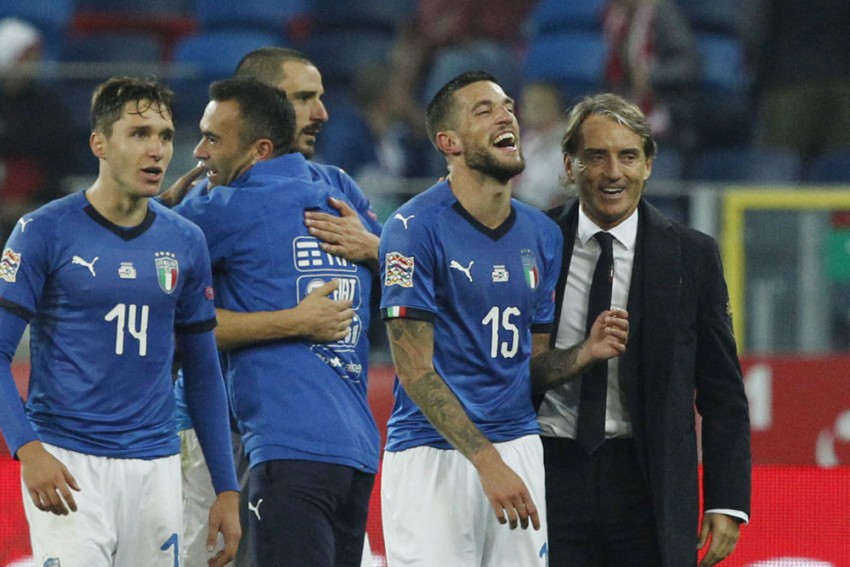 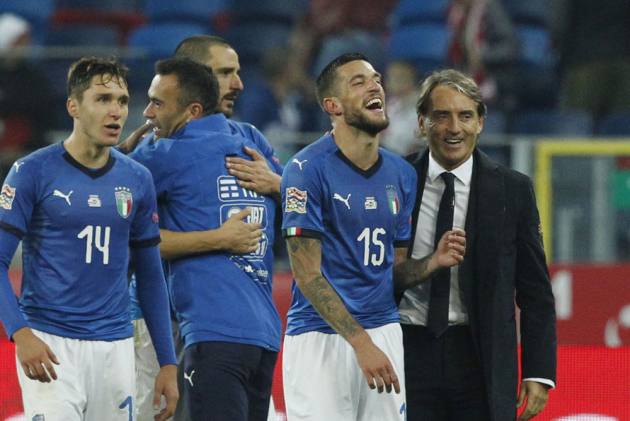 Roberto Mancini has been given a significant vote of confidence by the Italian Football Federation (FIGC) after signing a new contract that will keep him in charge of Italy until after the 2026 World Cup. (More Football News)

Mancini was appointed in May 2018, taking over from caretaker manager Luigi Di Biagio after he had replaced Gian Piero Ventura the previous November.

Ventura had failed to guide Italy to the 2018 World Cup, the Azzurri losing out to Sweden in a play-off.

It was the first World Cup Italy had missed since 1958 and forced the FIGC into a serious rethink before turning to Mancini, one of the nation's most-respected coaches.

He was initially appointed only until 2020, with an automatic extension to be granted upon qualification for Euro 2020, which Italy duly achieved with three matches to spare.

That triggered a two-year extension to run until after the 2022 World Cup, but the FIGC is seemingly so impressed with Mancini that they have deemed him worthy of a long-term deal.

Speaking at the end of the FIGC's federal council meeting, president Gabriele Gravina is quoted by ANSA as saying: "It is an investment of the federation for the future, and one that we owed to the fans.

"I am very happy, because as Roberto knows, it was an objective of the federation to continue this job and give it continuity in the future."

Mancini, who was also in attendance, added: "I am very happy, I thank the Federation and I thank the president.

"We have extended the contract, there will be many events and as the president said it is not easy to win, but we are trying to carry out a job that was started three years ago, which up to now has given good results.

"We have many young players to focus on, especially in the youth national teams, so our hope is that this work can bear fruit very quickly, we are very positive."

Mancini's Italy broke a longstanding national team record in November 2019 as they won 10 consecutive matches with a 3-0 result against Bosnia-Herzegovina, the streak eventually ending at 11.

They won all of their Euro 2020 qualifiers and their 10 victories in 2019 set a new record for the most wins in a calendar year for the national team.

Italy were drawn into Group A for the Euros, which start next month, meaning they will face Turkey, Wales and Switzerland for the right to reach the knockout phase.