Real Madrid Vs Chelsea, Live Streaming: When And Where To Watch UEFA Champions League, Semi-final Match 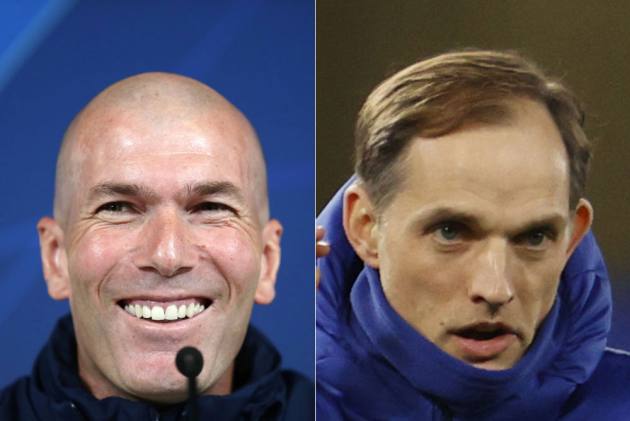 The focus will be on Belgian star Eden Hazard when Real Madrid host Chelsea in the first-leg of their UEFA Champions League semi-final clash in Madrid. (More Football News)

This will be the fourth meeting between the two former Champions League champions in the European competitions -- in the two-legged 1971 Cup Winners' Cup final and 1998 UEFA Super Cup final. And the English side are undefeated against Los Blancos.

Here are the confirmed XIs:

So, the onus will be Zinedine Zidane's side. And the most successful side in the tournament's history will rely on Hazard, who left Stamford Bridge to join Madrid in 2019. The 30-year-old has spent majority of his time in the Spanish capital either on the sidelines due to seemingly never-ending injury issues. But Hazard is fit to start against his old club. Hazard, if he takes the field, will have another former Chelsea teammate in Thibaut Courtois for company.

The match at the Alfredo Di Stefano Stadium, however, will be played under the shadow of the European Super League fiasco, with Madrid president Florentino Perez still confident of pulling off a coup. By the way, Chelsea were one of the founders, but they along with other six English clubs pulled out within days of the announcement of the breakaway league.

A victory over Madrid will be a massive achievement for Chelsea boss Thomas Tuchel, who's chasing double in his first season at Stamford Bridge. The Blues ended Premier League leaders, Manchester City's quadruple bid with a win in the FA Cup semis ten days ago.

For the record, Madrid hold the overall record for semi-final appearances in the Champions League -- 13 times, which is two more than any other side. Chelsea, on the other hand, have appeared seventh time -- most for an English side.

Madrid booked their spot in the final four after a 3-1 aggregate win over Liverpool, while Chelsea survived the FC Porto test with a 2-1 win over two legs.

And here's your local kick-off time:

ðÂ§­âÂÂ #RMFans! Here are the kick-off times around the world for tonight's @ChampionsLeague clash ðÂÂÂ @ChelseaFC!