Despite conceding his actions lacked wisdom, Neymar said he was compelled to react to Alvaro, citing a lack of help from the officials, during the volatile PSG vs Marseille match 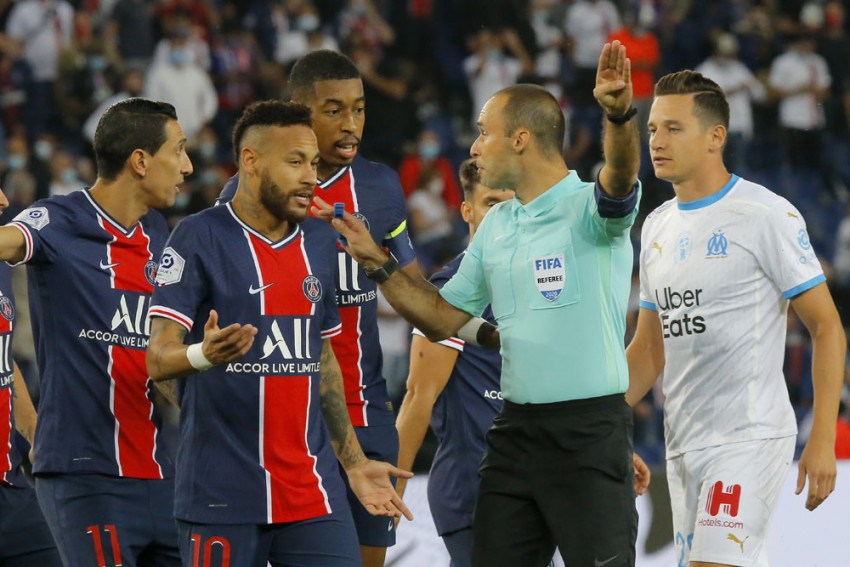 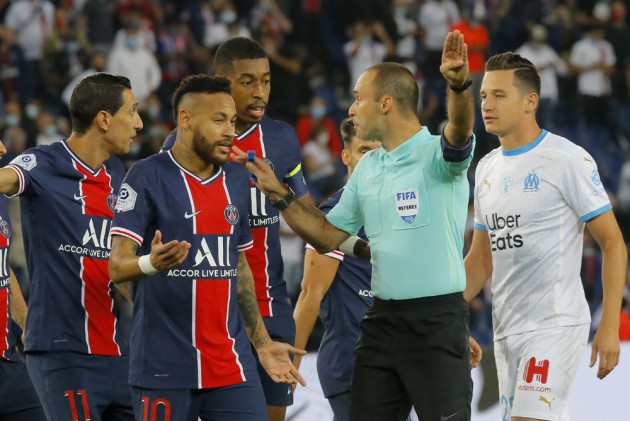 Neymar felt he could not leave the field without responding to Alvaro after claiming the officials ignored his accusations of racism against the Marseille defender. (More Football News)

Paris Saint-Germain superstar Neymar was one of five players sent off in scenes that marred the end of Sunday's Classique at the Parc des Princes, which Marseille won 1-0.

The Brazil forward saw red for striking Alvaro on the back of the head and their confrontation later continued on social media.

READ: PSG Back Neymar And Call For Investigation

Alvaro denied Neymar's allegations with a Twitter post that drew an angry response from the former Barcelona star.

PSG have backed Neymar and called for an investigation into the claims, while Marseille have since put out a statement insisting Alvaro is not racist.

In a lengthy post on Instagram explaining his actions, Neymar wrote: "Yesterday I revolted. I was punished with red because I wanted to hit someone who offended me.

"I thought I could not leave without doing something because I realised that those in charge would not do anything, did not notice or ignored the fact.

"In our sport, aggressions, insults, swearing are part of the game, of the dispute. You can't be affectionate, I understand this guy [Alvaro] partly, all is a part of the game. But racism and intolerance are unacceptable.

"I am black, son of black, grandson and great grandson of black also. I am proud and I do not see myself as different from anyone.

"Yesterday I wanted those in charge of the game (referees, assistants) to position themselves impartially and understand that there is no longer such a place for a prejudiced attitude.

"Reflecting and seeing all the manifestation that happened, I am saddened by the feeling of hatred that we can provoke when, in the heat of the moment, we snap."

Neymar continued: "Should I have ignored it? I don't know yet… Today, with a cool head, I say yes, but in due course, my companions and I asked the referees for help, and we were ignored. That's the point!

"I accept my punishment because I should have followed the path of clean football. I hope, on the other hand, that the offender will also be punished.

"Racism exists. It exists. But we have to stop it. No more, enough!

"Yesterday I lost in the game and I lacked wisdom. Being in the centre of this situation or ignoring a racist act will not help, I know. But pacifying this "anti-racism" movement is our obligation so that the less privileged will naturally receive their defence."