Following an LFP meeting on Thursday, PSG were announced winners of Ligue 1 as points-per-game was used to determine the final standings 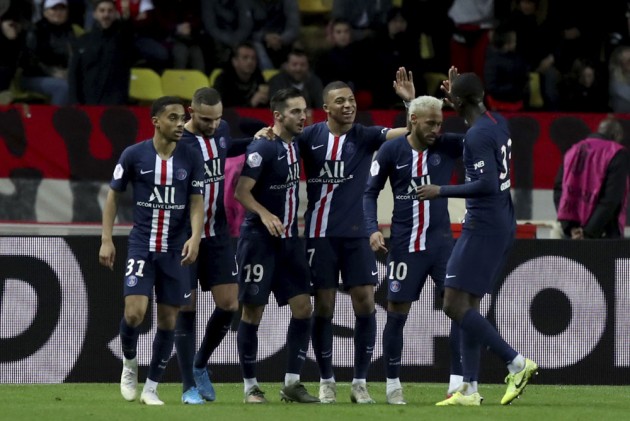 Paris Saint-Germain have been declared Ligue 1 champions after the Ligue de Football Professionnel (LFP) confirmed final standings will be decided on a points-per-game basis.

French prime minister Edouard Philippe on Tuesday said the 2019-20 football season could not restart as he banned any sporting events taking place before September, leaving the LFP to decide the "sporting and economic consequences" for the top two tiers.

Following Thursday's meeting, the LFP opted for the final league standings to be determined by points won per match, leaving PSG – who were 12 clear at the top before the campaign was halted – as champions.

"We have decided to work hard to find solutions. We still have difficulties ahead of us. We are in an environment where there is a lot of sporting tension," Nathalie Boy de la Tour, LFP president, said at a news conference.

"We had worked on recovery scenarios for mid-June. We worked on the economy and treasury for the clubs: sponsorship and ticketing. We had worked behind the scenes. I don't like to talk to say nothing – I'm coming to you with concrete things.