Arsenal lost at Anfield for their fourth straight visit in the Premier League as Mohamed Salah inspired Liverpool to a 3-1 win. 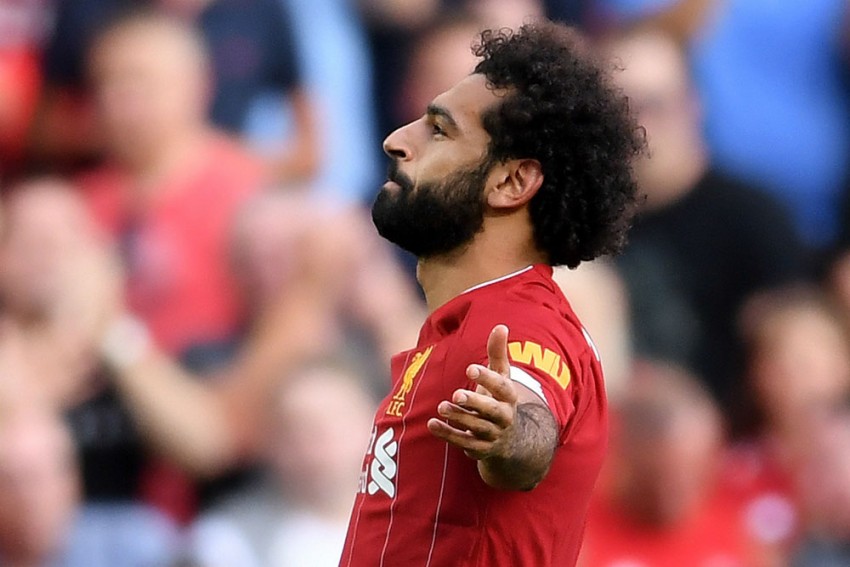 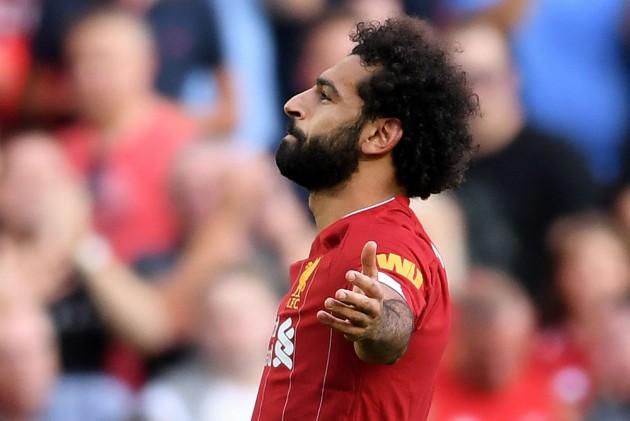 Joel Matip's header and Salah's second-half brace ensured the Reds moved three points clear at the top of the table, with the Gunners staying second despite suffering a fourth straight away defeat to Liverpool in the Premier League.

Although Lucas Torreira recorded an 85th-minute reply, Liverpool's victory means they have won 12 consecutive Premier League matches, breaking the club's record in the competition, while they are now up to 42 home league games without defeat.

Adrian's gaffe in the 2-1 win against Southampton did not cost Liverpool last time out but he was at fault again in the early stages, racing out of his goal to slice a clearance straight to Pierre-Emerick Aubameyang, who could only lob a bouncing ball just wide.

Mistakes continued to come at both ends. Dani Ceballos gifted Sadio Mane a chance but the forward fired his shot too close to Bernd Leno, then Jordan Henderson's lapse allowed Nicolas Pepe to race away, though he could not beat Adrian.

Liverpool took the lead in the 41st minute, Sokratis Papastathopoulos and David Luiz distracted by Virgil van Dijk and leaving Matip to meet Trent Alexander-Arnold's right-wing delivery, with another corner from the full-back headed over by Mane before the break.

Arsenal were unable to cope with Liverpool after the restart, David Luiz pulling back Salah in the box with the forward hammering the resulting penalty into the top-left corner.

Salah then span away from the Brazilian centre-back on Liverpool’s right flank, cut inside and slotted a trademark left-footed finish across Leno to make it 3-0.

Only Liverpool easing up prevented further Anfield misery for Unai Emery's men, with substitute Torreira beating an unsighted Adrian from inside the box for a late consolation.

What does it mean? Arsenal's false dawn

Battling victories over Newcastle United and Burnley indicated Arsenal had finally found a way to grind out wins, but this was much more like their brittle old selves. Liverpool cut them open time and time again, with Aubameyang and record buy Pepe cut adrift in attack.

As for Liverpool, it was business as usual in this fixture. They have now scored 25 times in Arsenal's last seven Premier League visits and Jurgen Klopp's European champions look strong title contenders once again.

Salah in the groove

The Egypt superstar did not have a huge impact on the first half but burst into life following the resumption. Salah's penalty was emphatic and he eviscerated David Luiz for his third Premier League goal of the season.

Back to earth with a bump for Ceballos

Ceballos recorded two assists against Burnley last time out in a star performance that had some hailing him as the successor to Santi Cazorla. But, facing a side who press as ferociously as Liverpool, the on-loan Real Madrid midfielder gave the ball away in poor positions far too often.

- Since Jurgen Klopp took over in October 2015, Liverpool have scored 26 goals in eight Premier League games against Arsenal – the most one side has netted against another in the competition in that period.

- Arsenal have now failed to win any of their last 23 away league games against fellow 'big six' sides (D8 L15) – during this run they have conceded 53 goals while keeping just one clean sheet.

- Since the start of the 2018-19 season, Arsenal have given away eight Premier League penalties - only Brighton (10) have faced more.

- Trent Alexander-Arnold has assisted nine goals in his last 10 appearances at Anfield for Liverpool in all competitions, including assisting once in each of his last five competitive home games.

- Nicolas Pepe has become the first player to successfully dribble past Virgil van Dijk in the Dutch defender's last 50 appearances in the Premier League, since Mikel Merino in March 2018 for Newcastle.

Liverpool go to Burnley next Saturday in their final game before the first international break of the season, while Arsenal must bounce back when they host Tottenham in the north London derby.

West Indies Vs India, 1st Test, Day 3: I Am Disappointed With Myself, Says KL Rahul