Home  »  Website  »  Sports  »  Premier League Is Back: The Games That Could Decide The Title, Relegation And European Qualification

Premier League Is Back: The Games That Could Decide The Title, Relegation And European Qualification

As it has been confirmed that the Premier League is set to return on June 17, we take a look at the pivotal fixtures still to come 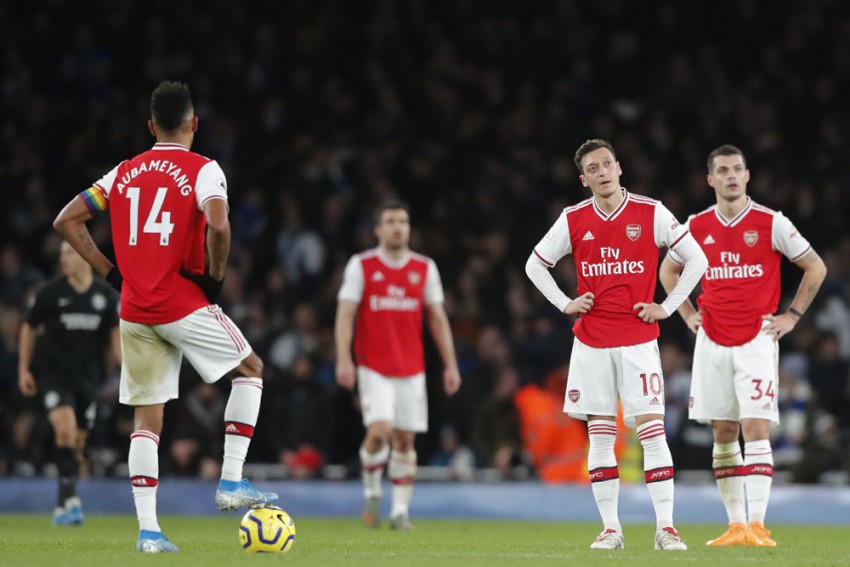 London derby between Tottenham and Arsenal has extra significance.
File Photo
Omnisport May 29, 2020 00:00 IST Premier League Is Back: The Games That Could Decide The Title, Relegation And European Qualification 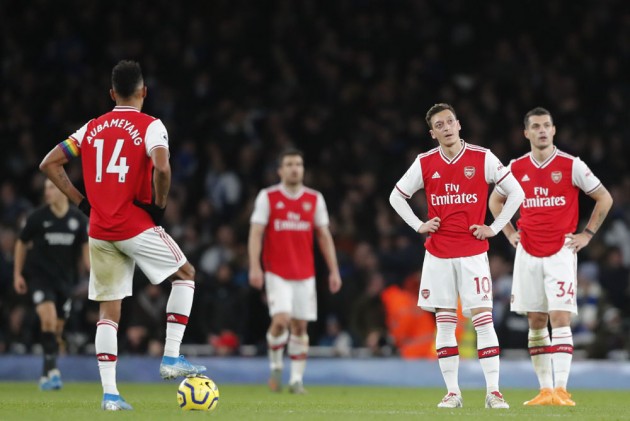 Premier League clubs fearing a cancelled season could decide their fate away from the pitch can breathe a sigh of relief after it was confirmed the top flight is set to return on June 17.

The 20 clubs have either nine or 10 fixtures each still to complete and though the title race may have already nearly reached the finish line, there is plenty to be decided further down the table.

Here, we take a look at the crucial fixtures that will determine the title, European qualification and the battle to avoid relegation.

Scott McTominay's derby-settling winner against Manchester City had helped Ole Gunnar Solskjaer build up plenty of goodwill back in March, but the United momentum has surely been halted by the lengthy break.

I think we all know what @McTominay10 has chosen pic.twitter.com/gLZBYvGY2J

They have a tough assignment first up against a Tottenham side that will likely have Harry Kane back from injury.

Solskjaer, whose own squad is set to be boosted by Marcus Rashford's return, has a fine record against the 'big six', though, and a win here - against a club led by his predecessor Jose Mourinho - would boost United's top-four hopes and significantly damage their opponents'.

It is a matter of when, rather than if, the Reds wrap up their first top-flight title in three decades, with Liverpool needing just two more wins to guarantee they will be crowned champions.

Should City lose to Arsenal when the league resumes, Liverpool could seal the title across the road from Anfield with a win at Goodison Park.

But the likelihood is Klopp's side will face Palace - the team who helped derail their title bid in 2014 with the 3-3 'Crystanbul' draw - knowing victory would end their long wait for Premier League glory.

Beyond Liverpool's imperious march to the title, the story of the 2019-20 Premier League season has been the Blades' magnificent campaign following promotion last term.

Sheffield. A city made of steel.

We will rise again. pic.twitter.com/2EwbeOILA4

The top four is still a realistic possibility for Chris Wilder's side, particularly if they can win their game in hand against Aston Villa and close the gap on fourth-placed Chelsea to two points, but they face a fight to qualify for the Europa League regardless.

They still have some tough fixtures left on the schedule, with Wolves, Everton and Tottenham their other three home games, but this contest against Frank Lampard's Blues will have a big say in their Europa League, or Champions League, chances.

Champions League regulars in recent seasons, there is a distinct possibility that neither Tottenham nor north London rivals Arsenal are even in Europe's second-tier competition next term.

Both are currently outside the top seven but within three points of Wolves and the Blades, who currently occupy the final two Europa League spots – presuming City's European ban stands.

This derby therefore has extra significance. The possibility of no European football in 2020-21 could also prompt Kane and Pierre Emerick-Aubameyang to seek pastures new when the transfer window reopens...

The destination of the title may be a foregone conclusion but the battle to avoid the drop is far less clear.

Even Norwich City, six points adrift, will believe they can survive given they must still face West Ham, Brighton and Hove Albion and Watford.

Only goal difference currently separates West Ham and Watford from the bottom three and they meet in a pivotal contest towards the back end of the season.

The Hammers are no stranger to final-day drama - their draw with United in 1995 handed the title to Blackburn Rovers, while Carlos Tevez's winner at Old Trafford in 2007 helped ensure they stayed up.

David Moyes' men may need more heroics if the fight to avoid relegation goes to the wire.

Villa will begin the resumption in 19th place, two points behind West Ham, but with a game in hand. All eyes could be on London Stadium on the final day.