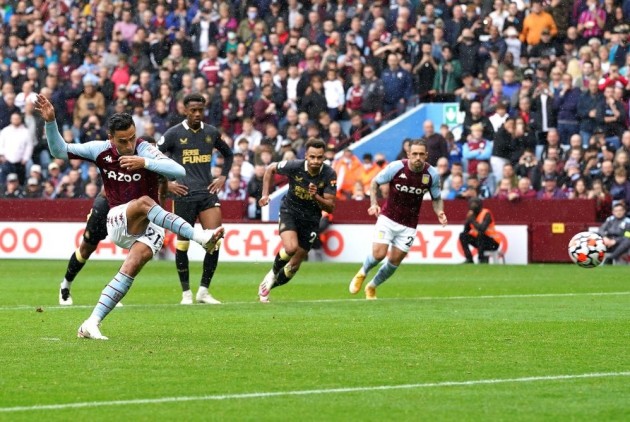 Anwar El Ghazi converted a penalty in the 63rd minute as Villa earned its first victory of the Premier League season while Newcastle slumped to consecutive losses.

Ings has scored in both of his matches with his new club, which signed him from Southampton using funds from the sale of midfielder Jack Grealish to Manchester City.

The striker was left unmarked as Tyrone Mings rose and flicked on a long throw-in by right back Matty Cash. From near the penalty spot, Ings' right-footer into the top right corner left goalkeeper Freddie Woodman no chance.

El Ghazi then sent Woodman the wrong way on the penalty, calmly firing into the left corner. The spot kick was awarded after VAR determined that defender Jamaal Lascelles had handled Mings' header from close range.

Newcastle's best chance at a full-capacity Villa Park came in the opening minutes, when striker Callum Wilson was in alone on goalkeeper Emiliano Martinez but shot wide right. Wilson had put his team ahead last weekend when he scored after five minutes in a 4-2 loss to West Ham.

Wilson thought he had earned a late penalty when Martinez charged out of his net and crashed into him inside the box. The referee awarded a penalty but VAR overturned it for Wilson being offside. Martinez received a yellow card. (AP)