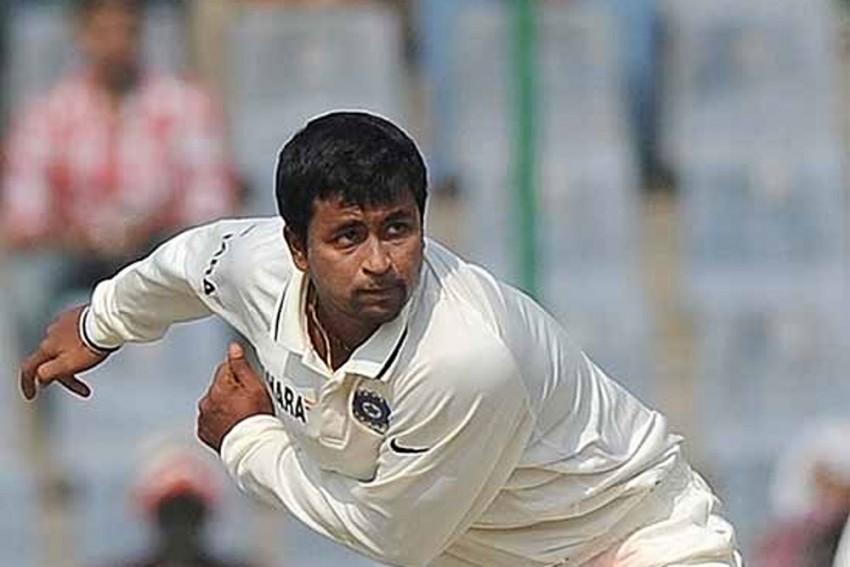 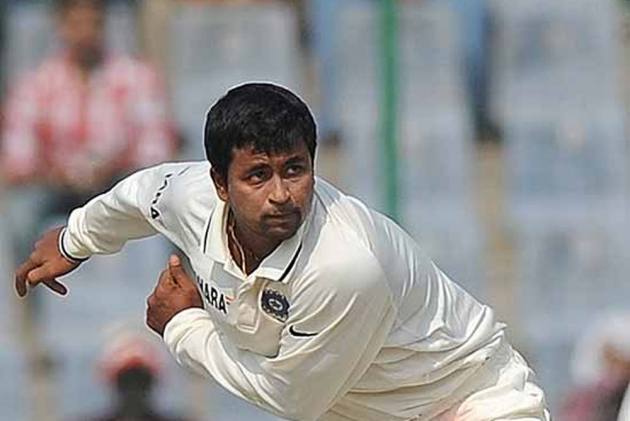 Tendulkar's final Test in Mumbai against the West Indies in November 2013 also became the last of the 33-year-old Ojha's career. He went out of favour after that but did not give any reasons for his decision to call it quits now.

Ojha, however, did not offer any reason for his retirement.

"I am writing this letter to tender my formal retirement from international and first-class cricket with immediate effect," Ojha posted on his Twitter account.

"To be an Indian cricketer and represent the country at the highest level was always a dream I cherished as a youngster.

"I fall short of words to describe how fortunate I have been to have lived my dream and earned the love and respect of my fellow countrymen," he added.

He said the most memorable moment of his career was receiving his Test cap from Tendulkar.

"(It was like) ... accomplishing the feat of taking 100 Test wickets. I hope to continue contributing towards the growth of Indian cricket in every capacity possible," he said.

In the early stage of his career, Ojha had a fruitful spin partnership with R Ashwin in Tests, taking 20 wickets in the 2011 home Tests against West Indies and 13 the following year against New Zealand.

"My eventful career has witnessed many ups and downs, Over time, I have realised that the legacy of a sportsperson is not just the outcome of his hard work and dedication, but also the faith and guidance bestowed upon by the association (team management), teammates, coaches, trainers and the fans," he said.

"I am indebted to the BCCI for giving me this extraordinary opportunity and putting their belief in me.

"It has been an absolute honour to be associated with the Board, an association that has shaped my professional life and also enriched my personal development."

Ojha, who competed for erstwhile Deccan Chargers and Mumbai Indians in the IPL, was once reported for a suspect action in 2014. He underwent corrective rehabilitation and was cleared in 2015 but was never a very effective bowler after that, leading to his axing from the national team.

"My journey with the Indian Premier League has also been a memorable one and the purple cap win will always be an indelible memory - a special mention of the teams Deccan Chargers and Mumbai Indians for making me a part of their legacy.

"I am thankful to VVS Laxman for mentoring me like an elder brother, Venkatapathy Raju for being the role model I always looked to emulate, Harbhajan Singh for being a constant adviser and MS Dhoni for providing me with the honourable opportunity to wear the Indian cap.

He also thanked his contemporaries Rohit Sharma and Manoj Tiwary "who have shared many eventful moments with me and my Hyderabad teammate Amol Shinde".

Ojha played first class and List A matches till 2018.

Ojha's first-class career spanned more than 13 years between 2005 and 2018 during which he played for Hyderabad and also captained Bihar in the Ranji Trophy.

"I have been a part of the Hyderabad Cricket Association for close to 14 years, and the incredible experience I have gained will have an ever lasting impact.

"I am thankful to Cricket Association of Bengal and Sourav Ganguly for extending their unwavering support during a rough patch of my career. I also appreciate the Bihar Cricket Association for allowing me to lead their team for the short duration that I spent with them."