Pierre-Emerick Aubameyang has missed Arsenal's last two games after contracting malaria, but Mikel Arteta has confirmed he is on the mend 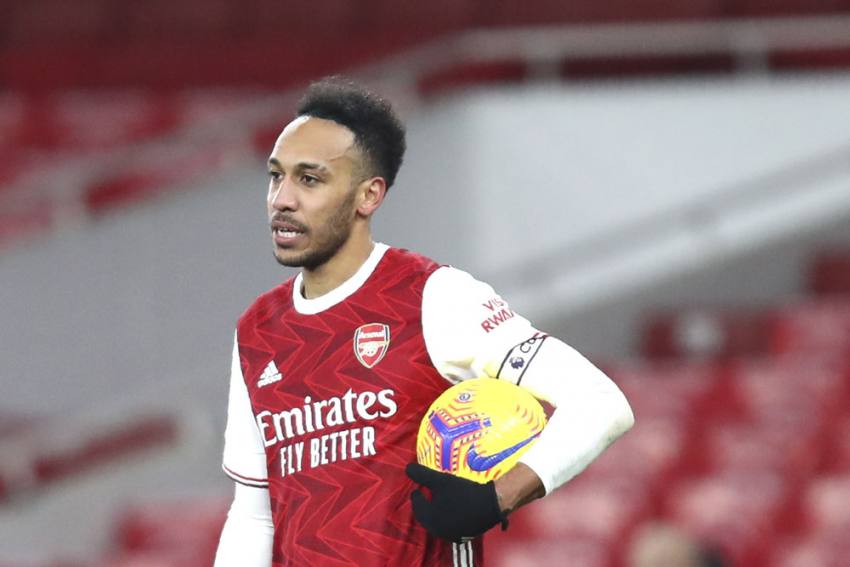 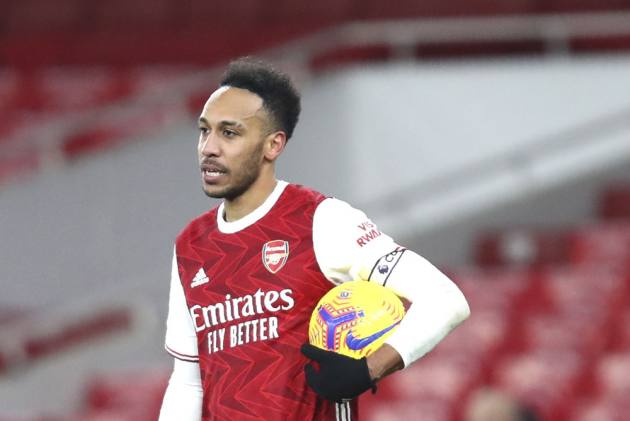 The Gabon striker has been left out of the squad for Arsenal's last two matches and revealed on social media on Thursday that he contracted the virus during the recent international break.

Aubameyang posted a picture of himself in a hospital bed and wearing a gown, but he has now been discharged and his health is improving.

Speaking at a news conference after Arsenal's 4-0 win over Slavia Prague on Thursday evening, which saw his side through to the Europa League semi-finals 5-1 on aggregate, Arteta said: "We just spoke with him. He's at home, he's fine.

"He had two days in hospital to get the right treatment, but he's feeling good now.

"Everybody has been in contact with him. He's been really supportive with every team-mate through messages and calls.

"He was watching the game like everybody else at Colney. David [Luiz], Martin [Odegaard], Kieran [Tierney]. Everybody who has not been able to be involved.

"It is what it is, these things happen. He travelled to his country and he picked it up and you know that these risks always exist."

Aubameyang has sat out Arsenal's wins over Sheffield United and Slavia, but he started the 3-0 loss to Liverpool on April 3 and was a second-half substitute in last week's first-leg against the Czech champions.

"When he wasn't involved against Sheffield United, two days before he wasn't feeling good, but nobody could expect that was the case," Arteta added.

"They did some more tests and that's when it came up and straight away the doctor realised very quickly what had to be done and they did a great job. He's safe and he's feeling good."

Aubameyang has not scored for Arsenal since the 1-1 draw with Burnley on March 6 in the Premier League - one of 14 goals he has managed in all competitions this season.

Arsenal host Fulham and Everton in their next two Premier League games, before the first leg of their Europa League semi-final with Villarreal on April 29.

Arteta is unsure when Aubameyang will be fit enough to return but is hopeful of having his captain back involved sooner rather than later.

"We'll see how he recovers," Arteta said. "I think he will need a few days to recover from that. He wants to back as soon as possible, that's what he said to me.

"But I don't know. If the treatment is efficient it shouldn't take too long."

Arsenal have won eight, drawn five and lost nine of the 22 Premier League games Aubameyang has started this term, compared to five wins, one draw and three losses in the nine games he has not started.

The Gunners also average more goals per game without Aubameyang in their line-up - 1.8 compared to 1.2 - while their average goals against figure rises from 1.0 to 1.2 when he is not included in the XI.