Pele Pays Tribute To Diego Maradona: One Day, We Will Play Ball Together In The Sky

The only player, whose name was taken in the same breath with Pele, Diego Maradona died two weeks after undergoing a surgery to remove a blood clot in his brain 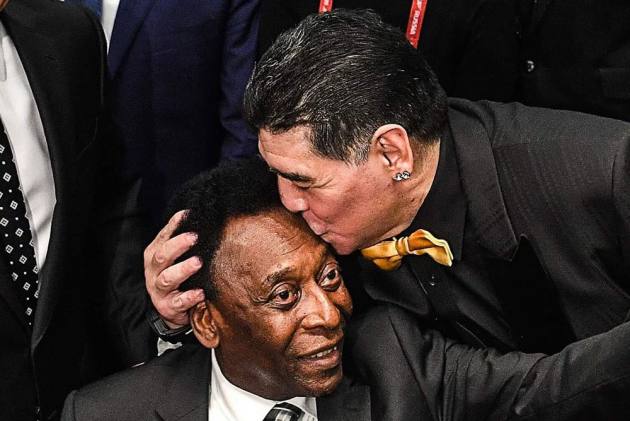 Brazillian soccer icon Pele hoped he would "some day play ball with Maradona in the sky" as he paid tribute to the Argentine maverick, who died after suffering a cardiac arrest on Wednesday. (More Football News)

The only player, whose name was taken in the same breath with the 'King of Football', the 60-year-old Maradona died two weeks after undergoing a surgery to remove a blood clot in his brain.

"What sad news. I lost a great friend and the world lost a legend. There is still much to be said, but for now, may God give strength to family members. One day, I hope we can play ball together in the sky," Pele tweeted.

Pele and Maradona had tremendous mutual respect and admiration for each other's skills.

Despite a 20-year age difference, the two were good friends for decades and are widely regarded the most gifted to have played the beautiful game.