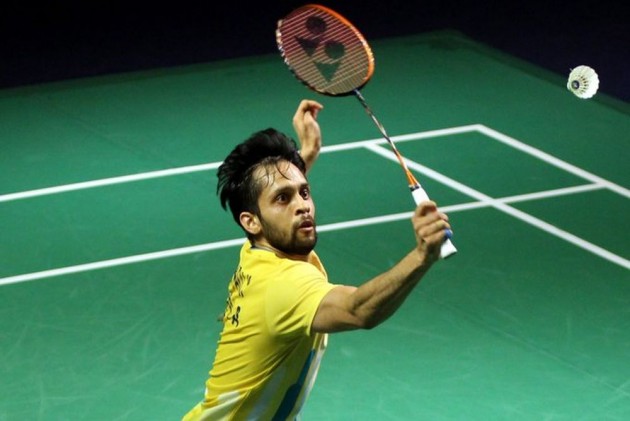 Parupalli Kashyap progressed to the men's singles semi-finals of the Korea Open World Tour Super 500 with a straight-game win over former World No. 2 Denmark's Jan O Jorgensen on Friday (September 27).

In a clinical display, the 33-year-old from Hyderabad, who is the lone Indian left in fray, outsmarted Jorgensen 24-22 21-8 in 37 minutes to make it to his second semifinal of the season. He had reached the last four at the India Open Super 500 tournament. (BADMINTON NEWS)

The 2014 Commonwealth Games gold-medallist will now face World No. 1 Kento Momota of Japan on Saturday.

A former World No. 6, Kashyap, who was promoted from the qualifying round, had last played Jorgensen five years ago at the Denmark Open.

The Indian entered the match with a 2-4 record against Jorgensen, a 2015 World Championship bronze medallist.

In the first game, the duo engaged in short rallies initially and spilt the first 8 points. A couple of backhand error and Kashyap was lagging 5-8.

Another miscued shot at the net and a wide smash gave Jorgensen an 11-8 advantage at the break.

After the interval, Kashyap garnered a few quick points to turn the tables on his rival, reaching 14-12. The Dane hit the net thrice and also went long, while Kashyap unleashed two powerful cross court smashes.

A precise slice helped Jorgensen break the run of points and then level par when kashyap committed an error.

Jorgensen then held the game point opportunity after a precise smash at the backline. However, a jump smash from the Indian made it 20-20.

Kashyap then earned a game point only to give it away. However, the Indian grabbed a second game point opportunity and converted it when his opponent hit the net. He thus sealed the first game which lasted 22 minutes.

The second game started on a similar note with the duo tied 3-3 initially. Kashyap then took control of the net and curbed his errors to reel off five straight points.

Jorgensen tried to up the pace but unforced errors pegged him back as Kashyap held a 11-7 lead at the breather.

It was mostly one way traffic after the break as Kashyap found the gaps easily even as his rival got buried in a heap of unforced errors. Kashyap grabbed the next nine of the 10 points to move to the match point and then sealed it with a smash.