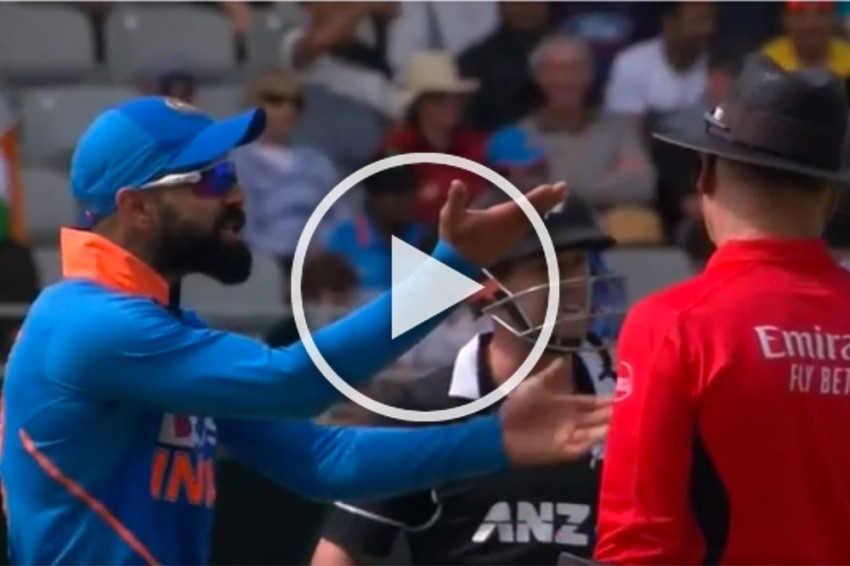 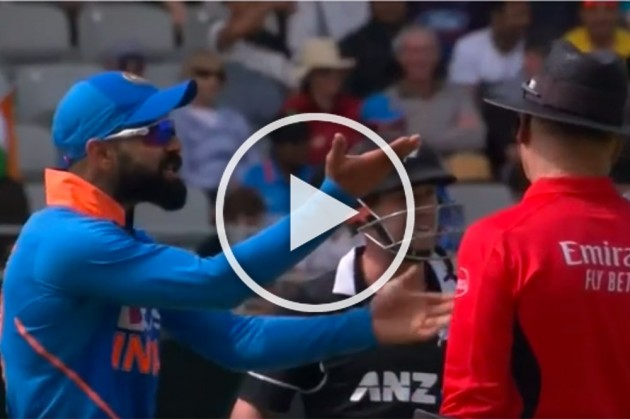 Indian cricket fans supported an angry Virat Kohli after the skipper lashed out at umpire Bruce Oxenford for allowing New Zealand to take a late Decision Review System (DRS) during the second ODI match at Eden Park, Auckland on Saturday.

Opting to bowl first in the must-win match, India ran into the Kiwi openers, Martin Guptill and Henry Nicholls. The duo posted 93 runs in 16.4 overs, then it happened. Nicholls played an ill-advised sweep shot against Yuzvendra Chahal and was hit on the pad forcing Oxenford to raise the finger.

Nicholls and Guptill, after a long discussion, took the review but the time was already elapsed. That infuriated Kohli and the skipper was seen arguing with the umpire.

Chahal, who had earlier dropped Nicholls in the 15th over as India started nervously in the field again, got the wicket despite the review.

Indian fans took to social media platforms to support the skipper. Here are some reactions:

Second time seen the DRS review asked after the 15 seconds had elapsed on the TV screen. Apparently what they show on the screen and the actual number is different...?#NZvIND #INDvNZ

Very bad umpiring in 2nd ODI between IND and NZ. As time was over so how the third umpire entertain the DRS. Very shaneful as it appears on big screen too. @ICC @BCCI @imVkohli #askstar @StarSportsIndia @RaviShastriOfc

@ICC this is ridiculous, the umpire allowing a DRS after timer has ended!! @imVkohli was absolutely right arguing with the umpire...... Completely ridiculous

Ross Taylor once again produced a rearguard act with an unbeaten half-century to rescue New Zealand to 273 for eight.

Put in to bat, New Zealand got off to a positive start as Guptill (79) and Nicholls (41) put on 93 runs for the first wicket.

Guptill smashed a run-a-ball 79 to give the Black Caps a good start but they lost seven wickets for 55 runs to look down the barrel at one stage.